Experience the ancient Swedish phenomena of year walking through a different kind of first person adventure that blurs the line between two and three dimensions as well as reality and the supernatural.

Year Walk from two-man Swedish independent development team Simogo (the same that delivered “Beat Sneak Bandit” that made our honorable mentions list for mobile games in 2012) is the latest interactive art installation from their critically acclaimed body of work – an amazing feat considering the company only launched as recently as 2010.

In this mysterious exploration of an alleged Swedish practice that sounds akin to an Australian “walkabout,” the player navigates across a beautifully hand-painted pastoral landscape featuring animated snowfall and esoteric creatures that wander between dimensions via a series of screen swipes. As you drag across the panoramic storybook vista, small translucent arrows pointing up or down will occasionally appear to indicate that you can zoom in or out of the current frame.

Walk Off The Earth

Playing with headphones on at night, this seemingly simple interaction actually evokes some rather haunting and spine-tingling moments as ghostly figures suddenly appear where once there were none, and passages you had traversed to their end suddenly reveal new pathways. It is very effective in evoking the sense that you are maneuvering as though in a dream; while you have some sense of control, you are ultimately a prisoner observing with awe and dread what may next make itself known to you.

Shortly after leaving the comfort of your cabin in the woods, you will encounter a wooden box with a series of shapes carved into its edges. You will turn them and the wheel will quickly dial back to its start position and you will wonder if anything at all happened as a result. This is a feeling you may continue to experience as you spend your first fifteen minutes with the game. But take heart, there are things moving about in these woods, and strange interactions between the various objects and icons you will encounter.

When you do interact with your first being, dialogue is straightforward, popping up like text in a silent movie – taking over the entire screen. The relative lack of decision branching here is what makes this lean as much towards an interactive narrative fiction in the vein of Dear Esther (link to our review) where you have the illusion of choice as opposed to a puzzler like Myst.

But this style of narrative is very compelling, as it is your own timing that propels the story forward towards some end and the act of your hand turning the virtual page can evoke some real feelings of dread, as you may, by the touch of your finger on glass, be propelled into a fearsome tight quarters, engaging a bizarre entity performing some unnerving ritual practice.

I suppose the same action could be argued of a good paper novel, but in a “game” environment, the “turn of the page” may launch you into certain events over which you no longer have dominion and can only watch in wonder and horror as things unfold. It is a terrific use of the platform, in fact it is a terrific showcase of the touchscreen as a platform for expression, and it could just as easily be viewed as an art installation as a game.

Year Walk is indeed a game, as opposed to an interactive painting (and the blurring distiction between the two), as you must remember the strange combination of moves that lead you to certain areas – a sequence of moves that is constantly increasing in number. The game however, is not for those who are hungry for instant action; the puzzles can be very tricky, using trial and error, research, even musicality to be solved. So pretend you are at the Science Center, and poke, prod, twist and turn whatever you find you can interact with. And play close and careful attention.

Year Walk, will not hold your hand as you try to make your way through the woods at night and you will not even face the same sorts of puzzles more than once or twice. Some involve number or symbol combinations, others basic problem solving, others require you to repeat musical notes in sequence, so you had better bust out those ear-training CD’s you bought back in the 90’s.

On the subject of music, the eerie, almost nondescript soundtrack supports this world in a manner so subtle it might as well be subconscious. A dreary solo fiddle, or pulsing ambient drones wisp in and out of focus as you negotiate the mysteries of time and place.

While the developers recommend that players also download the free “Year Walk Companion,” I find this to be an understatement; the companion is a field guide to the various symbols you encounter in the game and I feel it is rather indispensable to participating fully in the experience. Not only does it help explain the folklore on which Year Walk is based, but without it, you may find yourself rather at a loss as to what is going on, or how to progress. It is a “mini-encyclopedia” to keep handy when playing, or in preparation for your strange fever-dream adventure through the winter woods.

Walk On Your Hands?

One strange quirk to the game is that it begins and plays “upside down” on my iPad. I know this because of the case in which I house my iPad mini – a bluetooth SHARRK keyboard with a latch mechanism on the top side. I had to keep turning it around to play Year Walk, where for other titles it was oriented the opposite way. Even screenshots were saved in the inverted position. I don’t know why this would be, and I doubt it was a deliberate design choice – but hey, maybe it was – just to make sure I was paying attention…

I do wonder if the game would be quite as enriching without the Companion guide. Perhaps a semblance of a tutorial in the start of the game would help to orient and motivate the less abstraction-obsessed player. But then, there are so many other titles available for those not into this sort of obscurity, that I can’t take points away from Year Walk for sticking to its guns and being somewhat obtuse from the outset.

All told, Year Walk offers an immersive, emotionally gripping experience whose deceptively minimalist mechanics afford a truly visceral path through some heretofore uncharted cultural backwoods. It is daring and stimulating and embodies the best of what independent games have to offer – artistically brave and experimental concepts that can be uniquely engaging. For that alone, it is well worth the price of admission.

Get Year Walk at the iTunes App Store (US link) 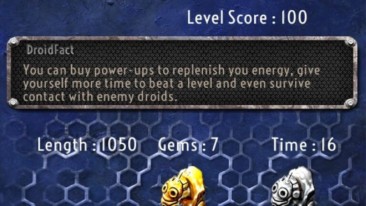 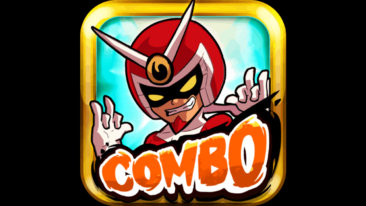