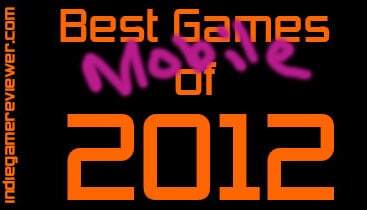 Unlike our epic GOTY list for all platforms (excluding mobile devices) we are going to keep this one short and sweet. There are simply hundreds of thousands of indie games available on the iOS and Android platforms so it is impossible to attempt to be comprehensive let alone definitive. Instead, we are going to point out five that we spent a lot of time with and thought were as solid as could be.

“The creation of indie French developer The Game Bakers, SQUIDS Wild West is the sequel to the popular role-playing game SQUIDS, which has had over one million downloads worldwide.

It’s a testament to something when I can tear my six-year-old nephew away from the latest Angry Birds DLC to show him a pre-release of a new title and he spends the rest of the afternoon with it, having forgotten all about pigs and Cardinals with monobrows.

Like Angry Birds, SQUIDS uses physics to propel and knock around objects and adversaries in its world albeit in a slightly different manner. Here you press and drag on your currently active Squid (of which there are four classes – a healer, a tank, a scout and a ranged shooter – each with their own special abilities) to extend their tentacles and propel them in any given direction you choose. Their range of motion is limited by a finite set of action points per turn, as displayed by the bubbles that surround them.

There are many iOS games attempting to dethrone the mighty Birds. A vast majority of them are either sub-par in their own right or simply too derivative to supplant it. In the case of SQUIDS however, this reviewer has unwittingly wiled away many sunny hours, lost in its undersea adventures. Is it mind-blowingly innovative? No, but it is as solid a new entry as can be found in this mixed genre.”

– From the original IGR review of Squids: wild West by Indie-Game-Freak

“Quell Reflect is the successor to the simply named “Quell” – a contemporary re-visioning of a puzzler created a decade-and-a-half ago, wherein you navigate a circular object (originally a smiley face, now a droplet of water) to collect all the “gems” on a given level. In some levels you will have two or more player objects that may be combined, sacrificed, or used in other clever ways to gather up all the goal points in as few moves as possible.

It is no surprise that the game immediately belies some savvy in design, as its “game director” Joe Moulding previously worked on such AAA titles as Timesplitters and Crysis 1, 2 and 3, and its art director Lewis Boadle worked on the beloved 007 GoldenEye series.

In many ways Quell Reflect reminded me of Smudgecat Games‘ astoundingly rich Adventures of Shuggy – always presenting fresh puzzle ideas (as opposed to merely lowering the time threshold or number of bad guys or using twitch mechanics or pixel-hunting). Except where Shuggy can at times feel like an agility-reliant platformer, the Quell series has a relaxing, contemplative design and path to solving.”

A brilliantly rendered, relaxing puzzle game for the casual set.

Indie developers Hexage have mastered the art of making things like they are glowing under ultraviolet light. This foray into tower defense is incredibly well balanced and polished, adding laugh out loud humor in the cut-scenes between levels. Yes, upgrades that can make the difference between victory and defeat must be purchased at a buck a piece, but there is always the chance that your cunning and ingenuity might get you through without ever having to spend a penny.

A truly engaging, pick up and play title with terrific graphics for the Android mobile platform.

From the makers of Orcs Must Die (1 and 2) comes an asynchronous multiplayer one-on-one combat strategy game featuring six different kinds of clans that include the human Council, Dark Elves, The Tribe (orcs and such), The Shaolin (monks and ninjas etc), Dwarves and Team Fortress 2 (available when purchased via Steam). The game is free and comes with just the Council, but you can pay a la carte for each new clan or purchase the lot. It is cross platform between iOS and Steam.

Think of it as a combat version of Zynga’s Words With Friends, if the above doesn’t already make it clear. Easy to pick up and a heck of a lot of fun.

“MegaCity HD is a tile-based puzzle game wherein you must accumulate a certain number of points, derived from property values, in order to clear the ‘hot-seat’ row. These property values come from squares upon which houses are built, with the value of any given square being increased or decreased by a wide variety of other buildings that modify the point values of spaces around them. It plays out like a form of Tetris or perhaps Minesweeper, but careful consideration of the effects of different building types, from a police station to a shopping mall, add a much richer dimension to a title that could otherwise seem far too derivative. And in these considerations, MegaCity HD becomes an extraordinary example of good game design, made particularly more striking by virtue of the fact that it is the developer’s first release.”

(The Men Who Wear Many Hats)
A retro re-imagining of beloved edutainment title Oregon Trail wherein you must escape the city in your 70’s jallopy, mitigating the dangers of a post-apocalyptic world overrun by zombies. Well done and fun to play. The PC port is coming soon, and you can support the game via Steam’s Greenlight

(Simogo)
A groovy platform puzzler/stealth/rhythm game with lots of charm and crisp visuals. What sets this stealth platformer apart is that everything in it moves rhythmically, just like the simple controls: “Tap to the beat to sneak”… 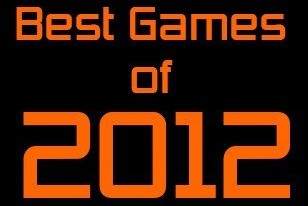 Top 10 Best Indie Games of 2012, Honorable Mentions and IGR’s Most Anticipated Games for 2013 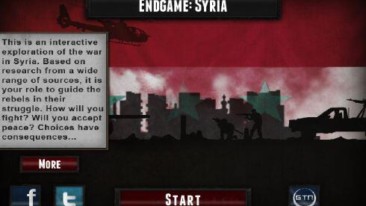 “Endgame: Syria” Gets Rejected By Apple for Political Reasons, But OK for Android