FEATURES:
– iPhone4 retina display with high resolution graphics
– Capture and train various type of spirits. Each spirit is equipped with unique skills.
– Quests and boss fight! Defect and capture the powerful bosses.
– Freedom on training. Train your guards wisely and make them as powerful as they can!
– Player versus player group fight!
– Advance to become more powerful summoner by leveling and gaining reputations!
– Acquire the skills to transform your guards!

Pocket Summoner is a Pokemon-inspired PvP online Freemium game that awards those willing to open their wallets, but that offers sufficient “non-paying” adversaries to grant much idle time spent going back and forth obsessively as you aspire to level up and unlock new PC’s, known as “Guards” to distract you from real life affairs.

Yes you read that right – this is an online game for your iOS, meaning it requires a consistent internet connection to play, so unless you are on a 3G/4G capable device, or an iPod Touch with Wi Fi nearby, you will be unable to play the game at all.

Pcoket Summoner consists of building up a stable of warriors, herein named Guards, to protect you, but really they are just meant to duel with other players, in sets of three. There are no modification or spell cards, no environment cards – just the three guards you choose to put in your stable. Experience points for leveling up your guards are earned through the simple act of engaging in combat (you are rewarded “EXP” either way, though a win results in earning REP points), or through completing “Quests”.

Quests involve little more than ticking their progress meter along until your time-restored allotment of Quest Points has depleted. There are no decisions to be made, or dialogue trees or even story to speak of. Just a list of named locations that contain a series of progress meters to which you spend your Quest points. You have a finite number of quest points that, once depleted, only time will restore.

As you wait for new Quest Points to accrue, you can switch back to PvP mode and beat down some other Pocket Summoners – usually those at your level or below since aside from some tight optimizations, you really don’t stand a chance against mozzies beyond your current advancement.

After level 15 or so, the game becomes a serious grind as you repeat quest after quest (typically the most recent you can handle at your level without getting your ass handed to you, that offers the highest return on experience points) and thus becomes quite repetitive and more of an OCD ritual than anything else. One fun and mildly creative/interactive feature of the game (and maybe I am being generous in calling it a feature) is the ability to name each of your guards as you please and so, as you encounter the archetypes you can customize them to reflect your personality. This can be telling when you see what your opponent has chosen as the name for their guards when you go into combat, giving a sense of their character and possibly even play style.

Additionally, you are able to click a potential opponent’s Guards and see how they have configured them, offering you clues to how to designate your own skill points as you configure your pawns. There is not much to the special skills that any Guard offers beyond a list of up to three that are unlocked at their respective level progressions. The problem with this is that there is little strategy involved beyond disseminating skill points as you level up. Eventually, a character can become obsolete, leaving legitimately strategic tactics by the wayside.

I found that putting beaucoup points into your SPD (attack initiative) and MATK (magical attack) skills tends to be par for the course. Most adversaries that were whupping my behind were usually loaded up in these areas to the degree that their level advancement allowed and so we can see something of an exploit in the core balance. Of course additional points can and should be added to your INT (better chance to use special skills) and MDEF (magical defense) skills where possible, but really it boils down to who hits first, who hits more often and how hard they hit.

Every day that elapses you earn a daily bonus which amount is determined by your current level, thus again, without doing a thing you accumulate bucks to spend for upgrading your character skills. Let us not forget, however, the Freemium component of this title that will require real dollars to get the core components for upgrading your guards to their full potential.

To give you a sense of the pricing you will face to get the upper hand, here is the menu:

Again, I should disclaim that I managed to get a solid month and a half of moderate time-sucking enjoyment out of this title without spending a cent, but if you mean business, you should take heed of the expense.

Pocket Summoner offers hours of distraction at a price that can’t be beat albeit with limited variety and a lopsided pay-for-the-advantage model. Crisp, endearing graphics and a well-populated, enthusiastic online player base, along with an advanced guild/clan mode set it apart from the pack, though questing is overly simple and sound design is provisional at best.

Pocket Summoner is worthy of an install, though it may eventually become little more than a glorified interactive screen saver without a serious investment of time and/or real cash. I give it an extra half star because I would be lying if I told you I wasn’t constantly going back for another round in the deceptively simple title.

Get Pocket Summoner at the Apple App Store 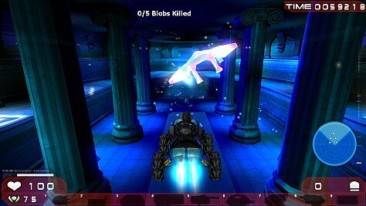 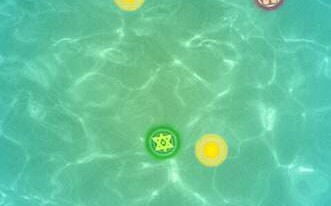