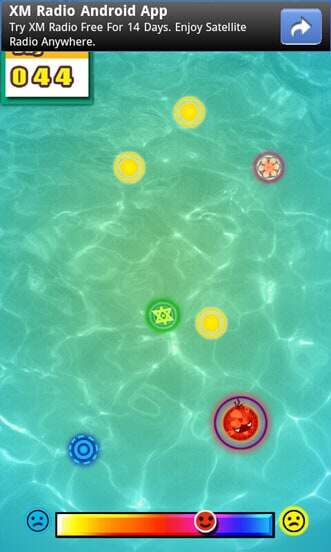 Xperiment SB1 – What We Think:

In Xperiment SB1 from Interactive Exchange Company, you take on the role of some form of microorganism known as Furry Ball. Your life consists of floating around in fluid absorbing whatever comes too close to you. A simple existence and an equally simple concept for a game.

A meter at the bottom of the screen measures your happiness and, as with all things in life, balance is the key. Too much one way or the other will mean your death. While the meter slowly ticks its way to the right, many of the creatures that cross your path will affect your status when you devour them, swinging the meter to and fro. Quick finger swipes anywhere on the screen give you control over Furry Ball, leaving you with the seemingly easy task of avoiding organisms that will push you too far in the wrong direction, while devouring those that will keep you on an even keel.

At first, I thought this was far too simple an idea to be interesting, but I quickly found minutes flying by as I tried to get that damn ball not to die. As I travelled through the days of story mode’s increasingly dangerous levels, I couldn’t help but be engrossed. I can tell you first hand that finishing the game is a challenge of near epic proportions. Sure, this won’t be a game you sit at home and play in lieu of some quality and increasingly rare time with your console, but it’s perfect in five or ten-minute intervals whilst you wait in line somewhere (as could be argued for most casual mobile games). But isn’t that exactly what we want on our phones? I was reminded of the moments of joy I had when I discovered my first cell phone had Snake on it and I suddenly had something to do, other than stare at the walls, at my doctor’s office.

Unfortunately, the copy I was given by Interactive Exchange Company PL was the free version now available on the Android Market, so I can’t tell you what what either of the other two game modes (Grow & Challenge) are like, but at $0.99 I can easily recommend Xperiment SB1 on the story mode alone.

In summary – Xperiment SB1 won’t change your world, but it is certainly worthy of a look as you browse through the free games on offer for the Android platform. And in a way, that is saying a lot. 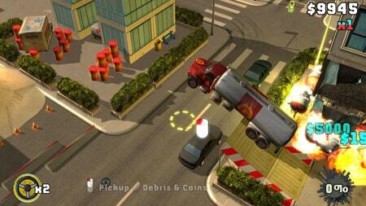