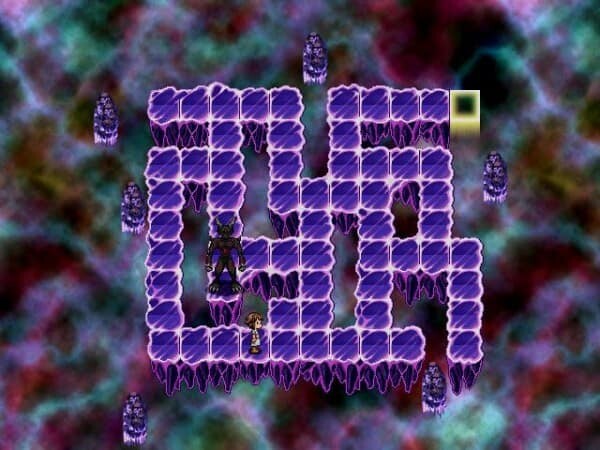 Labyrinthine Dreams: What We Think

Short but sweet, Labyrinthine Dreams uses a variety of different puzzles to string together a touching tale of one young woman’s life-or-death battle against illness.

Beth, What Can I Do?

The game begins with the protagonist, Beth, floating peacefully within a bubble against an ethereal backdrop. The end of her life is approaching, and she has decided to take a few minutes to reflect on her life’s journey.

The game’s throughline is made clear as the first type of puzzle is introduced: You are bound by the rules. Beth first appears at the mouth of a mythical forest, and is warned that, once inside, she can only move forward and right. Each of the mazes within the woods are bound by these same restrictions.

For each puzzle that Beth solves, a further insight into her life is revealed. The tales that are presented in the forest stage come from Beth’s father. He expresses regret over his stalwart adherence to “the rules”; he thought the best way to serve his family was to work hard, and seize upon opportunities in his office life. Could there have been another way?

Later chapters come with other types of puzzles, each possessing its own set of rules that change how each puzzle is completed. The way out of a stage is always visible, though unless you can reach it using the regulations for the area, you can’t complete the stage. The overall message seems to suggest that the restrictions we place on ourselves only serve to make our lives far more difficult than they need to be.

Labyrinthine Dreams is built on Enterbrain’s RPG Maker, and makes great use of some original 16-bit style sprites. The artwork that accompanies the narrative, though cartoon-like, is incredibly warm and endearing. Seeing Beth and Artie interact, even in stills, added a lot of emotional weight to the tale.

The soundtrack is surprisingly diverse for a game that is so short in length. It can at some points come across as serene, deep and quietly mournful, though it can surge in instances where the intensity of the game amps up. It’s all beautifully composed by Joel Steudler.

Unfortunately, the quips from Beth’s father come without any visuals, save for the text against a black backdrop. Perhaps this was a way of conveying that he was no longer in the realm of the living? Whatever the intention, I still felt it would have been nice to have a face to put on Beth’s father.

The tale leaps between this world and the other-worldly, making for a somber, dream-like environment that occasionally dips its toes into the nightmarish. Occasionally, Beth is torn from her recollection, and must run to escape her demon (her relentless illness). These stages also have a rule in place: For every square that Beth moves, her demon can move two. Using the environment to snare the demon is the only chance she has to reach the exit before she is overtaken.

I was on the verge of detecting a “poor me” vibe, which is understandable, given the subject matter, and the first person perspective that is employed in delivering the story. Fortunately, not long afterward, the tale takes a twist that brings it all together. Beth’s tale, though brief, is full of touching moments, sorrow, and (most importantly) joy.

I managed to complete the tale in just under two hours, and that included time struggling with a few of the puzzles. The five dollar pricetag seems to be just about right; you won’t likely play the game a second time, but it is certainly worth the time and coin to experience it.

As a narrative-centric game, Labyrinthine Dreams runs along the same lines as Gone Home. It utilizes conventional game mechanics to tell a deeply moving tale of finding a love of life even while staring death in the face.

Get Labyrinthine Dreams on Steam 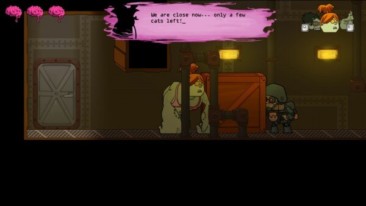