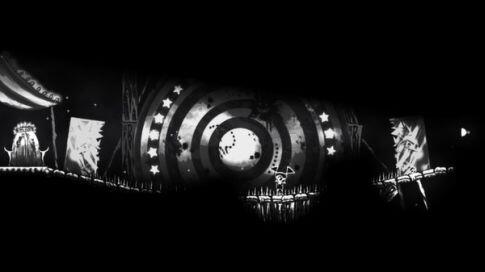 In the dark and mysterious world of Closure, only what you see exists. Manipulate lights to phase objects in and out of reality in this multiple-award-winning puzzle game. Play as a strange spider-like demon who explores the stories of three human characters through beautiful, eerie environments such as a decrepit factory, a murky… Closure, endorsed by no less an authority than Jhonen Vasquez, is a game tailor-made for people who just got really excited when I mentioned Jhonen Vasquez. I’d almost say that you can add a point to the rating for people who’ve read Johnny the Homicidal Maniac, Squee!, or seen the Invader Zim series of cartoons, because there’s a similar sensibility that fans of Vasquez (or of Edward Gorey, an older and more subtle artist best known for his illustrations and the opening animation for PBS’s Mystery! series) will immediately appreciate. It is also from Tyler Glaiel who may be familiar to some as Edmund McMillen’s programmer on early indie standout “Aether.” Artwork is by John Schubbe and music by Chris Rhyne. Quite a pedigree.

Closure is, first and foremost, a puzzle game. It may be a puzzle game disguised as a platformer, but don’t expect your reflexes to be tested. There is a single game mechanic—nothing exists unless it’s illuminated—and each level is a test of your ability to manipulate light in order to remove obstacles and retain some sort of footing. Levels offer glowing balls and crates, pivoting floodlights, and portable orbs of light. These both help and hinder your progress; without light, you fall through the floor and restart the level, but light that shines on a wall or obstacle effectively creates it, preventing you from moving past. Some levels are more straightforward than others; I breezed through some in a minute or two, although these seemed to be designed more to illustrate a new element in the game (like water or teleportation), while others took much longer. There really seems to be only one way to pass a level, so the game winds up being about finding the one path out of the level. Each time I found myself stumped proved to be caused by over-thinking the problem, or by overlooking something obvious. I started to feel the first twangs of puzzle-game frustration, but the fact that the puzzles generally make sense (and, of course, that I own all of the Johnny the Homicidal Maniac comics) assuaged most of that feeling.

Although the darkness-and-light mechanic is—and I mean this in the most positive sense—the “gimmick” that separates this game from the rest, it also undercuts the art and atmosphere that gives the game so much grisly charm. Part of what makes something scary is not being able to see it; or, better yet, not quite being able to see it. A person sitting in a well-lit office is just a person, but a person sitting in a dark room, obscured by shadows, could be anyone or anything.

So, the tantalizing glimpses of skull-like lanterns or of strange, beast-like figures looming just outside the tiny circle of light that surrounds you provide great atmosphere and hint at stories beyond simply getting from point A to point B. But there are wide swathes of a level that most gamers will never see, simply because it’s too difficult to get to them, or because the desire to move through the game will outweigh the desire to stop and smell the roses, be they ever so black. It’s the difference between walking past a haunted house and passing one in a bullet train. In spite of some truly clever feats of design and programming, I have a feeling that the pace of Closure will not appeal very much to platformer fans. The developer mentioned in a forum that he made a deliberate effort to avoid any “twitch” game play. You might find YouTube videos of Closure speed runs, but they’ll be right next to videos of people drag racing Geo Metros and Pomeranian sled-dogs. Closure is really a puzzle game that you buy because you like creepy, atmospheric games. Or, it’s a spooky thematic game that you buy because you like puzzles. It isn’t the best of either, but it’s pretty good at both.

Get Closure on Steam 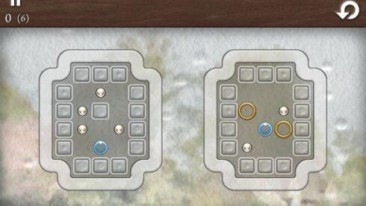 Review: Quell Reflect for Android, iOS – and the Importance of Good Design Choices 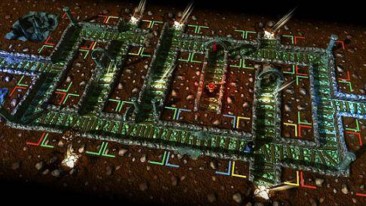