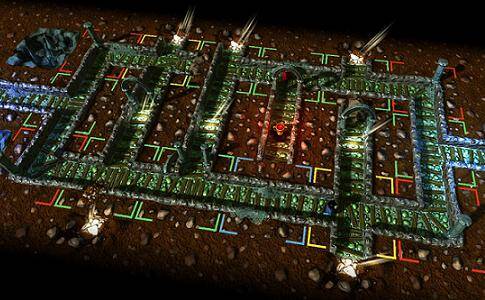 It’s almost dawn and vampires are returning into their coffins for a well-deserved sleep after a long night. Time is ticking until the dawn and they’ve discovered that a bunch of vampire slayers got there first and set up traps! Now it’s up to you to use your supernatural powers of tile rotation, garlic-based repellent and spider net slow-down, to help them overcome all obstacles and reach their regular daily rest.

Vampires! is the latest title from developers CBE Software, the team behind the sci-fi game J.U.L.I.A. This time they’re putting their skills to work in an innovative puzzle game with some noteworthy features. Aspects of the gameplay in Vampires! are similar to Lemmings and to reverse tower defense. Strategic challenges wait in this gothic-themed puzzler.

Vampires! casts the player as caretaker over a selection of bloodsuckers who seem determined to go from undead to just plain dead. Vampires will wander around a grim maze in an attempt to return to their tombs for the night. Only they don’t seem to be making much of an effort to achieve this goal- most will choose their directions randomly while others will always go either left or right at a junction. Along the way a variety of traps may spell the end for your suicidal friends and so it’s the players job to ensure this doesn’t happen.

The primary means by which we can delay the second death of these vampires is to rotate tiles of the maze. Some parts of each of these labyrinths can be rotated in orders of 90 degrees to help restructure the path of the vampires. A tile can be rotated even if a vampire is currently occupying it, allowing for last minute corrections.

In the early levels traps are limited to shafts of sunlight. Vampires will plod along, oblivious to the impending danger and so it’s important to redirect them away from this threat. This is relatively simple at first but as puzzles grow more complex and more vampires get thrown into the mix things start to get a little hectic. You’ll soon find yourself managing several kinds of vampires at once. Red vampires always turn left at a junction while blue ones will turn right. This allows for a certain amount of forward-planning as you assess the best path for each vampire. Black vampires choose their direction at random, however, and so you need to be fairly quick with your clicking to save them from their own waywardness.

If this weren’t enough, new traps soon begin to pop up. Cannons will fire a shot in a linear line, requiring you to find ways to delay your vampires so that they pass through the firing line at the right time. Mirrors send shafts of light down corridors at periodic intervals requiring a similar level of care in timing. Then there are the mobile stakes-on-wheels that trundle down corridors in set paths – these require a certain amount of planning to outmaneuver. There are plenty of different dangers to avoid and you’ll come across these new features quite regularly throughout the campaign.

It’s not all traps and peril though; you’ll also unlock new abilities and types of vampires (although these are entirely dependent on the level you’re playing); some levels give you garlic which you can place down to change the direction of a vampire, while others will give you spider web which can be used to slow vampires to help them avoid timed threats. There are some interesting tools to use but it’s a shame that they are limited to certain arenas and that there is no persistent resource-gathering throughout the campaign.

The puzzles themselves are well designed and quite challenging. There are also silver and gold awards to be earned for each of the sixty-five levels. You’ll find a lot of replay value here. The gameplay does sometimes get a little tiresome as many levels require you to manage multiple vampires spread out across a sizable maze and it can become less about the puzzle and more about frantically managing the vampires. That said, the game is fairly compulsive and you’ll likely be back for more in spite of the frustration. Graphically the game is attractive within its playful gothic theme, but it could do with a little more variety within its style. The music can be catchy at times and generally the aesthetic at work here is strong enough to give the game a charm of its own. In some of the larger levels things can become a little cluttered but this is a minor issue.

There is a lot of content on offer with over sixty levels to choose from and a well balanced difficulty curve. It’s a shame that there aren’t any persistent features across the campaign to deepen the experience, but all in all Vampires! is a sizable puzzler with some interesting features to offer.

*Available for Windows PC and Mac

And introducing the Red Vampire Queen! 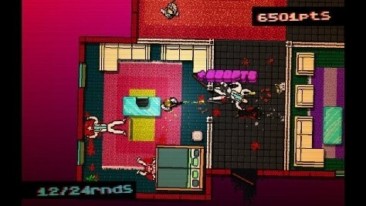