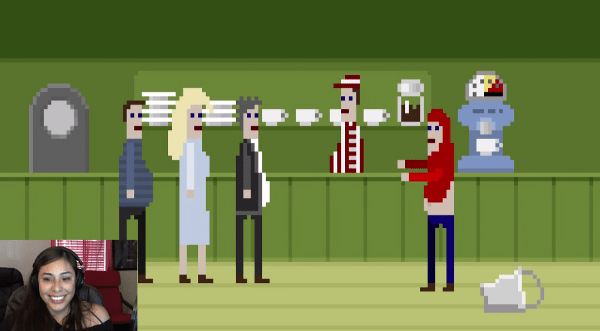 Let’s Play has a LAFF

It’s no doubt that Let’s Plays have become a huge thing on YouTube. A Let’s Play is when someone records themselves playing a game while commentating over it. A recent news piece revealed that the most popular Let’s Play creator PewDiePie makes around 4 million dollars a year with over 27 million YouTube subscribers. People enjoy watching Lets Plays because it can be highly entertaining but it also benefits indie developers in a huge way.

For the first time ever, the L.A. Film Festival showcased nine Let’s Play videos from YouTube in a 79 minute compilation titled Let’s Play. Each video featured one indie game, all from varying genres. The indie games shown were: McPixel, Mount Your Friends, 140, Happy Wheels, Illusion-Ghost Killer, Proteus, Slender the Arrival, The Stanley Parable, and Stick It To The Man.

It was shown in one of the smallest theaters involved in the L.A. Film Festival, but most of the seats were filled with a good mix of people from all walks of life. Each Let’s Play shown elicited something from the crowd. The crowd fearfully reacted when Let’s Play creator Nilesy played the first person indie horror game titled Illusion-Ghost Killer. Attendees cringed when they witness the gore-y cartoon violence of Happy Wheels and clapped as Captain Sparklez played and completed a difficult level. The crowd laughed when the people from Inside Gaming played Mount Your Friends. Awe and wonder struck the crowd when Nerd Cubed played Proteus.

Whatever reaction the Lets Play elicited, it was obvious the audience was enjoying immensely. It was great to see a theater filled with people get genuinely emotionally invested while watching these Let’s Plays.

It’s obvious that Let’s Plays can help make the video game footage more entertaining, but they also have a deeper influence on the gaming community. Lets Players can expose a lot of people to new indie games in ways advertising campaigns can’t, and a lot of times indie developers can’t afford to pay for advertising campaigns like bigger game development companies.

Lets Players have become a huge factor in indie games success with the most notable example being Minecraft which became popular because people were recording themselves play as well as their reactions and commentaries on YouTube. Not one television commercial or online adverting campaign in the first couple of years of its emerging popularity. Now Minecraft merchandise is everywhere, and easily one of the most recognizable games today.

After the screening there was a short Q&A with Arron Yonda from Game Society Pimps; along with Adam Kovic, Bruce Greene, James Willems, and Lawrence Sonntag from Inside Gaming. They talked about their experience recording Let’s Plays, how they choose what they play, how they started, and their relationship with game developers.

In regard to what games they choose to play, Arron Yonda stated that “A lot of fans shouting for various games and we’ll often play them, but we give them another option too which is they can just pay us to play it because we have that option available.” I’m not sure if this extends to game developers, but this type of practice is alarming considering how people can easily from a more biased opinion. Hopefully this doesn’t get out of hand and Let’s Play creators can stay unbiased.

During the short Q&A I was able to ask if they have been directly approached by indie developers to record themselves playing a certain game. Bruce Greene said “We’ve been approached a couple of times just because we have friends in the industry that have indie games and they develop them, and they’re like hey give this a shot! But it’s never been something like you need to play this or why aren’t you playing this you are not my friend.”

This casual relationship between Lets Players and indie developers is good especially if the Lets Player is genuine and not just playing a game because they were paid to do it or offered some type of bribe in the form of a free game.

This kind of game developer and Lets Player relationship is healthy because they approached them after they have already done videos of their games. Offering incentives to Lets Player so that they keep producing content so that they essentially continue creating advertising for their game is not a bad thing. Indie Game developers and major game development companies recognize how important Let’s Plays are to a game’s success. 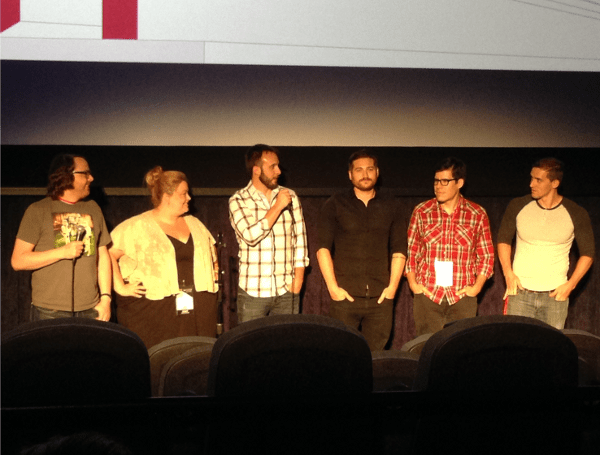 “Sometimes you met a very eager developer or publisher and they lock their talons on you because you said ‘yes’ once, and they kinda just become that needy child that you need to tell them ‘no.’ Continued Kovic, “I think one of them was calling Bruce everyday for about a month-three months straight…we played one of their games and they said ‘you should check out all our ten other games’ No!”

It’s alarming to hear about this type of behavior, and with so many Let’s Play creators out there, I’m sure some of them have caved under the pressure of game development companies. Contacting someone every day for a month or three months straight is an extreme example, but it goes to show that Let’s Plays and their creators are changing the way this industry conducts it’s advertising. We are at a point where game developers are taking into consideration Let’s Play more and more because of their influence on how successful a game will be, and for a lot of indie developers that is extremely important. 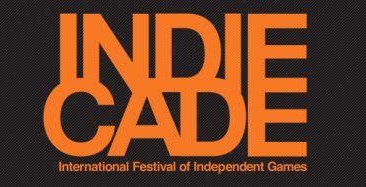 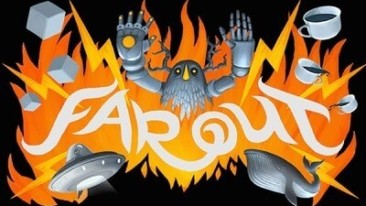