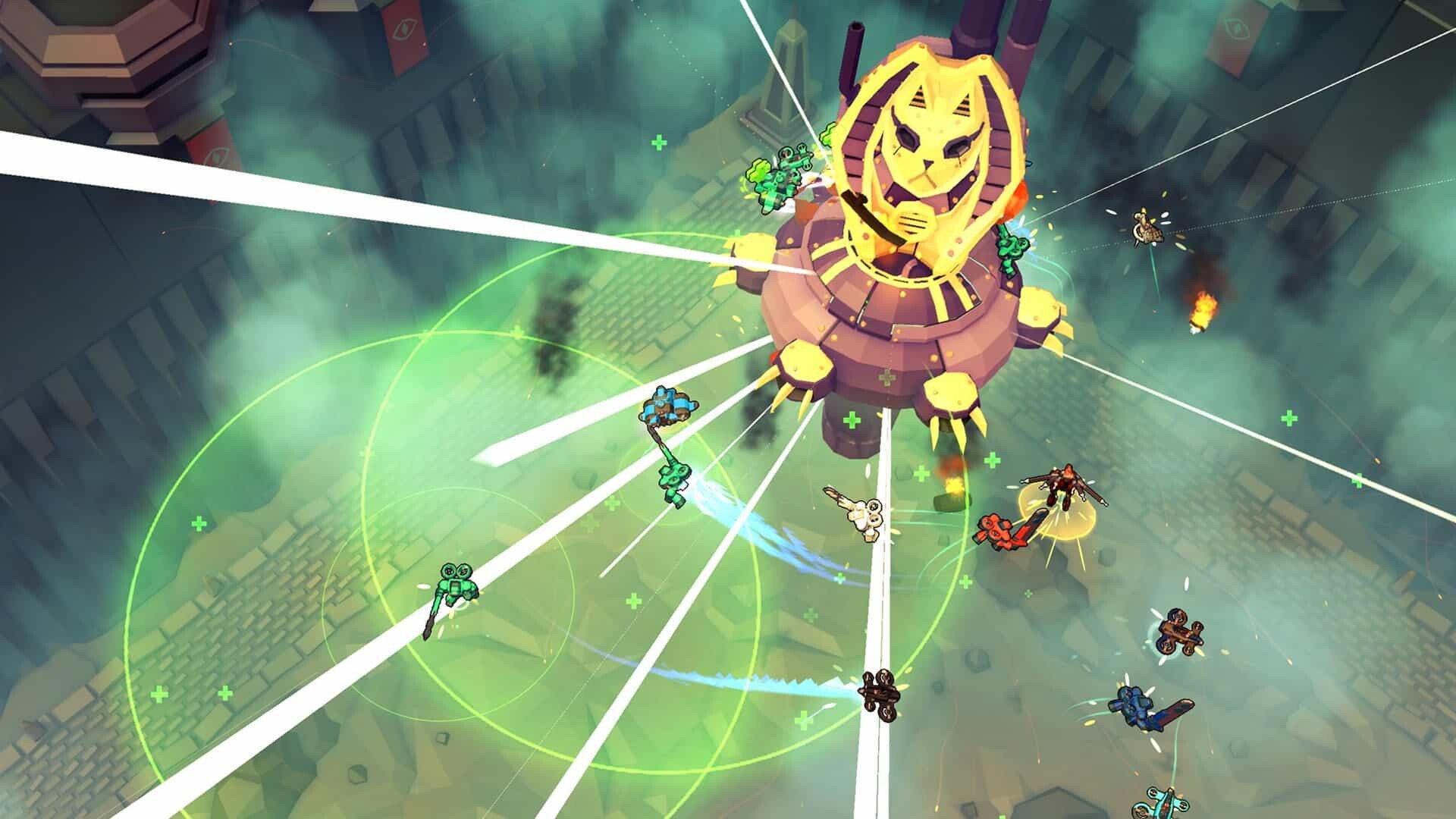 Sitting in a cramped postgrad computer lab in 2012, there strangely wasn’t a whole lot which united my class. The twenty of us came from different backgrounds and led different lives. Seeing more than two of us walking together outside of class would have been a bit of a rarity.

Yet here five of us sat in this stuffy porta-cabin shouting instructions and words of encouragement to each other. Though larger titles like Skyrim at the end of 2011 would provoke endless discussion amongst the class, games that would bring us together to play proved difficult to find.

Realm of the Grad Gods

Enter Realm of the Mad God, which was an accessible way for five broke students on a game design course to play games together. It was a frenetic frolic through pixel art landscapes and bullet curtains. I remember the times playing it with the people from my course fondly. The game was charming through its almost impossible chaos of a hundred players swarming against tides of enemies.

Unfortunately, Realm of the Mad God is now a bit of a ghost town, with its former inhabitants moving on to newer experiences, as is the inevitable cycle in online games. But in its rest comes a potentially new experience from Spry Fox with their in-development title, Steambirds Alliance.

The question remains, however: how chaotic is Steambirds Alliance in comparison to its spiritual predecessor?

Steambirds Alliance is the marriage between online bullet hell Realm of the Mad God and the aesthetics of aerial combat strategy game Steambirds. The game sees players take on the role of birds under the oppressive thumb of aristocratic and evil cats: a tale as old as time, it seems.

I’m not immediately reminded of the continual back and forth of Sylvester and Tweety, but of 2018’s asymmetric board game hit Root, where one faction is made up of birds and another of cats who have taken over the dominion of the forest. 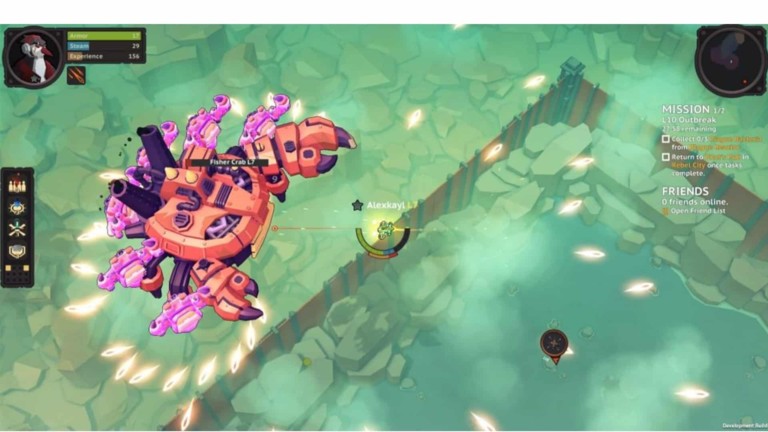 The enmity between cat and bird is a universal theme in popular media, but Spry Fox have done a good job in representing this titanic clash with an arresting steampunk twist. The developers are known experts in anthropomorphic characters with their Triple Town bear a stylistic icon.

Their mashing together of several aesthetic influences delivers a fresh experience. For a video game centered on anthropomorphized characters, it can be easy to rely on tropes and allegorical connections. From falcon army drill instructors to mechas to business cats in VR headsets, Steambirds Alliance is a delightful mess of colors and characters.

A Legacy of Chaos

But even when there’s an element of chaos in the aesthetic design, there are always central themes and pillars which lend the game a semblance of structure in the war between cats and birds, which is the game’s steampunk backbone. It’s important to foreground this structure within Steambirds Alliance, because comparisons to Realm of the Mad God are inevitable. 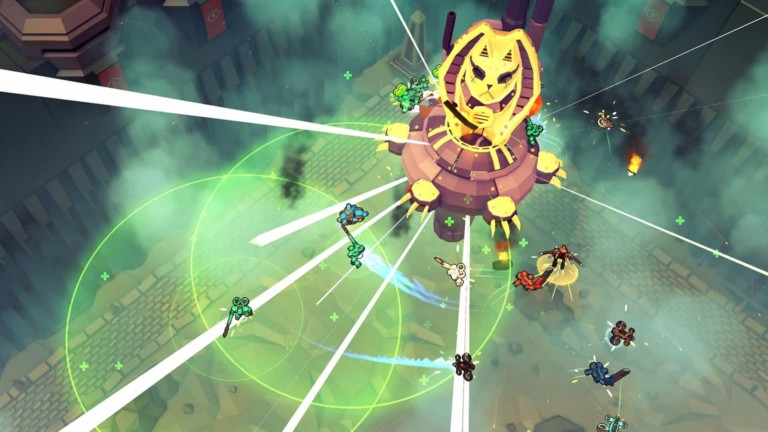 The ludic structure of both seem similar on the surface: after embarking on a short tutorial to explain the controls, players are then thrown into a large map with dozens of other players.

They take down enemies and avoid their bullet patterns to level up and face bosses with comrades they may have stumbled across in this map.

More of the Same?

Realm of the Mad God was a mess. A hot mess, however. It was charming because of this. Enemies were erratic and moved quickly. Bullets would spray in chaotic manners. And death visited characters often. It kept a pace which represented the frenetic energy of what a bullet hell and MMO would look like if joined.

This…shall we say dirty…experience deservedly built a legion of fans. What Steambirds Alliance has done is refined that experience and given it a direction which feels familiar in terms of both purveyors of the single player bullet hell game and those seeking to relive the past glory of their Realm of the Mad God days. 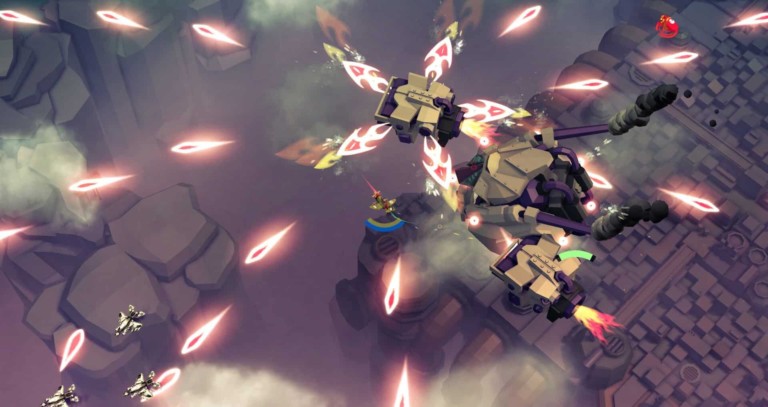 When playing, I was whisked away to a horde mission with three other players. As you might expect with bullet hells, there wasn’t time to chat or communicate through the text interface.

Throughout the waves of enemies, our squad built an unspoken rhythm which attended to the needs and requirements of our class choices. There was an ebb and flow which felt so natural, yet this may have been the first time any of us had played the game. This structure built by Spry Fox is so subtle you would barely notice it on the surface, but it’s little UI tweaks and mission organization like this which makes the difference.

In between waves 16 and 17, one of my comrades exclaimed through text, “THIS IS AWESOME!”

And it transported me straight back seven years to a feeling of camaraderie I didn’t think would happen amongst my peers.

Steambirds Alliance is currently in beta but will be available via Steam.

Watch the official trailer for Steambirds Alliance below: 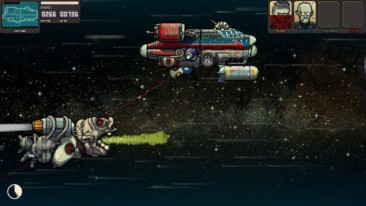 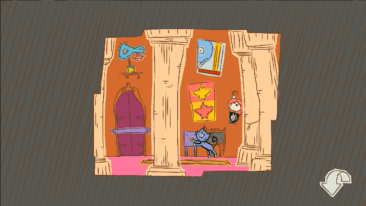