If perma-death leaves you with perma-smile, the latest Humble Weekly Sale will have you grinning all the way to the grave again, and again.

Pay what you want for 3 insanely challenging games. Pay more than $6 USD, and unlock three more.

A first person shooter Roguelike? Yep. Here’s your chance to take an early stab at it. Action titles like Doom and Quake get all randomized. Lock and load (and try not to explode).

DoD makes dying fun! It means you will be able to generate another character with a bizarre combination of talents. Will these new combinations (from the wide list of abilities you can choose) fare better in these randomly generated dungeons? No matter what strange character you set out with, the dungeons will be populated with equally odd and often hilarious hostiles.

Read our review of the Realm of the Diggle Gods DLC

This deceptively stripped down roguelike also allows you to play ranged characters like a fireball casting Mage or eagle-eyed archer. There are more quests than you can shake a Wabbajack at, which you can generally undertake in any sequence you desire.

The “Paid More Than 6 Dollars” Club

Not satisfied with three games? Dig out some change from under the couch cushions and you can grab these titles.

The Binding of Isaac with “Wrath of the Lamb” DLC

Originally a side project from the mind that brought you Aether and Super Meat Boy, Binding of Isaac grabbed hold of a new audience and didn’t let go. More than a few players of this Roguelike shooter have admitted to clocking hundreds of hours exploring its huge database of characters and props, randomly generated, for your neverending amusement. Just dun die.

This top down shooter reminiscent of DOOM often moves at such an overwhelming pace that you may feel more like Milla Jovovich in Resident Evil: Extinction than something supposedly derived from an ASCII based dungeon crawler, but it shares a lot of Rogueish ways including procedural generation, permadeath and move for move peregrination. The speed of the experience makes its Roguelike categorization questionable in the eyes of some, but take away your breath it will once the action gets going. Earn extra lives therein you will not.

Sword of the Stars: The Pit – Gold Edition

One of IGR’s honorable mentions for best indies of 2013, we really enjoyed The Pit’s purist Roguelike approach, set on a distant interstellar hell hole. With the Mind Games DLC, psionic abilities were introduced along with new playable classes, and the Gold Edition on offer here includes all of the above with the added interesting option to play as one of the nasty mozzies you used to swear to take down in the earlier versions.

This Roguelike, like Teleglitch, features a visual FOV display, so unless its in your line of sight, you won’t know that creep is coming to end your reign of terror, permanently. Also features Big Picture and full controller support.

We know that HumbleBundle often likes to toss a few extra games in near the end of an offer. So we’re gonna toss our two cents in the wishing well and suggest FTL: Faster than Light and Risk of Rain, because that would make this the ultimate neo-Roguelike pack.

Get the Humble Roguelike Bundle via the Weekly sale store 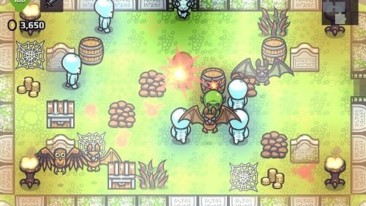 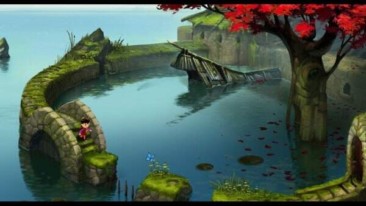