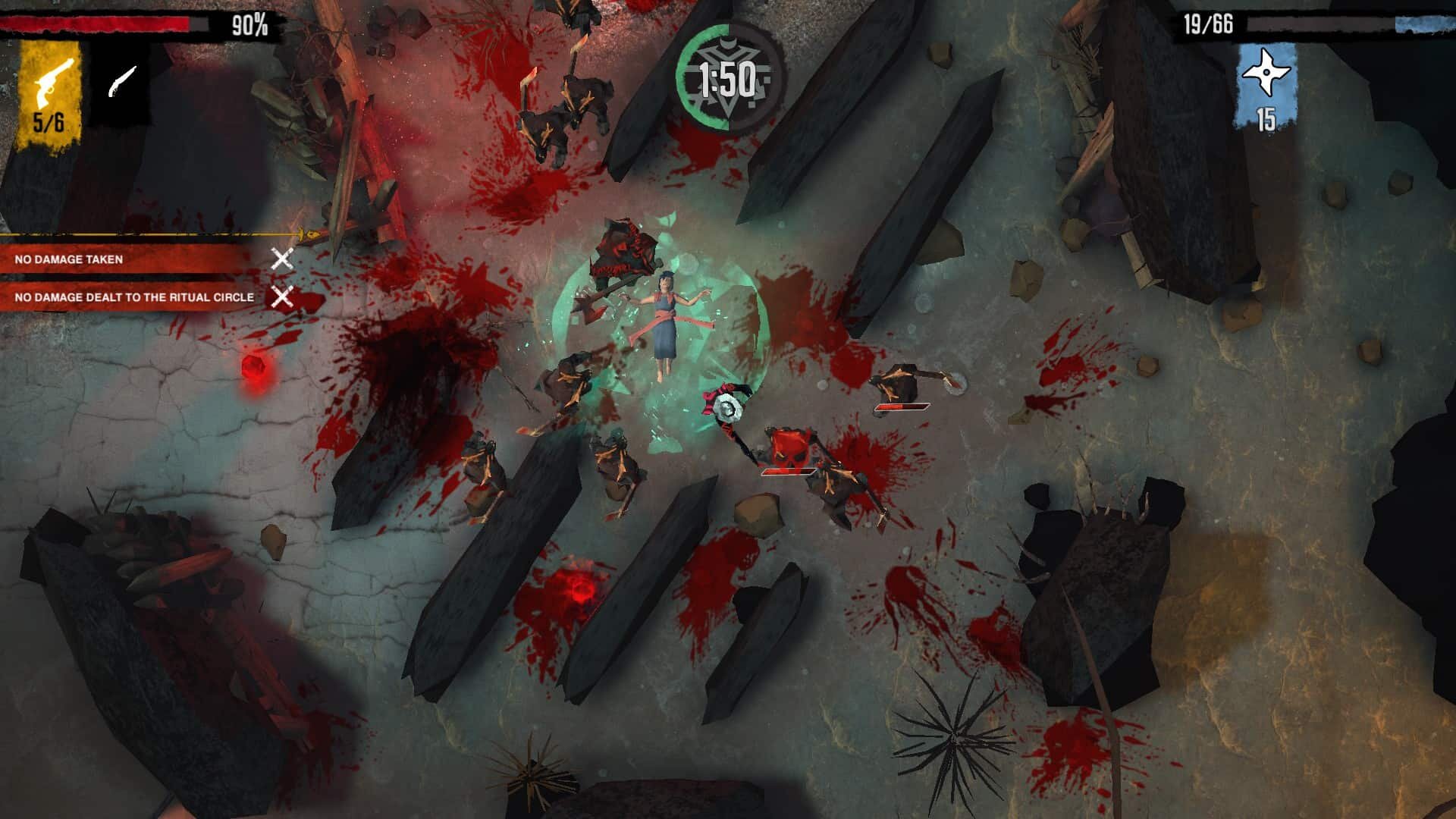 I keep predicting that the Weird West is going to be the next big thing after steampunk and zombie stuff. (If steampunk, as the old joke says, is what happens when goths discover earth tones, then the Weird West is basically that plus spaghetti westerns, which is to say The Fields of the Nephilim if they were a fantasy setting instead of a British rock band from the ’80s.)

It hasn’t quite happened yet, though occasional examples like Wynonna Earp — both the television and comic book series — and recently released Ritual: Crown of Horns keep Weird Western themes if not directly in the public eye than at least in its peripheral vision. 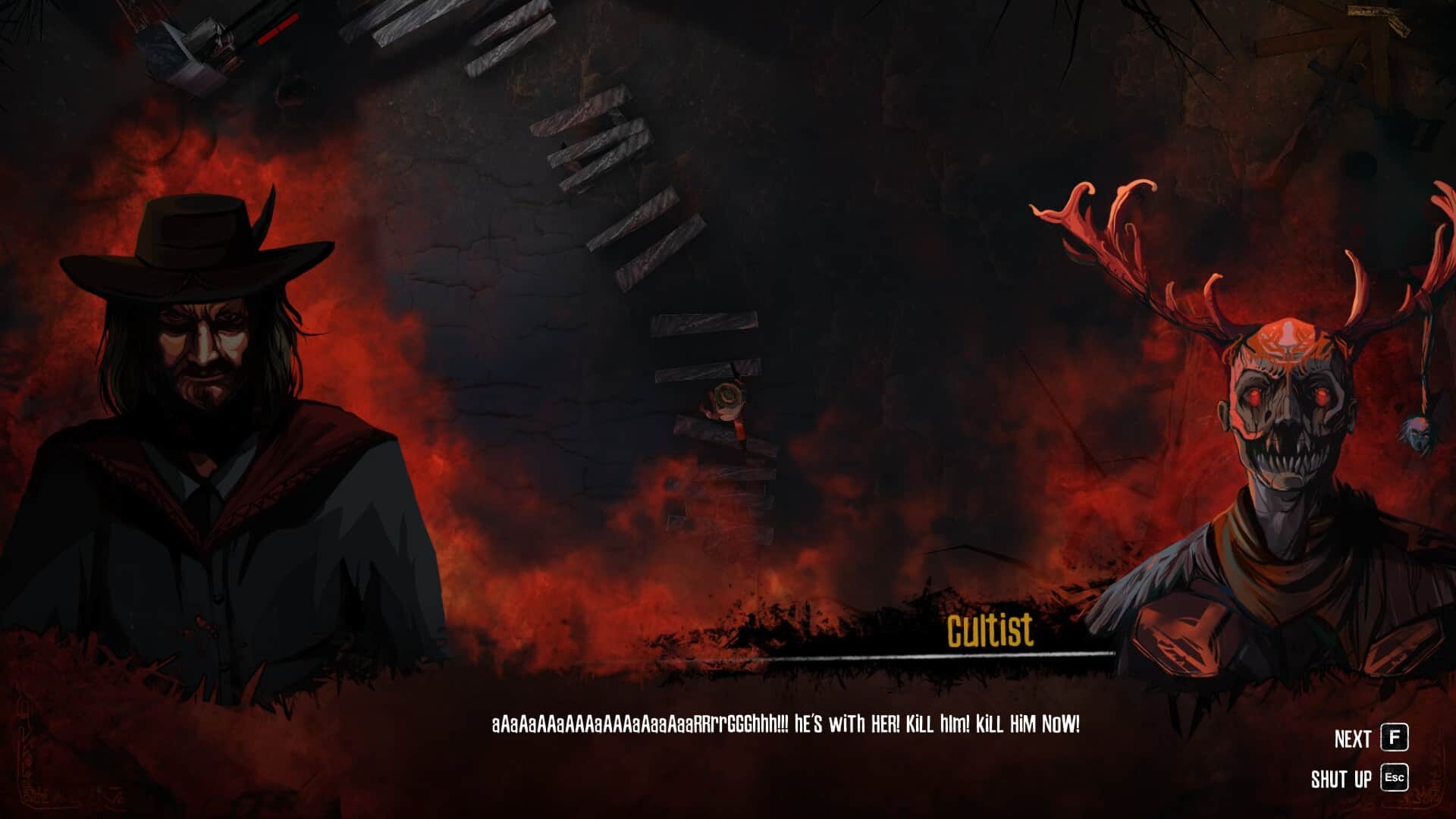 The Undeath of the West

Ritual: Crown of Horns has enough intriguing back story for a television series, complete with a novelization and comic book spin-offs, revealed via illustrated cut-scenes between the action bits.

Essentially, most of America is under control of an evil cult that gains its power from torture and oppression – not just in the Guns, Germs, and Steel way we already know from history class, but from occult rituals.

Our protagonist, an undead cowboy – technically a U.S. government scout turned bounty hunter, but if the Stetson fits, we’ll just call him a “cowboy” – has teamed up with a witch in order to take the power back and purify the haunted land itself. 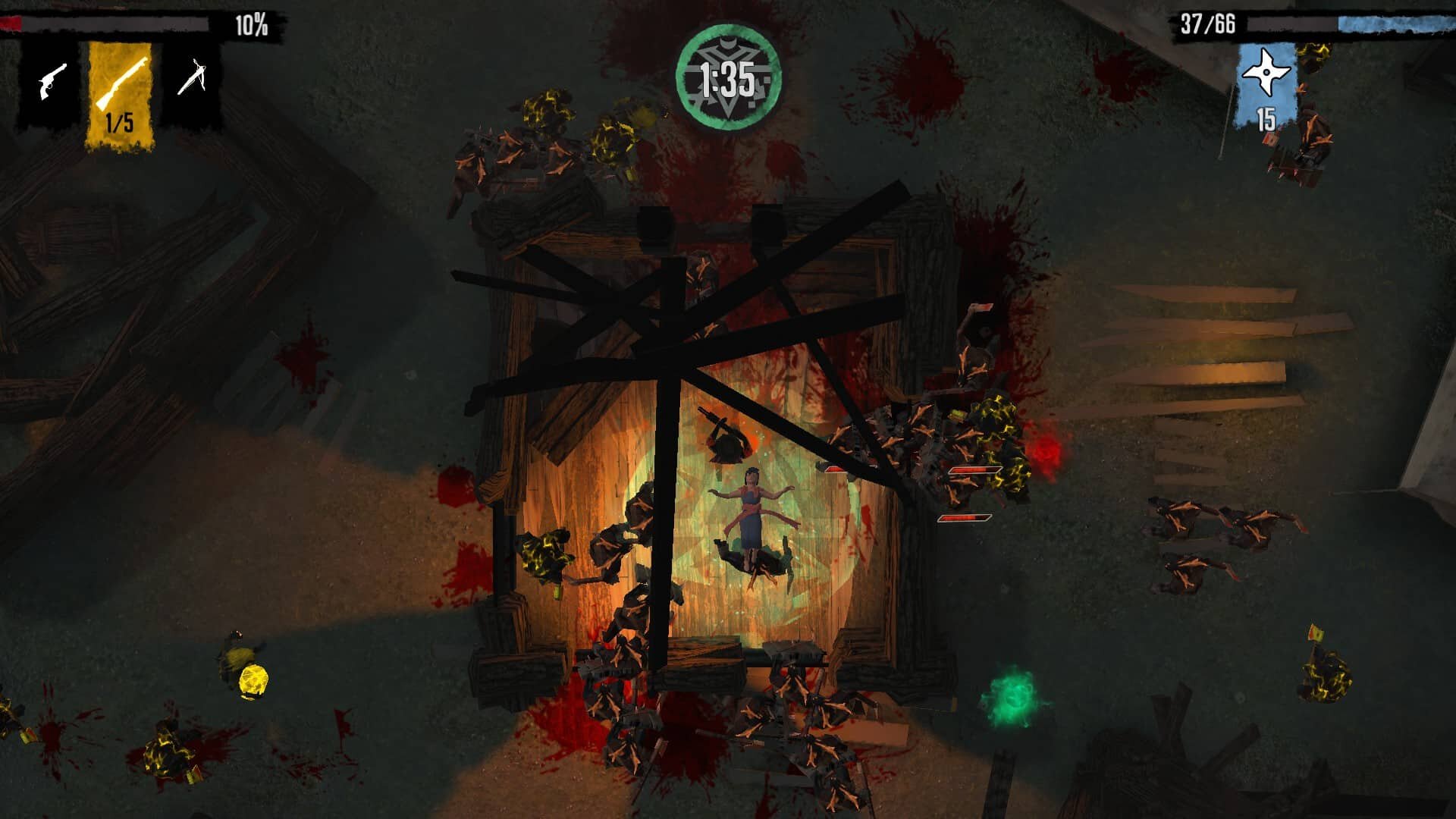 This plays out through a series of timed, top-down twin-stick shooter levels that also borrow a bit from tower defense games.

During each level, the witch attempts to perform a ritual. It’s your job as the cowboy to protect her from the hatchet-wielding cultists that move mindless toward her – tower defense or League of Legends creep-style – chopping through barricades and eventually hacking her up. (Rarer cultists will chase and attack you directly, adding to the difficulty.)

While developers Draw Distance have added plenty of additional factors, including multiple weapon types, different maps, spell abilities and upgraded gear to purchase between levels, the central mechanic remains the same throughout, and unfortunately, it gets repetitive pretty quickly. 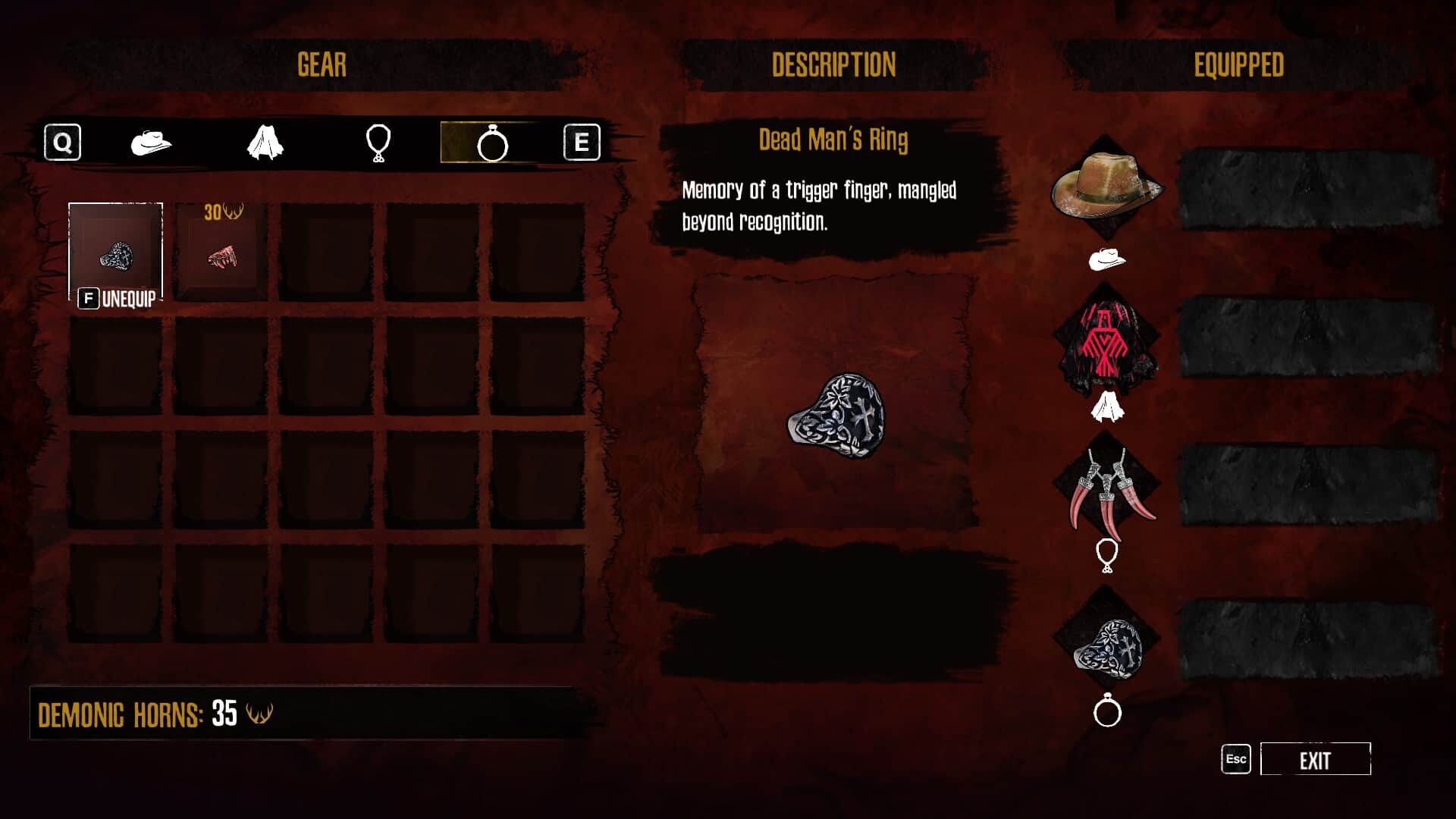 Even with different maps and additional challenges to earn more gear – replay a level without taking damage, for example – Ritual: Crown of Horns feels something like an over-complicated browser game. And the combination of repetitiveness and some fairly stiff difficulty curves makes it a paradoxical exercise in both boredom and frustration.

It’s a shame, because there’s so much atmosphere here, from the fascinating central premise to cliched but legitimately likeable characters to the faceless, antler-adorned enemy cultists.

Special credit should go to both the score, which wears its Morricone influence on its sleeve without sinking into slavish imitation and the sound design, with the firecracker bursts of Colt revolvers and the deeper thunderous bellows of sawed-off shotguns.

If there were an action RPG in this same setting – something like Victor Vran, maybe – I’m pretty sure I’d be obsessed with it. As it is, Ritual: Crown of Horns is an entertaining diversion for the five minutes or so that it takes to play a single level a couple of times, but any longer than that and it’s already worn out its welcome.

Ritual: Crown of Horns is available via the Nintendo Game Store and Steam.

Watch the official Ritual: Crown of Horns trailer below: 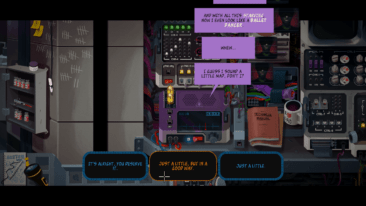 Still There Review – A Lonely Lighthouse (in Space) 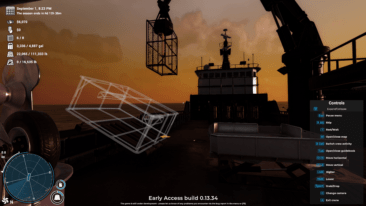