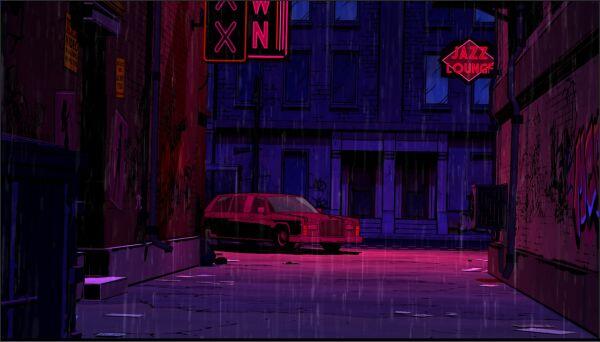 Game Name: The Wolf Among Us, Episode 3 - The Crooked Mile

The Wolf Among Us, Episode 3 – A Crooked Mile – What We Think:

The third chapter of Telltale Game’s “The Wolf Among Us” completes the crash through the front glass doors that it began in the end of the previous episode with a huge surprise twist, resuming its breakneck pace without apology, pushing the player into a relentless barrage of moral quandaries in the manner to which the studio has become accustomed, having more than cut its teeth on a season and a half of The Walking Dead: The Game. The gorgeous neon and black comic book art style is maintained; a sort of 3D-lit illustrative style superbly enhanced by the haunting electro ambient score by Jared Emerson-Johnson.

The action sequences are kept to a minimum but serve well in raising one’s blood pressure, at times leaving you gasping to attain the upper hand as you pump away at the action button only to see the meter drop as the situation turns away from your favor. It is an effective design decision that – perhaps rather deceivingly – engenders a desire to replay the chapter and see if your odds might be improved with a different decision path.

It is very tricky to review any of the game’s narrative treatment this deep into the story without risking any spoilers so allow me to err on the side of caution and simply state that this game, played with a good set of headphones and a game controller is the ultimate product for any adult looking for the ultimate bedtime story experience. Why review a new chapter if I can’t talk about it specifics? Because sometimes, things go awry, tension is lost, logic becomes flawed or obtuse, in short, poor planning leads to foibles.

I have been evaluating each chapter on its own merits, and I am happy to report this franchise has yet to disappoint. Perhaps the primary gripe at this stage is the time between episodes, but that will be eradicated for those who wait for the whole season to be completed and then binge-play through it.

With each chapter you get a quick recap of the previous episode based on the decisions you made in the selected save slot. At the end of the episode, you are shown how your choices stacked up in contrast to others who played through it, as shown in percentages. Finally you are shown a quick preview of the forthcoming episode.

Unlike episode 2, I feel I must play the third chapter again, as there are several more story paths that can be taken simultaneously. I can’t say that it is necessarily darker than the already-grim(m) previous chapters, but Telltale pulls no punches. The episode is definitely not meant to be a standalone, however, as it begins at the end of an ellipsis and stops at yet another cliffhanger – it is most certainly a bridge episode, but as I reflect back on what transpired therein, I recall many rich experiences and so would be unfair to call it ephemeral, at least in terms of its ultimate effect.

Like an episode of Game of Thrones, or the twists and turns of LOST‘s high points, no character is safe and no assumption is reliable. It remains an interactive narrative adventure, but the effect of creating a sense of agency in what must necessarily be an otherwise linear path is well executed; the stakes are higher, the baddies are badder, and the ultimate scope of the dark forces you are facing off against now feel so menacing, you may start to question whether persisting is really worth it…

Of course it is! I can hardly the wait until the next installment comes out.

Of interest is the fact that the lexicon of fable characters takes an interesting detour beyond its expected canon, adding characters from the annals of urban legend to its roster. I found this slightly…questionable as it threatens to violate the laws of the universe that have thus far been established, but given that these fables are already chain-smoking, drinking and barely paying rent in a slum of New York City, I am more than willing to run with it for now.

There are some interesting mechanics that may or may not have been touched on in previous episodes including time-constraints and a persona-based decision tree wherein the various characters you are pursuing hover before you like holographic relics from a Star Wars dream sequence, which I found rather beguiling.

By the end of this third chapter, I was poring over the now sizable catalog of unlocked character and place profiles, scratching my head over those entries that remain locked. I was totally engaged, and, like previous chapters found I could not put it down until I had played the whole thing through in one sitting, which is quite feasible if you have about three hours to sit back and enjoy an amazing fairy tale detective serial created by a development team at the very top of its game.

The Wolf Among Us – Official Site

Get “The Wolf Among Us” on Steam 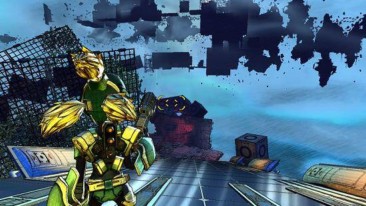 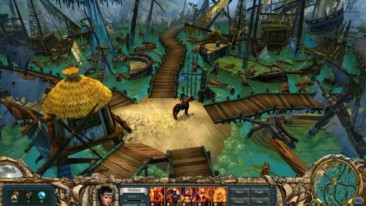