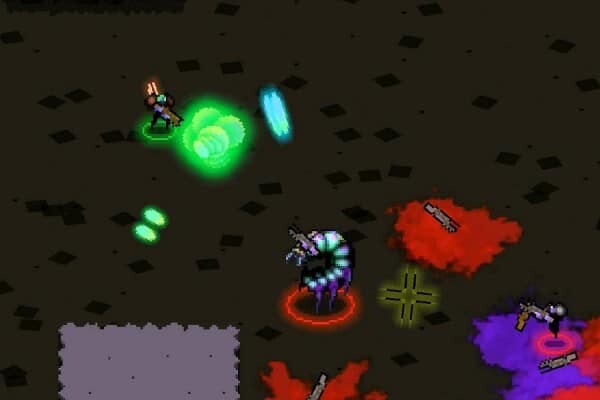 Bite-sized gaming is a niche that isn’t always easy to provide satisfactorily. Short, accessible games run the risk of seeming insubstantial or too basic to be worth our time and money. Successful titles often rely on the addictive “just one more try” effect to keep players interested across multiple instances of the relatively short and disconnected sessions. Ubermosh is a fast-paced action game that strives to provide just such an experience for gamers strapped for time.

You’ve Got (Some) Time to Kill

There is little in the way of an introduction to Ubermosh. The game has a short tutorial which introduces the fundamentals, but the action here is pretty simple. Cut down or shoot enemies whilst avoiding their various projectile attacks.

By default, you start with just a sword that can be used to either deflect attacks or slice apart your foes, but you’ll very quickly pick up their guns and turn into a font of multi-colored lasers yourself.

Framed with a top-down perspective, Ubermosh gives you 90 seconds to kill as many enemies as you can. The time limit is often superfluous, as you start with a limited number of lives, and once you’ve been hit that number, your session ends. Enemies spawn faster as the clock ticks down, and it’s not long before Ubermosh transforms into fast-paced bullet-hell mania.

While death will come fast and often, Ubermosh manages to keep you hooked through the ease with which you can dive back in for another attempt. Beating your own high score becomes an ongoing challenge.

This alone wouldn’t be much of an incentive to return after a few sessions, so Ubermosh has a few other tricks up its sleeve. Firstly, there are several class modifiers to choose from that slightly alter your combat experience. One limits you to only the sword but furnishes you with extra lives. Another reduces your life count but allows you to fire your collected weapons rapidly. These help to enable different play styles and so vary the action.

There is also an alternative game mode called “Hardboiled” that ups the difficulty by throwing in more enemies to increase the mayhem. Finally, the game randomly generates a new arena for each battle, though sadly the variety is sufficiently lacking that each stage feels pretty much the same. 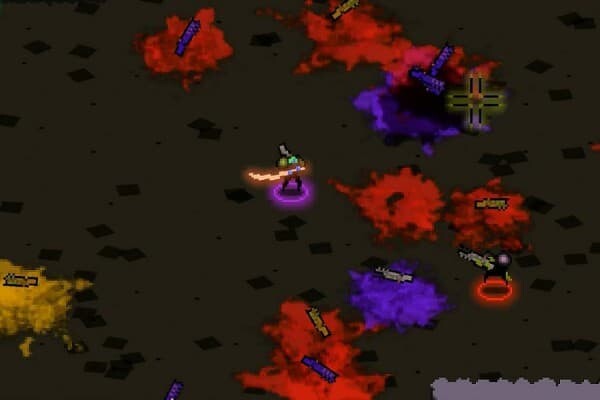 The visual side of Ubermosh is pixel-based and grungy. The game strives to create a dark cyberpunk atmosphere, and for the most part it succeeds. The music is, as implied by the title, heavy metal-inspired. Whilst it is appropriate for the title’s design, the music does begin to get a little repetitive after a while, and more variety of style might be beneficial.

All in all, Ubermosh manages to produce a visual and audio style that evokes the cyberpunk aesthetic that the developer was aiming to create.

Ubermosh is a nifty little action title that provides a quick, fast-paced and highly challenging snapshot of cyberpunk styled battle. In his goal to produce a short but entertaining action game, developer Walter Machado has succeeded. There are some niggles here and there, such as the fairly predictable random stages and the repetitive music, but for the price you’re certainly getting a strong–if very compact–arcade action experience.

Watch the trailer for Ubermosh below: 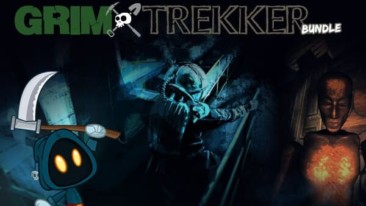 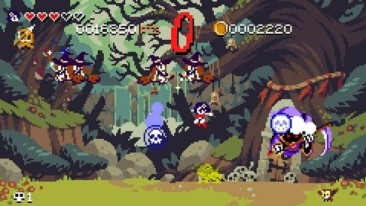