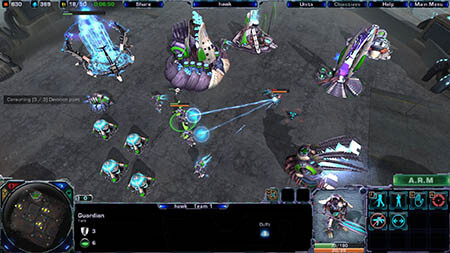 Tryst is a competitive Real Time Strategy Game that provides a unique, fast paced spin to the established strategy model that combines player choice with unit customization. War has erupted on the lonely planet of Ishtonia IV.

Tryst, is the latest from independent game developers BlueGiant Interactive. If you read my review of their last game APOX, you’d know I was pretty disappointed, and gave a bit of a RTS design 101 in order to express that disappointment. Well I will start this review of Tryst by immediately stating this is a much better game, a great stride in the right direction, but… I’ll lay this out for you in the same way I did the APOX review: I’ll delineate an element that makes a great RTS (you’ll pardon me if there’s some overlap with the APOX review), give some detail as to where I feel Tryst falls in that category, and maybe contrast that with where BlueGiant was with APOX (go on, read that review first. You know you want to).

DOES IT HAVE A COMPELLING SINGLE PLAYER CAMPAIGN?

Whether the solo play is what you’re after or you are more into head-to-head combat, everyone gets around to playing the single player campaign. Beyond letting you familiarize yourself with the gameplay, it also lets you immerse yourself in story and strategy that aren’t easy to do in a competitive environment. Unlike APOX, Tryst has a single player campaign. In fact, the first menu you drop into is for 3 animatics telling you the story behind the coming battle. From there you will find a campaign consisting of five missions, each consisting of a very scripted 30-45 minute mission. There are a lot of interesting triggered events, along with complimentary character voiceovers.

Unfortunately, there are perhaps too many scripted events. It seems like if they spent about half as much time on each level, they could have included twice as many. While the addition of voice acting is a good one, the voice actors are awful. I mean “Sean Connery does a better Russian accent” terrible – if that’s even what they were going for. All I know is I couldn’t find a way to skip the chatter after I had read the text, making it doubly frustrating when I had to repeat an area in which I had failed a mission.

Nonetheless, I’d call this an area where BlueGiant made a big step forward. APOX fell as short as you can get, by only having one faction. Tryst one-ups them by having two. Still, they aren’t particularly interesting. Generic humans vs. generic aliens. They both possess different units and generate them in a slightly different way, but they’re straight out of the RTS textbook. I’d still call it an improvement over their last game, but in this category, that’s not saying much.

OK, so here BlueGiant has done some good work. There are many different units in Tryst, from soldiers to medics to indirect fire units to jump troops to a variety of vehicles, both ground and air. They still are very generic in their design, but time was spent on voice acting and visuals to give each one their own attitude and flavor. There’s even an experience system and skill tree, though I couldn’t figure out what help the XP was nor could I really feel the impact the skill upgrades had most of the time. Units unique abilities certainly could make a difference in a fight, but they were often too awkward to bother with and fights were over before they could be used. This is probably the department where you need to put the most work to stand out from all the other RTSs on the market, and Tryst really doesn’t. APOX’s post-apocalyptic scenario may not be original, but you can’t possibly get a more overused concept than space aliens vs. humanity. Sure, if you do an outstanding job, you can pull off a blockbuster, but this is formula work. As for gameplay, well at least the ideas that didn’t work in APOX have been jettisoned in Tryst. Except they haven’t been replaced by anything. This is paint-by-numbers RTS (I’m running out of different ways to say generic). Capture resources, gather energy (two types here), produce units, rinse, repeat.

Well, if APOX was a proof-of-concept, Tryst is at least a finished game. It may not be groundbreaking, but it shows polish. I think BlueGiant is still chasing the multi-player community, like everyone else, but in the few times I’ve tried finding a game the servers were down once, and there were less than a dozen people online during the others. And with nothing to offer that can’t be had from the larger studio games, who can blame them for staying away? It’s nice to see a small company take on such a complex genre as an RTS, and even more so to take a second run after clearly listening to the criticism they received on the first game. I’m not sure what I wish for BlueGiant to do next, create a game in a different genre, or make one last run at pulling off an awesome RTS. Either way, their effort and enthusiasm should be applauded.

Get Tryst on Steam 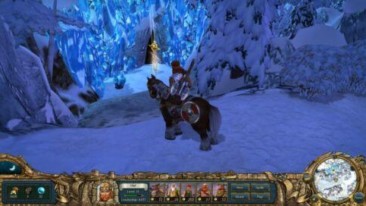 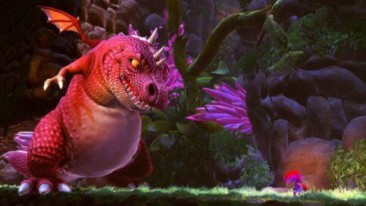