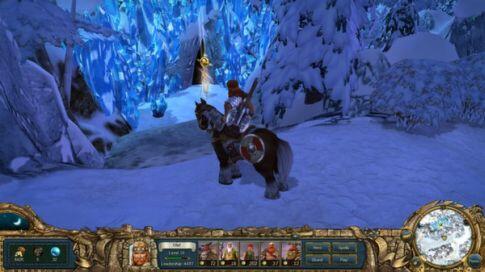 King’s Bounty: Warriors of the North is the next chapter in the cult RPG/adventure saga. The new tale takes place in the familiar world of Endoria featured in the previous games, but begins in the Viking lands, which the celebrated hero Bill Gilbert never visited during his famous quest in King’s Bounty: The Legend.

The first thing that came to mind when I saw the title screen of King’s Bounty: Warriors of the North was that I really should be listening to some glory metal while I play this. Amon Amarth, maybe, or Dragonforce. The menu is almost an afterthought; the screen is dominated by a Viking and a bevy of glowing warrior-maidens suitable for any pre-reboot Conan film poster. I knew there was no way I could take the game seriously. I was prepared for the worst.

Warriors of the North is the latest entry in what might be called the “cult favorite” King’s Bounty series of games. I say “might” because, frankly, there aren’t enough entries in the tactical RPG category for the PC to allow for a “mainstream” series. Consoles have been the traditional home to the big names of the genre, such as the Final Fantasy: Tactics and Fire Emblem franchises. The most notable PC franchise is the venerable Heroes of Might and Magic series, itself a successor to the original King’s Bounty (a turn-based game by a different developer). I’d played all three of the other franchises, and found that Warriors, my first exposure to this franchise, played very similarly to the Heroes games. And, while I was suspicious of the somewhat over-the-top fantasy kitsch, I rapidly came to embrace it. Warriors takes an unapologetic joy in an almost Evil Dead degree of unabashed cheesiness. It’s like an 8-year-old kid running around the yard in a cape, or the teenage LARPer, well, running around the yard in a cape. It shows the care and detail that one sees from people at Renaissance fairs who have spent tremendous amounts of time, money and effort to make an ornate costume. They own many cats, have a terrible faux-English accent, and have no sense of shame. They’re also having a really, really good time.

I have a friend who already knew about the series. He described it as “captivatingly tedious”, and I concur. The hero has personal stats which improve over time as you gain experience. He has a talent tree which will be pretty familiar to anyone who has played a role-playing game in the past ten years. He can purchase equipment such as armor, weapons, and various accessories.

Raise An Army to Fight the Evil Dead

Naturally, you can raise an army, which opens up a whole new can of worms. Warriors eschews the traditional rock-paper-scissors system, instead offering a mind-boggling variety of troop types, none of which are obvious counters to any others. Troops come with all varieties and combinations of attributes, many of them beyond the traditional archetypes. Accordingly, you can build successful armies that are entirely composed of missile troops, for instance, or hordes of cannon fodder. There are burly ranged troops with high defense, and there are slow, weak units which exist mostly to buff or debuff troops on the field.

The troop variety and sheer number of attributes makes building armies something like fantasy football. There are hard limits to the numbers of each troop type from each vendor, and while some kinds of troops are bog-standard, others might be quite rare, making preserving them during battle a high priority. This can result in armies that include fodder troops specifically to protect more valuable troops. Conversely, you might pick up rare troops that cost a fortune only to find that their stats don’t accurately reflect their performance on the field — I think of them as the Chris Johnson’s of the game.

Besides building your army, there’s a spell system (if you have the correct abilities) which rewards seeking out new scrolls to transcribe. Various treasures are hidden throughout the landscape, and finding them (especially to complete sets of gear) can become a major objective. Remember the glowing ladies at the main menu? They’re Valkyries, and you recruit them as allies during the course of the game. Depending on which you choose as your “chief Valkyrie”, you gain access to special abilities. Oh, and they can be leveled as well.

There are so many different elements to the game that it’s almost hard to get anything done. But where that might be a negative mark in other games, in Warriors it is elevated to the level of a design feature. Even after ten hours of play, there were several aspects of the game that still mystified me. Not understanding the game never became a hindrance, however. Strategy games and RPGs often suffer from steep learning curves, and it was really refreshing to play a game where not knowing something felt like an opportunity rather than a liability. The plot is interesting, and does move the game forward, but it never really forces you to move faster than you’d like. As is my tendency, I spent a lot of time going everywhere that I possibly could, finding every possible side-quest, treasure chest, and roving monster before moving on.

As a completionist I appreciate the fact that, once a monster is killed, it’s gone. There are no random monsters, and they don’t repopulate. After all, it’s only fair, since you have a limited number of troops, too. That adds a certain strategic element to entering combat. On any given map there will be wandering monsters that are way, way too much for you to handle until you’ve gotten some experience and a tougher army. Even when you’ve progressed past a certain area, there remain some groups of monsters that provide a serious challenge. Part of the strategy of the game is picking which fights are worth fighting, deciding which troops to sacrifice and which to preserve, balancing the need to level your character against the potential loss of troops, and knowing when discretion has become the better part of valor. Even though the maps are by no means small, the strategic element of deciding which battles to fight at what point in the game adds some play time that you might lose from the lack of respawns.

King’s Bounty: Warriors of the North should be hampered by tedium, and yet the many and varied elements of the game don’t pull against each other or railroad the player. You can invest exactly as much concentration and attention in the game as you’d like, and you’ll enjoy yourself. If you want to spend hours fussing over which specific troops to fit into your army for one particular battle, you can. If you’d like to just stuff a bunch of Vikings in a boat and go squash things, you can do that, too. And the best part is, if you want to do a little of both, you can do it without missing out on anything or being penalized by the game. In WotN, opening one door doesn’t close another. It’s not a sandbox, but it does a great job of letting you enjoy as much of the game as you’d like on your own schedule. Having said that, the developers have underlined to us that there are over “60 hours of new gameplay” – though it is difficult to gauge how these 60 hours might have been measured – playing a very direct campaign storyline from edge to edge? then you’d better quit your job and buckle in, because you might spend a lot of time in the North. I admit to looking down my nose at the King’s Bounty series before playing it. There was a certain element of 80s metal album artwork that I found worrying. It had the feel of something made by people who were too close and too enthralled with their own work to do any quality control. It looked a little like an inside joke. It turns out that it’s more like the kind of fun that you have when you don’t worry about who’s watching, like playing with Legos or singing in your car. But, on top of that, it’s a really, really good game. So it’s like playing with Legos and making a scale model of the Eiffel Tower, or a professional opera singer singing in the car.

Alright, maybe those analogies were stretched a little thin, but the point is that Warriors of the North is a really fun game that looks a little goofy but is worth the hours and hours of unproductive time you will spend with it. It’s good enough that I’m inspired to play older games in the series. It’s easily good enough to recommend.

Get King’s Bounty: Warriors of the North on Steam

Check out our previous review of King’s Bounty: Crossworlds

6 thoughts on “King’s Bounty: Warriors of the North – An Indie Game Review” 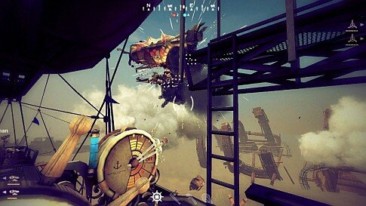 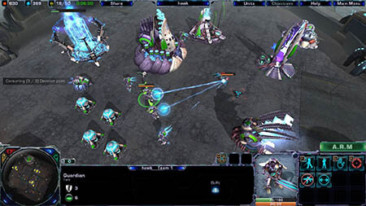