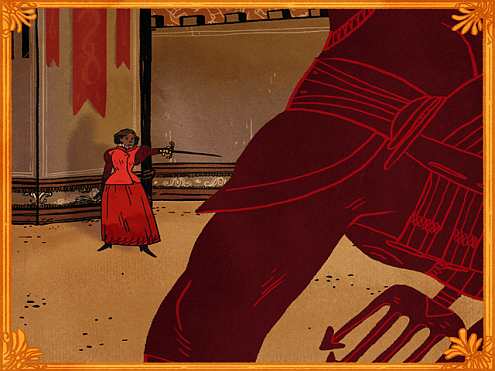 “The evil Yawhg is returning. How will the town’s locals lead their lives in the meanwhile, and what will they do when the dreaded Yawhg finally arrives? The fate of a community hinges on the characters’ actions, and the decisions of their players.”

Before video games, a lot of kids went on imaginary journeys via ‘Choose Your Own Adventure’ books in which at points in the narration you would be given a multiple choice and then turn to the page indicated to find out if you found your way out of the dark forest or stumbled into an Orc cave and got your bones turned into toothpicks.

Now, while The Yawhg originally created as part of the Comics Vs Games jam at the Toronto Comic Arts Festival, from indie developers Emily Carroll (Vancouver) & Damian Sommer (Toronto) is not quite a CYOA, it does lead to some interesting narratives, and becomes even more entertaining in a group. The Play’s The Thing

Sometimes promoted as an indie horror game, likely for the foreboding destruction, The Yawhg is not quite a ‘game’ either: you must choose at least 2 characters, up to 4, and have them go about their business in town. Mini-stories will be told, and the characters will be given slight modifications to their base attributes based on what was done, and the choices that were made.

At the end of the cycle, after several rounds, a great disaster strikes the city, and the characters must choose a new role in life based on what you think they would be most suitable in doing, based on the attributes they’ve gained through play to that point.

If everyone plays their cards right, and makes a good contribution to the rebuilding of the city, you can succeed in repairing the destruction and then are treated to a personal epilogue for each character. The main draw of the game is of course the narrative, because that’s mainly what it is. Lovely illustrative art by Emily Carroll and a chugging, hypnotic acoustic soundtrack that turns appropriately dour when things begin to go grim with weeping legato strings, support the gameplay beautifully. But do not also forget the social nature of it; it’s much better enjoyed with friends as much laughter is guaranteed with good company. I’m quite certain it is the intended way to play this title.

The mini-stories are entertaining, and numerous. If you keep doing the same things you will see repeats, but the outcomes will not always be the same. Sometimes you can change the outcome by having a higher stat, and sometimes it’s just a roll of the dice. In fact, The Yawhg is not only replayable, it thrives on multiple playthroughs. Always Room At The Fire for a Master of Stories

I played for about 3 hours with a single group. As a social game I felt I could get more fun out of it by playing with a wider sampling. Seeing and laughing at others’ interactions and choices was just as fun as making the choices for myself.

Multiplayer is done on a single computer. You can pass a keyboard or controller around for everyone to use, or if you are tech savvy, you can host a game online with friends and make their picks for them. The game is not networked, but it does present itself as a party game; though the game is not implicitly “multiplayer” I found this to be a rewarding and tenable approach.

Afterwards, my group gushed about how much fun they had, and I was subsequently besieged with requests, as my compatriots exclaimed how much they wanted me to later host another session for them and their friends. See my gameplay video below…

I’ll leave you with one of my favorite stories we found while playing:

A crazy man with bizarre sores on his body spit on one of us. It later caused us to go mad with power and destroy the gardens and no one else could use the gardens again for the rest of that session. They then went back to normal. But then later, at the end of the session, years after we’d repaired the city and all was well, the sores reappeared on that player and to prevent another disaster, they ran to the shore and swam into the ocean. The last that was seen of them was a massive explosion on the horizon.

This was probably one of the best not-a-games I’ve ever ‘played’.

Visit The Yawhg at the Official Site

Support The Yawhg on Steam Greenlight! 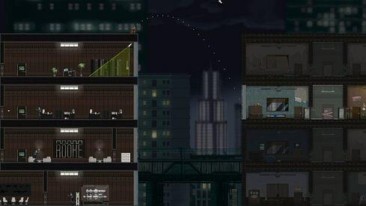 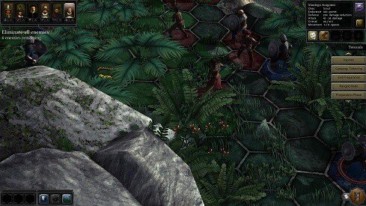