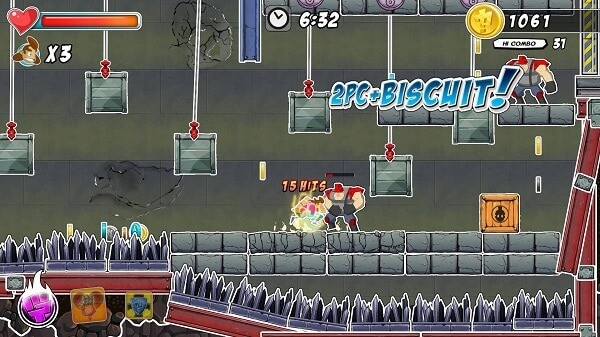 Super Comboman – What We Think:

Fusing fast-paced martial arts combat and side-scrolling platforming, Super Comboman is the latest a series of genre mashers to enter the ring. Featuring a cast of colorful anime themed characters and a diverse set of fighting moves, it has all the swagger of a champion. Unfortunately, several glaring technical shortcomings keep it from ever being a serious contender. 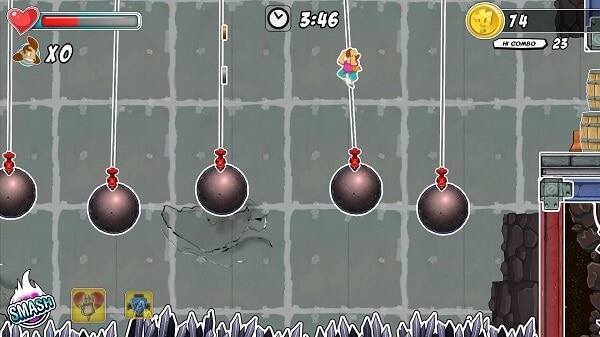 Struggles – a heavy-set comic book fanboy, realizes that the mortgage on the family home is past due. If he is going to keep the roof over his little brother’s head, he will need to get a job. Fortunately, the massive construction project directly across the street is hiring. As he takes on various tasks, it becomes clear that something more nefarious is afoot. When his hero Super Comboman appears, Struggles knows he is in for the fight of his life.

You’ll traverse several different stages, squaring off against waves of your co-workers (just go with it). Take the time to explore and destroy as much as possible, and you may uncover some beneficial extras.

He’s Going to Use “That” Technique?!?

By busting out an assortment of combat moves (many of which are lovingly aped from famous fighting games like the Street Fighter franchise), Struggles can unleash powerful combos on his foes. Larger chains of moves will cause defeated enemies to drop more coins. Striking items will keep the chain alive when there are no combatants present. 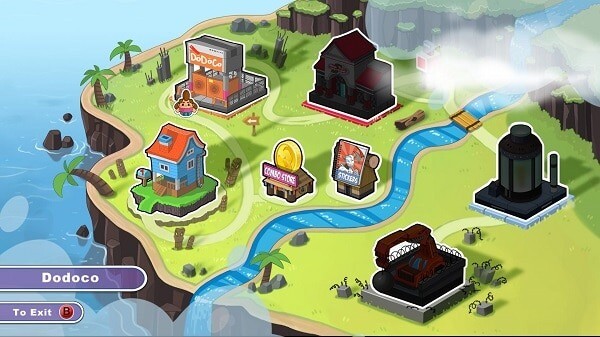 Once a stage is cleared, you’ll have the ability to visit the Fight Store. Here, Struggles can spend his hard-fought coins on additional combo moves and power-ups. Beyond paying homage to moves that have been spoofed a bazillion times since the 90’s ended, the new moves do little to spice up the combat after the initial “sweet new technique” gloss is worn down.

Struggles and Crew score big points for style: The soundtrack is nothing short of excellent, with the title track conjuring up fond memories of Hotline Miami. While the action in Super Comboman certainly never reaches the same levels of uber-violence, the trance-like tunes are a welcome addition.

The visuals are styled in such a fashion that the characters look like paper cutouts against a moving comic book backdrop. Each animation appears hand-drawn, and transitions between moves are (for the most part) smooth.

The actual combat, on the other hand, is far too sloppy; even after a great deal of practice, I felt like successfully unleashing a fireball attack was as much luck as it was skill. If I could even manage to get it to activate, it would often fly off in the opposite direction. 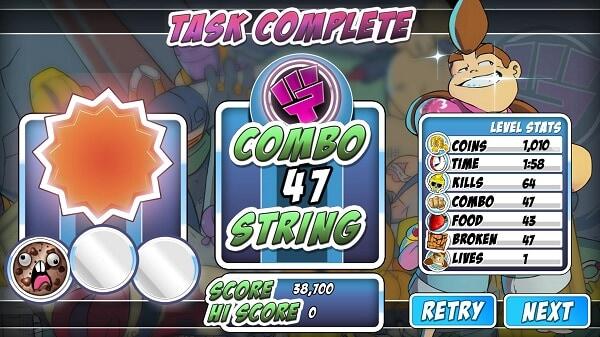 The effectiveness of the parry function feels equally sporadic. With both struggles and his attackers sliding around during combat, it’s difficult to pinpoint the right moment to break into an attack. And heaven help you if you should end up between two foes – you’re likely to have your health completely depleted before you can escape. It’s possible that the intention is to keep the action fast-paced, but as it is presented, it just feels loose.

If No One Shows Up For the Battle…

Enemy animations will frequently suffer from collision detection issues; in several instances, one would pop into existence on screen, but if I moved Struggles or an object in his path before he touched the ground, he would simply wink out of sight, not appearing until the way was clear. In other cases, they would just hover a few inches above the ground, not moving at all or spinning wildly.

The platforming elements also acted randomly, twitching in all directions on the screen in varying degrees of speed. I had a case in which for whatever reason, a wrecking ball was flailing back and forth wildly as it smacked into each of the adjacent obstacles making traversing the stage almost impossible. I can appreciate a level of difficulty in a platforming game, but if I’m going in for multiple attempts to clear a stage, I prefer a ROTE approach over luck-of-the-draw placement and interaction.

In a lot of ways, Super Comboman feels like a real-life lesson in what happens when a fanboy gets the chance to throw down against his heroes; once the confident bluster is expended, the numerous holes in his defense results in a quick and embarrassing defeat. While the game packs a good amount of style and humor, the loose controls and the far-too-frequent glitches seriously trip up the experience, swapping out fun for frustration throughout most of the adventure.

Get Super Comboman through Steam

Watch the trailer for Super Comboman below: 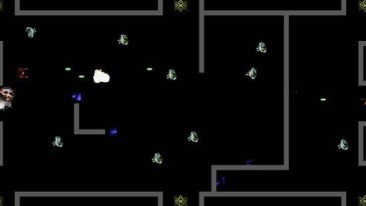 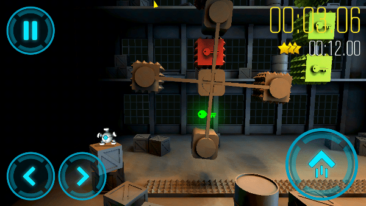