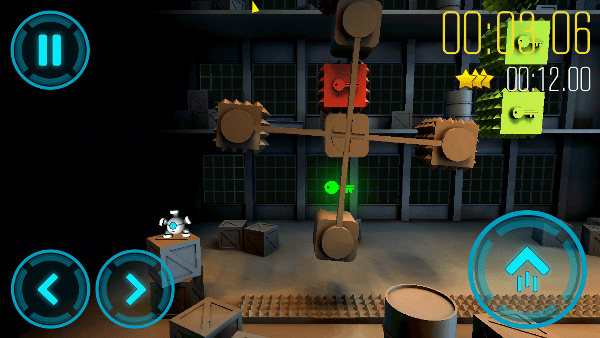 It’s easy to be skeptical of 2D platformers on touch devices: I’ve found often the platform makes them tough to play because of the lack of physical controls. Game development company Helftone Ltd. aims to improve upon that with their debut game Pentumble. 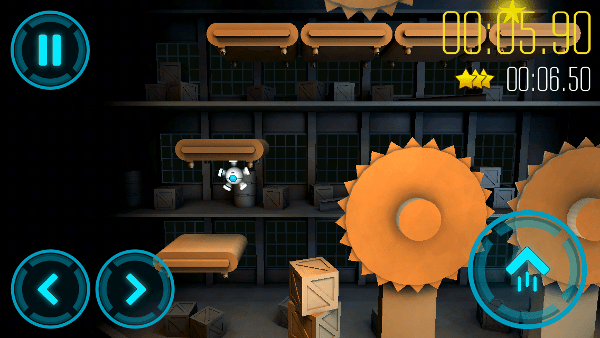 Pentumble is set up like most level-based mobile games – levels are short, and at the end of each one, you are rated with a 3-star scale. The main goal is to get to the golden star in each level. Your character is shaped like a wheel and has many legs that can stick to any safe surface, the latter of which helps the controls feel tight and precise. Controls are simple: you can move left, right, and you can jump.

One of the biggest problems with 2D platformers on touch devices is that jumping increasingly becomes a chore the more buttons you have to press. So the main action within a platformer automatically becomes more difficult. Pentumble alleviates this problem by making the game more about jumping straight up and then occasionally moving your character in the air instead of controlled jumps either left and right. Another smart way in which Helftone addresses the jumping challenge is the use of moving and rotating platforms. These platforms – combined with the character’s sticky feet – make the act of jumping comfortable enough that the challenge comes from the level design, as it should, rather than the feel of the controls. 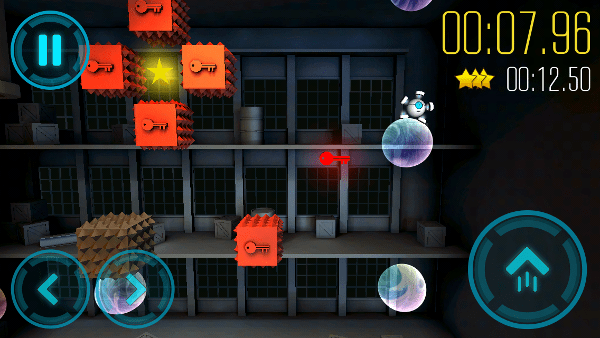 Unfortunately, in Pentumble, levels don’t deviate much from moving platforms, keys that destroy geometry, and basic traps. Although the levels are not necessarily interesting, they still offer enough of a challenge for enthusiasts of the genre. I hope to see the complexity in the level stages ramp up, but the further through the game I got, the more I felt it plateaued.

Another disappointing aspect of the game was its lack of narrative. I believe a semblance of a backstory or even characterizing the player avatar would have done wonders in helping the game not only stand out in a sea of choices, but also make it more of an enjoyable experience. Super Meat Boy – a similarly designed 2D platformer – featured a memorable cast of characters and a spare but effective narrative setup that aided in giving the game more charm and staying power. Pentumble doesn’t need these elements since it’s fun to play, but without them, it ends up feeling more generic than it should.

I also found the art direction uninspired; objects are clearly defined and nicely textured, the effects look great, but the aesthetic feels as drab and muted as the brown color that permeates the levels themselves to the spinning saw blades.

I did encounter a couple of bugs while playing. On more than one occasion my character could not move left or right. It’s a small bug that can be fixed with a future update.

These minor grievances aside, I found Pentumble to actually be rather enjoyable. Don’t let the idea of a 2D platformer on a touch device scare you off, because here is one of the few that does the controls on a mobile device right. Though the game could have used better level design and a more inspired visual treatment, there is enough here for anyone looking for a good, challenging, mobile 2D platformer.

Get Pentumble at the iTunes App Store

Get Pentumble at the Mac App Store 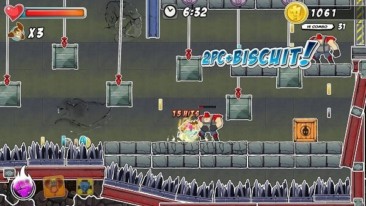 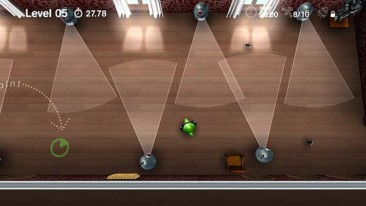