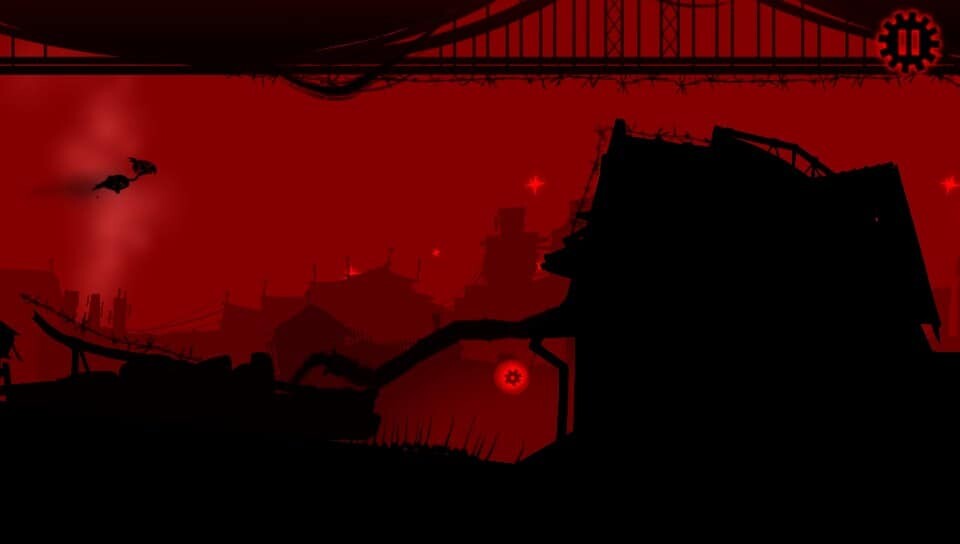 Red Game Without a Great Name – What We Think:

Red Game Without a Great Name is a single player puzzle game consisting of 60 levels and horizontally side-scrolling action. The introduction of the game does little to provide you with a storyline, and simply shows a person tinkering with a mechanical bird and then releasing it. As a visual tutorial, the bird is then shown being guided through obstacles and collecting little cogs in order to make it to the level’s objective, a bird cage.

Text appears on the screen explaining the only control of the game, which is swiping the screen to teleport. You are immediately greeted with a charming soundtrack consisting of mostly accordion and piano arrangements with an upbeat tempo, insinuating that this game takes place in an alternate France. 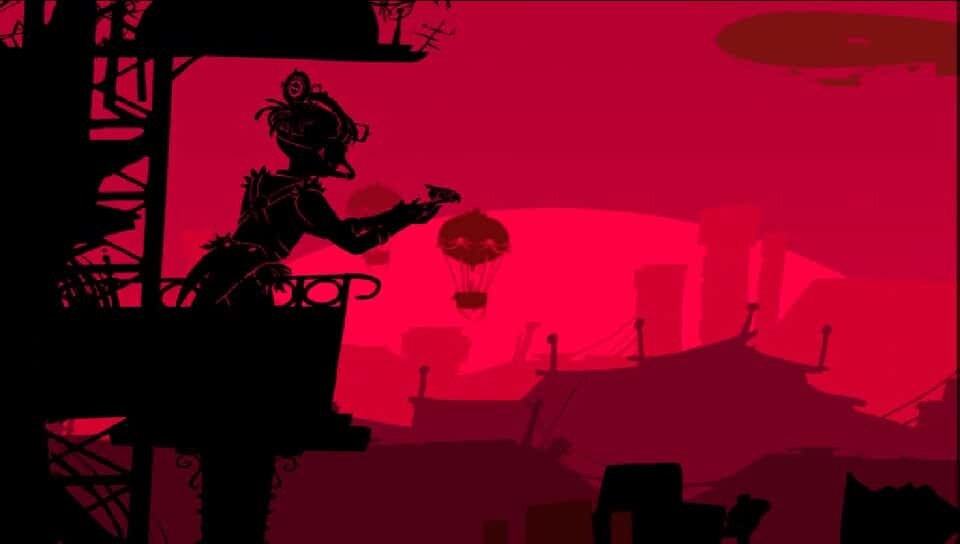 As you begin the game, you start with the aforementioned swipe controls to teleport your bird to safety while attempting to collect cogs that are usually placed just outside of harm’s way. The game does a good job of easing you into the difficulty before slamming you hard in the face around the 12th stage with more obstacles than airspace.

You don’t assume direct control of your bird, as the screen is in perpetual motion throughout each level. Your bird will fly from left to right until you run into air vents that will change your flight direction. This is necessary for certain puzzles and ultimately level completion, but it is also included as an obstacle, as flying into the wrong vent will land you straight into some barbed wire or spikes.

Once you reach the bird cage at the end of the level, text appears citing “Mail Delivered,” and your score for the level is then displayed. This is dependent on how many of the cogs you’ve collected in relation to how many deaths you’ve accrued in your level play-through. Scoring no deaths and all three cogs earns you a “Flawless” grade. The game doesn’t reward you for this feat, other than giving you a few PSN trophies for racking up a large number of these scores.

Red Game Without a Great Name is exactly that, and it lives up to its title. Every stage you play has either a red background or another color incorporating heavy use of red, such as purple or orange. The art style is clearly inspired by popular games such as Limbo or Badland, only broken up into smaller bite-sized chunks with much simpler gameplay and more frustrating puzzles.

One aspect in particular that makes the game frustrating are the controls. Personally, I really enjoy playing games on my Vita; however, I prefer to use the face buttons with the odd touchscreen control incorporated into certain games where they fit. Red Game is supported completely with touchscreen controls, as it was a mobile game previously, which makes sense based on the gameplay.

The only downside to this is that it’s not very comfortable to play holding your Vita in one hand and trying to swipe with the other. As a right-handed man with large hands, I found my hand was often blocking the rest of the level with how often I had to teleport, causing me to die continuously.

I tried playing it left-handed, which was even more uncomfortable due to my lack of ambidexterity. The touchscreen controls themselves were a bit spotty. Even playing on the latest model of Vita with a calibrated screen I found my bird overshooting the spot where I was attempting to teleport it to, resulting in many deaths. 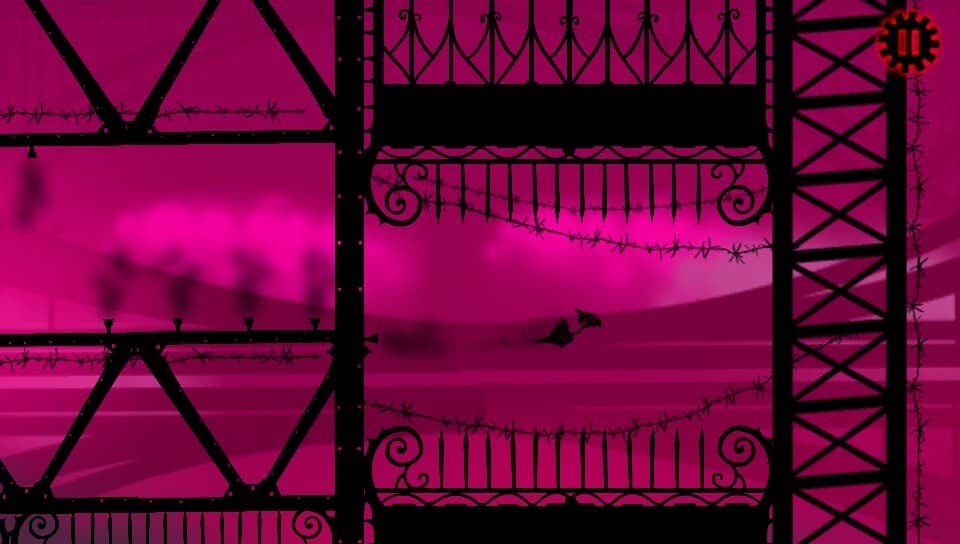 As an overall experience, Red Game Without a Great Name annoyed me to no end by not rewarding my continuous play. I can appreciate a difficult game, but this game really doesn’t do much to feed your motivation to continue playing it. I must say I enjoyed it for a solid five minutes before it just became a chore and I was yelling at my screen with no real sense of accomplishment. Definitely a game to avoid, unless you’re a masochist.

Red Game Without a Great Name is available via Steam, the iTunes App Store and the PlayStation Network.

Watch the trailer for Red Game Without a Great Name below: 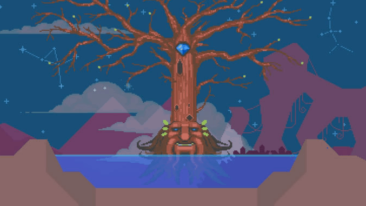