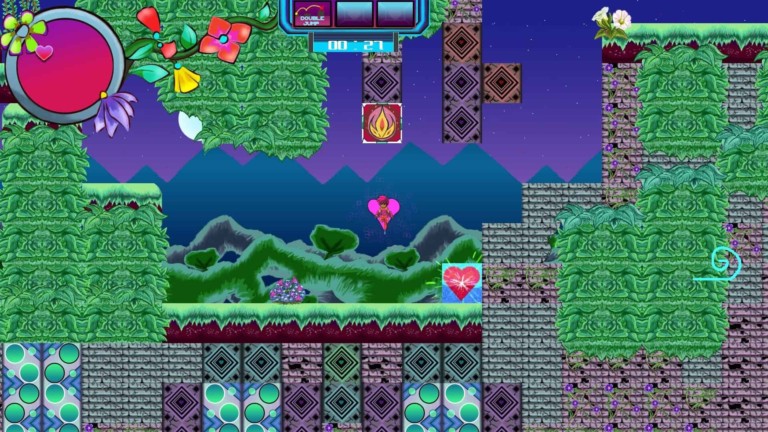 PulseCharge is another in a long line of retro platformers built around a singular mechanic. In this case, it’s the titular “pulse charge” itself. Absorb an enemy projectile, then blast off! You can pulse charge enemies, but more importantly, you’ll need it to make your way to the end of each level. 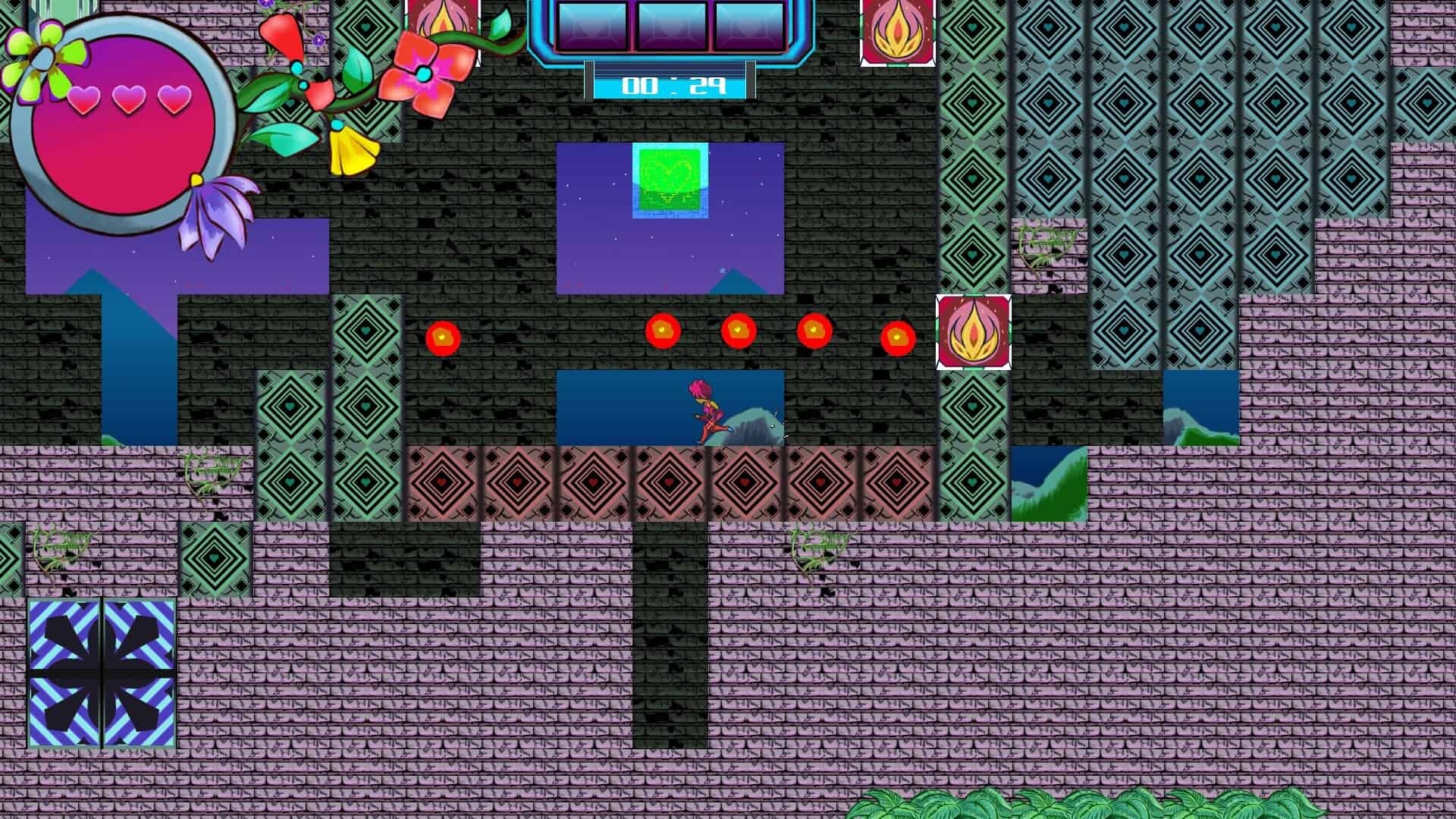 It’s an interesting and slightly unusual mechanic that took me a little getting used to. Once you absorb an enemy attack, you’ll simply float in space – presuming you were mid-jump – until you pick a direction for your “pulse charge.”

Once I had the hang of it, though, it was relatively easy to work out how to use it. That doesn’t mean it’s easy to put into practice, of course; this is an old school platformer, after all. Fast reflexes are required. And more than the titular pulse charge, you’ll be tasked on each level to unlock a couple of special abilities – a double-jump and a longer distance pulse charge – in order to make your way to the exit.

In terms of feel, PulseCharge is closer to Mega Man than Mario. Jumps are quick hops, not long floats. And while the emphasis is more on exploration than combat, there are still plenty of projectiles to dodge; while the game is light on actual “enemies,” there are plenty of spikes, cannons and other traps.

That said, this isn’t another take on the nearly impossible platformer. Thank god for that; there are enough Super Meat Boy clones out there already. PulseCharge is tough in places, but it’s not frustratingly tough, and it never feels unfair.

Apart from well-executed platforming action, PulseCharge has an interesting aesthetic that I can only describe as “little girl psychedelia.” Pink hearts abound – and not just as the standard “hit points” icon – and projectiles flicker in rainbow colors. Bright flowers adorn the landscape, and even the enemies, like butterfly-winged cannons, are more cute than scary (though no less deadly for that). The soundtrack, with lots of synthesized acoustic guitar strums, adds to game’s fairy garden atmosphere.

The game’s alien planet by way of Lisa Frank binders is intriguing enough that it’s a surprise and a disappointment that PulseCharge has absolutely no storyline attached to it. Who is our fast-jumping, pulse-charging heroine in the heart-adorned overalls? Who ruined a perfectly good fairy jungle garden with spike traps and flamethrowers? Perhaps that’s meant to be left to our imagination, but a hint or two would have been nice. 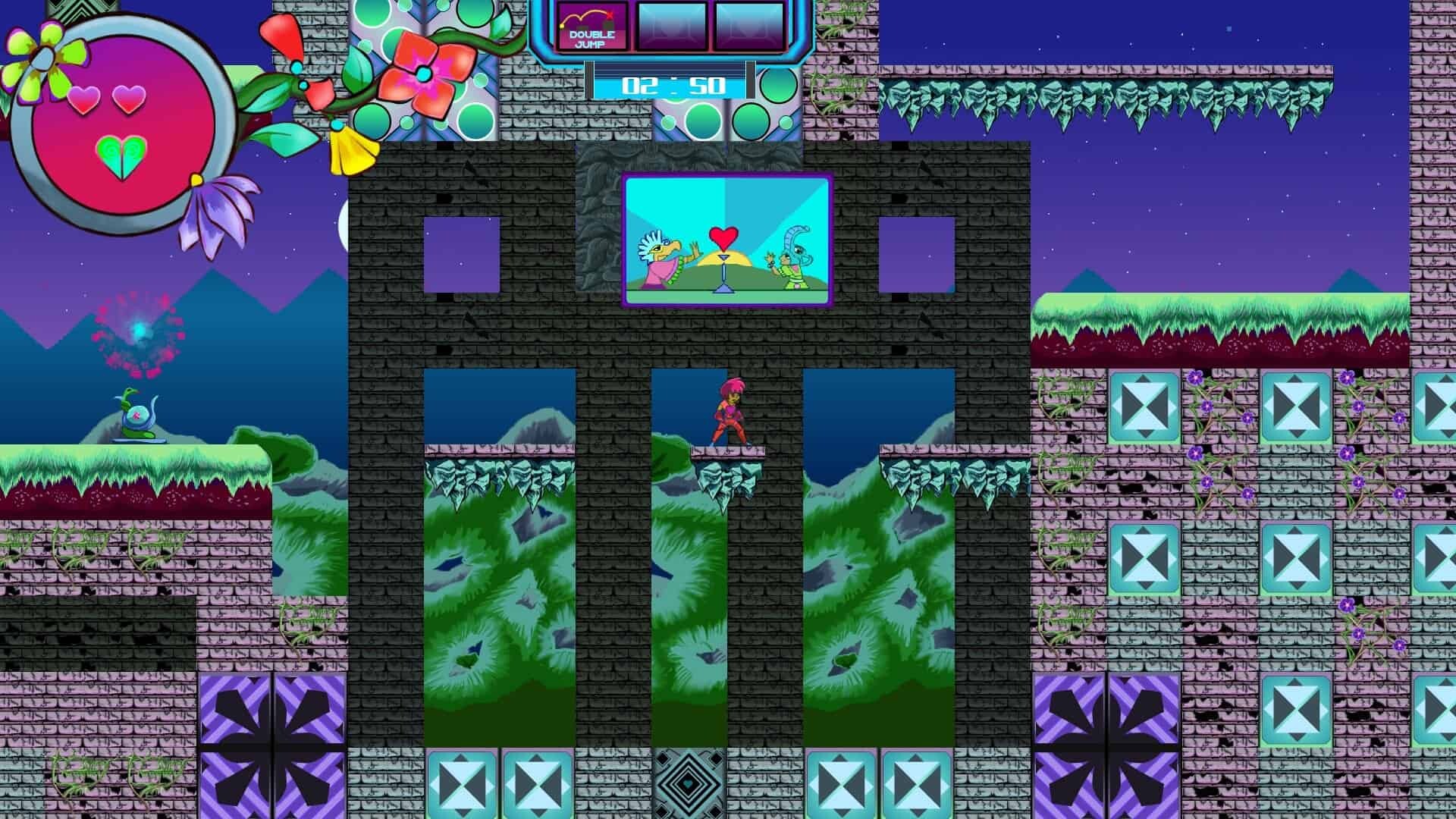 Sugar and Spice, and the Platforming’s Nice

The sadly overlooked storyline aside, this is a solid platformer that makes use of some interesting effects. Its sense of open, mostly empty levels and its focus on exploration rather than battle is a bit reminiscent of 2014’s Out There Somewhere, although it’s not as fully fleshed out. Still, it’s a solid first effort from Frozenmerk Games, and definitely worth the low price tag.

PulseCharge is available via Steam.

Watch the trailer for PulseCharge below: 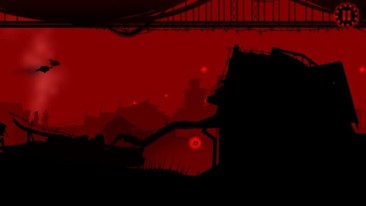 Red Game Without a Great Name – An Indie Game Review 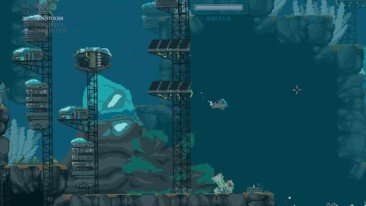 The Aquatic Adventure of the Last Human – An Indie Game Review