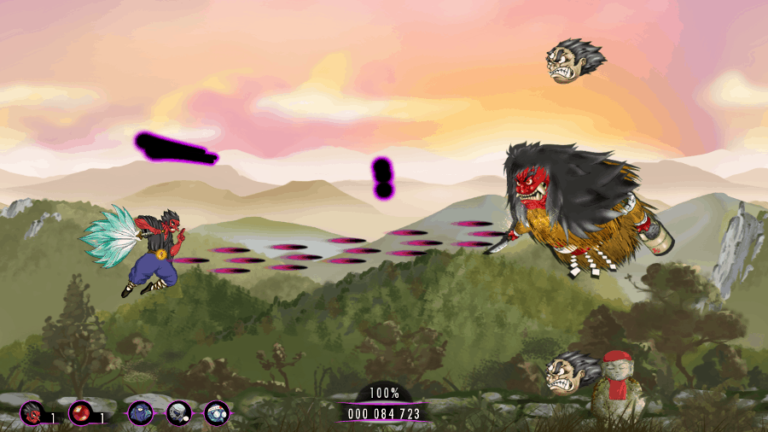 Nandeyanen!? – The 1st Sûtra from indie game developer Tchagata Games is one that, for the most part, throws familiarity out the window in an effort to offer something different. 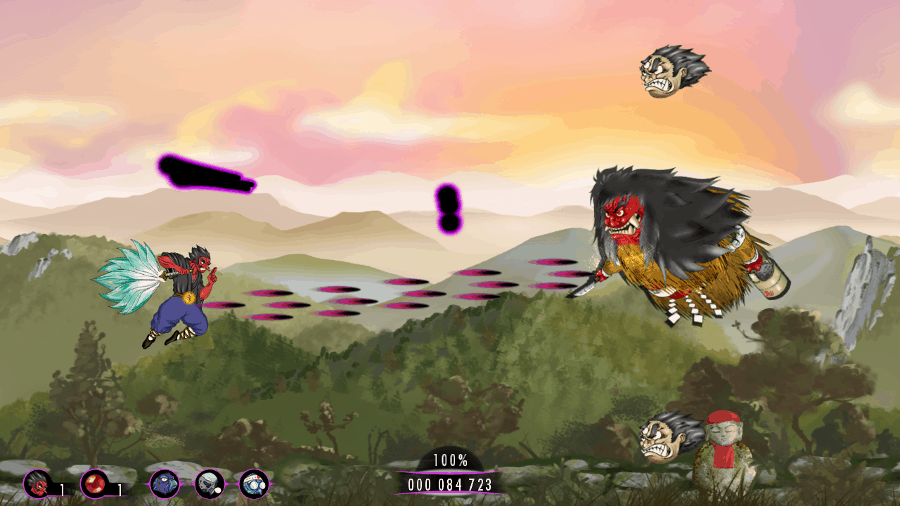 According to the game’s Steam Store page you play as “…Tenguman, a long nosed goblin who wakes up after a thousand year sleep to see the world overrun by an army of mythical pranksters.” I say according because the game doesn’t do a real good job of explaining this within the game. Tenguman seems like he has a purpose – which is to destroy these mythical creatures – but it’s never clearly explained. Enemies will speak to you in confusing manner and be purposefully vague. It makes the narrative in this game feel almost non-existent.

Now You Tell Me

I later find out through a Game Over screen that I’m perhaps trying to rescue someone? Perhaps a love interest? It would have been nice if the game gave me some kind of clear backdrop to what it is I’m doing and why. I know that narrative in Shmups are usually an afterthought, but there was some wasted potential here to create a solid narrative since so many pieces were in place.

For the most part the game plays a lot like a standard horizontal shooter. You are constantly moving right as waves and swarms of enemies come at you or fire projectiles at you, with bosses scattered around here and there. The second level boss in particular is easily the most enjoyable. Dodging horizontal and perpendicular lines while projectiles rained from above was one exciting sequence in particular. 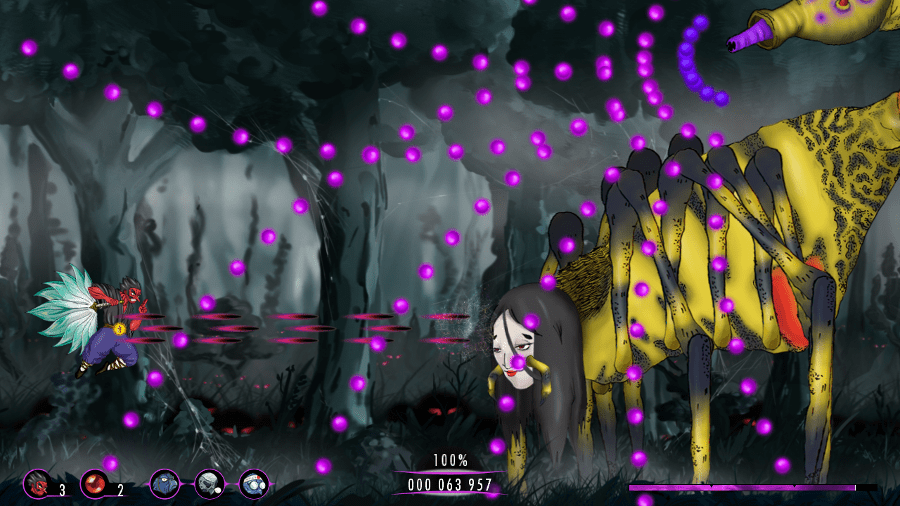 Besides your standard attack, which is effective enough, you have an alternate shield attack which changes up the game in a positive way. The shield attack allows Tenguman to bounce back projectiles for a limited amount of time. Early on, this ability acts as a good way to offer the player a more defensive way to play, and also a lifesaver if they are overwhelmed by projectiles.

Later on this ability becomes mandatory when you have to bounce projectiles back to certain enemies in order to defeat them. The progression of how you use this ability gave the game some small, yet much needed depth. The most entertaining sequences happens when bouncing back projectiles was the main route to success.

Without the shield ability, the gameplay would have not been as entertaining, though it still feels a little limited. I think that the game would have been a lot more enjoyable if it had a copious amount of different attacks. Perhaps attacks inspired by Japanese mythology or folklore, which bring to the matter of the game’s themed aesthetics:

Not many games look like Nandeyanen!? – The 1st Sûtra as it’s heavily inspired by Japanese mythology and folklore. You’ll go against things like demonic birds, screaming lanterns, floating heads, and anthropomorphic creatures. Whether a level took place in a haunted forest or a green hill covered valley, it was visually impressive. It has a good sense of art direction and it’s the game’s strongest aspect. I derived enjoyment from looking forward to what I’d fly through next or what creatures I would encounter, but unfortunately it was too short-lived to matter. 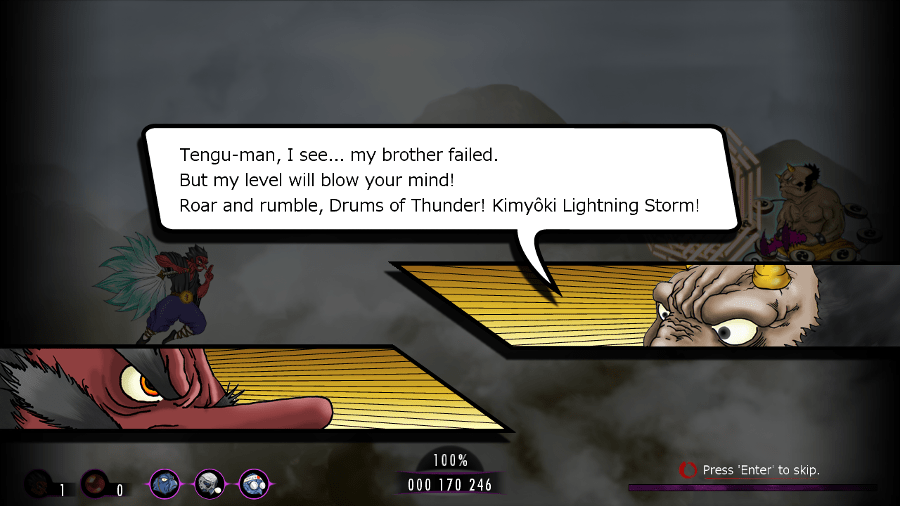 Nandeyanen!? – The 1st Sûtra is an extremely short game. It consists of three stages with a “To be continued” screen at the end of the third. It feels as if the developers either ran out of time or plan to update the game later. Perhaps they are testing the waters to see if people enjoy what they have created so far. Either way, the game feels unfinished since it ends so abruptly.

Nandeyanen!? – The 1st Sûtra had a lot of potential to be something better than it ended up being. It’s a game that has good shoot ’em up mechanics and a palatable art style. It’s unfortunate that the game is so short and so narratively unappealing, but for a lot of fans of the genre that’s a non-issue. If you’re a fan of the genre and looking for a new, short, and simple experience; give Nandeyanen!? – The 1st Sûtra a shot. 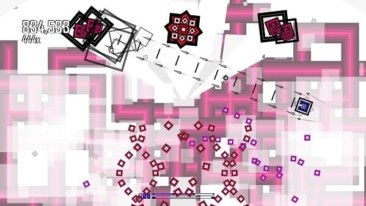 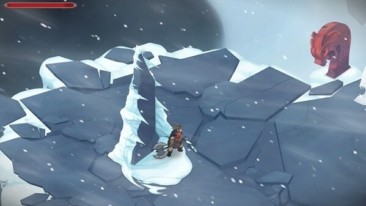