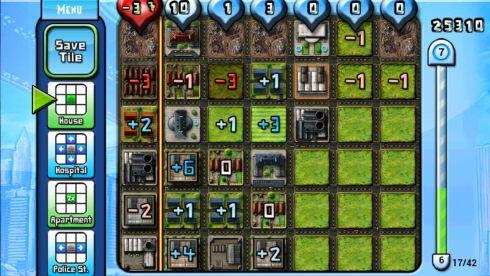 Megacity is a game of planning and thinking ahead to squeeze the most points of out your citizens by clever town planning. And if it all goes wrong, it’s their fault for electing you mayor, right?

Megacity is a real thinking person’s game, which appeals to and is suitable for all ages.

MegaCity HD is a tile-based puzzle game wherein you must accumulate a certain number of points, derived from property values, in order to clear the ‘hot-seat’ row. These property values come from squares upon which houses are built, with the value of any given square being increased or decreased by a wide variety of other buildings that modify the point values of spaces around them. It plays out like a form of Tetris or perhaps Minesweeper, but careful consideration of the effects of different building types, from a police station to a shopping mall, add a much richer dimension to a title that could otherwise seem far too derivative. And in these considerations, MegaCity HD becomes an extraordinary example of good game design, made particularly more striking by virtue of the fact that it is the developer’s first release.

The most intriguing aspect of Megacity were the many analogical layers that emerged in using certain buildings in certain positions; the merits of good urban and residential planning vs. haphazard or negligent over-development – putting industrial or commercial buildings beside low-density residential communities and so on. For example, in placing a mall, the effects are positive on its front-facing side, while its anterior creates negative effects, presumably because of the crime and degeneration that emerge in its sprawling parking lots. A police station can be used to temper these ill-effects, and lucrative commercial structures have farther reaching effects than a garbage dump which lowers the property value of those spaces immediately surrounding it.

The function of all these tiles is very well thought-out and I really enjoyed and valued how they germinated narratives in my imagination as I played what on the surface would appear to be a simple tile-based puzzler. MegaCity offers a perfect balance of logic and abstraction – enough to suggest these ideas of a meta-game but not so specific as to feel like a game on rails.

As you progress you unlock intriguing new structures with formidable, game-changing powers. I won’t spoil for you what these unlocks are, but they do provide a palpable shift in strategy as your progression unfolds. Unlocks are persistent, in that once unlocked, they are always available. I questioned this decision, wondering if it might have been better to make them easier to unlock in each game as opposed to being available from the outset in all subsequent games; in considering the online leaderboards, it seems that those who have played longer get higher scored not necessarily because they are better but because they have more powers to begin with. Eventually, you will have unlocked all of these “super-structures” and the game’s replay value will dwindle as the initial challenges become mitigated by these powers, threatening to eventually exhaust the game’s challenge, like owning every toy in the toy store until the magic of that first one is gone, never to return. I did get a heartbreaking bug in unlocking the Airport tile – the notice of its unlock simply froze on the screen and though I could still interact with the UI and place tiles under it, it effectively prevented me from seeing what I was doing in the bottom four rows and ruined a high-scoring game into which I’d invested a good thirty minutes. Heartbreaking, because I found myself rooting for this game and its developer and stupid little problems like this are just not fair to anyone especially the developer. Fortunately within a week a patch was released that corrected the problem.

That said, I played this game for the entire length of a six-hour drive from Cape Cod to Bangor, Maine, without ever looking up to enjoy the scenery. Once grasped, it is devastatingly addictive. The music is terrific – big city jazz bopping along while you do your urban planning. There are even teeny tiny little cars driving around between the tiles. As far as I could tell they are just for show, but they add that extra little bit of detail that raises this game from prototype to polish.

The game is available on both iOS and Android, and there are some differences between the two. While I played the vast majority of my games on Android (which was perfectly enjoyable) – the Android version’s leaderboards are hosted on a server maintained by the dev, but because of the limited bandwidth of his own system, only your top score will be submitted if you choose to do so. Local scores were originally just a high score board for that device and since 99% of people are the only people who use their devices then it’s essentially a personal best scoreboard. This was confusing at first, but that is how the game is set up. He mentioned that it’s possible he may revamp this in a future update because he admits it’s not the smoothest system on the Android version right now, whereas the iOS version uses Game Center.

The UI is also different between the two platforms: you can see your progress towards the next level with the green bar on the right side of the screen while playing and gain XP to progress to this with every column you clear, or by completing achievements or the challenges. When I finally tried the game on iOS devices, this XP bar was far easier to spot on the right hand side of the screen, which on iOS also displays the number of points you must accrue to clear a row, whereas on Android this number is displayed over top of the hotseat row itself.

Thus while the game is more polished, and different in some important ways on iOS, it is still terrific on the Android platform, and because of the nature of the Android marketplace, a much stronger product to add to your Google Play catalog, given its respective competition.

Deeply intrigued by the apparent depth of the game and its design, and noting that it appeared be the first title ever released by Cole Powered (aka sole developer Cole Jeffries) I reached out to ask some more about the game’s origins and evolution:

“Honestly the idea for the game just developed as a process of me refining a concept for a game for a mobile device. I started off wanting to make a game about city building, although originally it was going to be something closer to a management game like Simcity. The grid idea came about because I wanted something that was easy to play on a touch screen phone – where the user could tap a square – I didn’t want it to be too fiddly.

“When I took the city management idea and simplified it to suit mobile devices, I ended up with this +1 and -1 system which is the foundation of MegaCity. So it naturally became more of a puzzle game from there on, and the rest of the game fell into place around that. I guess the endless random tiles idea came from the old windows 3.1 game ‘Pipemania‘- at first I wasn’t sure whether the lack of control would be a problem, but in the end I actually liked having the random element in there.

“Some people did have a problem with the randomness though, which is why I added the ‘save a tile’ feature quite recently, to help balance out the randomness a little.

“This is my first ‘proper’ game, but I released the original version over a year ago on iOS. Since then I’ve been listening to the suggestions of players to improve it – I think I’ve done about a dozen updates since the original release. I’ve also revamped the graphics completely and reworked all of the sound just because after half a year of the game being released I looked at it and though ‘I can do better!’

“So this past year has been a learning experience – and I’ve tried to apply everything I’ve learned to the game through updates to make it the best it can be.

“I think I am close to the end of providing updates though (apart from necessary bug fixes of course), not because I’ve run out of ideas but because I want to start saving them for a sequel now.

“In terms of my background, I’m an illustration graduate, so I would definitely consider myself more of a designer than a programmer. I actually used a software package called ‘Multimedia Fusion 2‘ to create MegaCity, which makes the programming side of things much easier for somebody like me who is more focused on design. That said while adapting my game during the past year I have been picking up Objective C and Java along the way so that is slowly shifting.

“I’m thinking of maybe making a Windows Phone version in the future too. I think this game will stay on mobile platforms (and also exists as a flash version too) but in the future I’d love to get a game on Steam, in my spare time I’m a PC gamer at heart!”

Seemingly simply, MegaCity HD is in fact a powerful gaming experience worthy of your time and investment. It is a standout in a crowded mobile marketplace in 2012.

Get MegaCity at the Google Play for Android

Get MegaCity HD for iOS at the iTunes app store 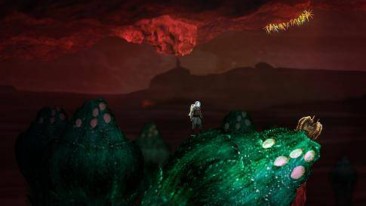 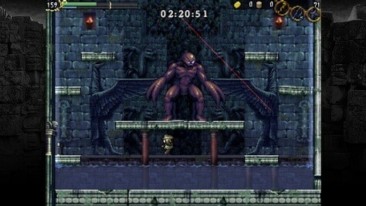