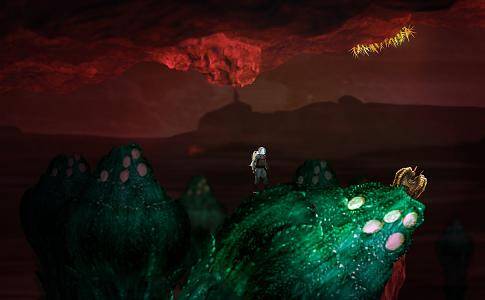 Waking Mars is a one-of-a-kind adventure in which you jetpack through subterranean Mars encountering a host of extraordinary alien lifeforms that operate as a living, breathing ecosystem. Learn and master the behaviors of these creatures to create ecosystems of your own design if you are to survive and discover the secrets of Mars’ past.

For independent game developers Tiger Style, what began as a humble release on the iOS mobile platform, became a breakout success story, selling over 100K copies within months and then undergoing some improvements and embellishments as it ported to PC and eventually Valve’s Steam platform (as a result of being selected through the Greenlight initiative). This rapid germination and growth was in part the result of the game’s success with the fans and critics alike. It is also worth noting that Tiger Style’s founders – Randy Smith and David Kalinawhose have a collective resume that includes Splinter Cell, Deus Ex: Invisible War and the Thief series. So now it is our turn to weigh in on the final product – the Steam release, featuring all the new voice acting, UI updates and now Steam’s cloud sync, Big Picture feature with full gamepad support and achievements. Read on…

Waking Mars pulls you straight into its world from the moment you dismiss the start screen. From the outset, the game presents itself as a platform based adventure but it will quickly become apparent that there is more on offer here than a traditional jumping game. Waking Mars packs some unique challenges and it stands apart from other platformers through its unique gameplay and pacing. Waking Mars is set, unsurprisingly, on Mars in the year 2097 and life has been discovered in vast subterranean caves under the surface of the planet. You play as Liang, a scientist and explorer searching for new examples of life on the planet. As you roam from cave to cave a mystery begins to unravel as you learn more about this long lost ecosystem.

The story is underpinned by strong characters that help to draw you into the world of Waking Mars. Supporting characters include “ART,” a comical AI that helps organize your research and Amani, a woman who helps to guide you through the various challenges you’ll face. Superb character portraits are used to backup these three characters, from the endearing expressions on Amani’s face to the simple but often amusingly inappropriate emotes that ART uses to convey emotion. The images get reused and cycled after a while, but their placement in sync with their dialogue never feels lazy or like a limitation. Liang’s curiosity is contagious, helping to solidify the story of Waking Mars. While the story is a solid foundation, it’s the gameplay of Waking Mars that sets it apart; rather than fighting your way through enemies you’ll actually be spreading life around the caves of Mars. This surprisingly engaging task is handled by collecting and planting seeds from the various plants that inhabit the caves. Facilitating this objective is a jetpack that allows for enjoyably smooth navigation of the caves.

Each kind of plant requires certain conditions to be fulfilled for it to produce seeds and so planting the right flora is essential. For example, one plant needs to be exposed to a water seed launched (or manually obtained) from another plant to produce seeds. Eventually you’ll even begin to encounter fauna that can be fed certain seeds or even lured into carnivorous plants to achieve your goals.

While this initially results in puzzle gameplay as you fulfill certain criteria to gain the right seeds, it soon grows into something more interesting, even mesmerizing. By planting a healthy variety of plants and thinking carefully about where they should be placed you can effectively cultivate small ecosystems that are self perpetuating. Animals will naturally grab nearby seeds for food and certain plants will pollinate others automatically if they are close enough. Each area will become a well designed garden for you to tend. This refreshingly unique gameplay is supported by a map that will help you to navigate the caves of Mars and a research encyclopedia that catalogs your discoveries, allowing you to easily remind yourself of how to manipulate different plants or animals. The research browser also functions as a list of objectives, showing you aspects of each kind of life-form that you still don’t know about.

One awkward hindrance to this otherwise superb gameplay, is a camera that can sometimes be uncooperative. The camera often pulls in a direction other than the one you’d like to be looking in, forcing you to hesitate as you wait for a visual on the area you’re flying towards. It can be a little irritating when you want to see ahead and the camera leans in the opposite direction but it’s ultimately a small issue.

The music and graphics of Waking Mars are well produced. A percolating electro-ambient score serves to set the lonely atmosphere of the underground caves in concert with evocative, polished, stereo-aware sound effect design whilst the caves themselves are rendered in a wide variety of styles from the classic red rock of Mars to more interesting visuals deeper underground where the mineral chasms and their variety of lifeforms straddle two and three-dimensional looking textures, some that look like paper cutouts, and others that feature specularity. The character portraits are, as previously mentioned, especially delightful. Waking Mars is an atmospheric adventure that makes an overused location in modern sci-fi fresh and engaging again. Warm, personable characters serve to make the job of exploring the caves a pleasure; you’ll soon want to learn more about the superbly designed ecosystem under the surface. Mystery is used to give the plot a gentle tug forwards throughout the game and the act of bringing the subterranean world to life is consistently evolving. If you’re looking for a relaxing but engaging adventure game that strives to provide something a little different, then Waking Mars could be for you.

Get Waking Mars for Android at the Google Play store

Get Waking Mars on Steam

3 comments on “Review: Waking Mars (had an amazing year)” 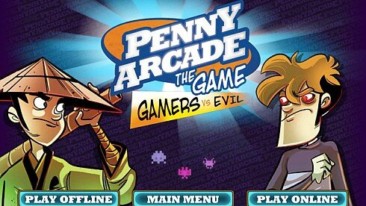 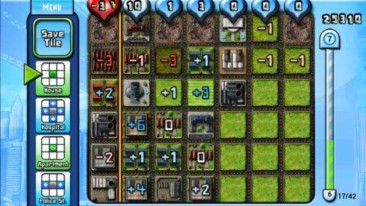