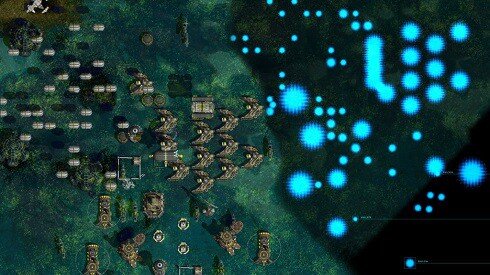 Machines at War 3 suffers from a dated presentation that makes it difficult to engage with whatever strategic or tactical challenge the game may have to offer. In many ways it does remind one of Command & Conquer—a game I played over fifteen years ago, and which has been improved upon by other titles in the genre. The game leans heavily on nostalgia for the classic RTS games of the 90s, and thus runs the risk of overplaying its hand. It feels very much like a fan mod of one of those old games rather than a new production, and not entirely in a good way.

With that said, RTS vets will feel right at home. Though breaking no new ground, Machines at War 3 gets the core elements of the genre right without over-complicating the gameplay or getting tripped up by its own presentation. As RTS players might expect, the flow of a level tends to go from building a base, to reinforcing it with various defenses, to building an army, and eventually sallying forth to attack the enemy. Resource collection is basic, with one of the two resources generated automatically by your own buildings. While boasting a massive variety of units and buildings, units can only either move or attack (with only one kind of attack) and buildings tend to be similarly limited in purpose. Cleaving to the usual rock-paper-scissors tactical formula, the variety of units doesn’t affect the simplicity of build strategies, which tend to move from building general purpose attackers, to building counter-units, and finally to building one or two of the highest tier units to dominate the field. Thanks to the large numbers involved, the massive maps, and the speed with which units can traverse the battlefield, the actual combat element can be pretty impressive. Air units in particular seem to follow believable flight paths depending on the enemy they’re engaging, and it’s hard not to be just a little awed when you throw two 1000-unit (or more) armies together.

Very much like its spiritual predecessors, Machines at War 3 is designed to promote fast-paced, large-scale battles, rather than long, drawn-out slug-fests.

The campaign mode serves as an introduction to the game’s (rather simple) mechanics and extensive variety of units, leading naturally to the skirmish mode.

In any good RTS, the skirmish mode gives the game legs, and MAW 3 is no exception. Single and multiplayer modes feature 2 – 4 players (or bots). The computer AI is not terribly challenging, but it does serve as a good sparring partner to prepare for online matches. Overall, Machines at War 3 is a trip down memory lane for RTS veterans. Like most such jaunts, you often find that your memories are a bit more charitable to the experience than the reality might warrant. As I’ve mentioned – it’s pretty faithful to the classic RTS games of the 90s, particularly the Command and Conquer series, which might endear it to long-time fans.

Unfortunately, Machines of War 3 is such a faithful homage that it virtually ignores all of the progress that has been made in gaming, generally, and in the RTS genre specifically which begs the question: why buy a copy of a 90s RTS when, for the same price or less, you can buy the originals?

But hey, if you are looking for refresh…

2 thoughts on “Review: Machines at War 3” 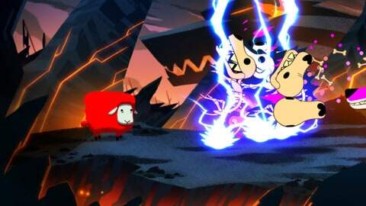 Review: Color Sheep for iOS will melt your brain like crayons left in the sun