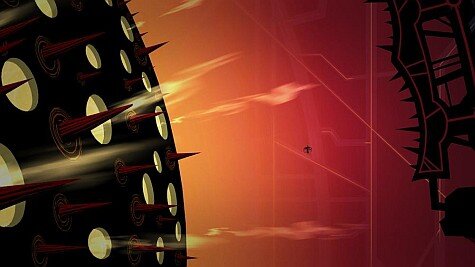 In this Insanely Twisted, 2-D action-adventure game, explore unique environments and battle bizarre creatures as you make your way toward the center of the mysterious Shadow Planet! Solve complex puzzles and upgrade your ship with alien technology as you fight to save your home world.

Five years in the making, Insanely Twisted Shadow Planet – released as part of the XBOX Live Summer Arcade and the brainchild of Joe Olson, CEO of Fuelcell Games, and filmmaker and animator Michel Gagne – is the product of two very talented gentlemen who decided to take a break from what they were doing in the animation industry and dive into the world of video games with little gaming experience but a plethora of ideas. In fact, Gagne has admitted he hadn’t played any new games in almost fifteen years but his animation work on The Iron Giant and Star Wars: The Clone Wars attracted Olson’s attention. The result is a multi-layered game with Flash-style 2D animation that actually delivers and has led the new-found dev team to almost be ready to quit their day jobs.

So what exactly have these guys wrought?

In the wake of an intergalactic scourge that unleashes all manner of mutated greeblies, ITDP has you maneuver a small three-dimensional flying saucer around an ever-writhing 2D background that recalls the suggestive macabre silhouette illustration style of 2010’s indie breakout hit Limbo, with all the quirky trappings (both musically and spiritually) of Tim Burton’s Beetlejuice. As you endeavor to escape from your infested homeworld, you gather a healthy series of upgrades (ten different tools in total) that enable you to solve puzzles, fire a weapon at aliens, and modify elements of the landscape in the spirit of escape and ultimately freedom from the plague of mutants. While any form of tutorial is rendered by virtue of non-language based, abstract illustrations and animation, the design thankfully gets all the bare essentials right, with frequent save points that double as healing sanctuaries and a multi-use map that is revealed as you explore any given level, while also beckoning, in a non-linear way, towards points of interest.

One of the first tools you acquire is a scanner that lets you analyze objects in the level, and then it shows a symbolic image that indicates how to interact with that object, adding that symbol to your map. In fact, the abstraction of the tutorial works in that it suggests, but does not overtly answer how to address any given challenge, so one learns by solving. A nice touch that throws you into the correct frame of mind from the outset.

Obvious Super Metroid references aside, the game also recalls the multi-directional shooter Sub-Terrania that also involved defeating aliens, whilst freeing comrades, using an experimental flying saucer, but compounds elements of last year’s indie hits Hydorah or Limbo, in that it involves a mechanical arm with which you can push and pull objects to open a path forward.

While there are at least ten different upgrades/tools that can be accessed from a circular menu, only one can be used at any given time, while four can be mapped to one of four hotkeys, or in this case, the XBOX controller’s X,Y,B,A buttons. Some challenges require switching between several tools to complete, and the action does not pause while you bring up your tools menu, so these hotkeys can save your butt in a crunch. Because blasting your way out of these conundrums is not always the option, we call it a 2D multi-directional puzzle shooter, though that may still be an oversimplification. In fact at first it seemed like this may be a truly innovative mashup of gameplay styles. Sprawling scenarios and full-screen bosses give the game an epic sense of scope, but never beyond your level of advancement. In fact I may insert a slight critique here, if I must, that though the bosses look awfully menacing, their bark is often far worse than their bite – they aren’t very challenging and in this regard, the game at times comes a bit too close to being a matter of rinse and repeat; what at first appears to be a vast palette of options indeed suddenly becomes a limited toolset to be used in a finite number of combinations.

An example of better separation between normal level challenges vs. big boss fights is the Lost Planet series where, upon completing a level you are met with an absolutely enormous boss that draws on everything you have learned and practiced during that level, but raises the challenge to the power of ten of taking as long as the level itself to master.

ITSP’s failure to ignite as much interest in the gaming community as one might hope, may be due, in part, to the fact that it shares the best traits of a lot of other games, but doesn’t ultimately break much new ground, to speak of. It is elegantly put together, a very smooth play experience with outstanding design elements both in graphics, music and sound, (in fact the devs had to create custom code to handle the almost cinematic animation style, foregoing more traditional bone-animation) but in the end it’s just a variation on several now rather familiar themes. There is an interesting multiplayer mode challenge called Lantern Run that involves a twist on co-op play, and completing stages unlocks concept art, but all told the game runs quite short, at most a couple of solid hours to complete.

Perhaps the most significant selling point for ITSP is as an interactive ultra-hip animated work of art, though again, it is a full on game in its own right. Sometimes meditative, sometimes maddeningly hectic, and mercifully devoid of any implementation issues, it is well-deserving of a look. At the time of this writing, the game is exclusive to XBOX 360 Live Arcade, but we can’t wait to see a port to Steam so that it gets more of the attention it deserves. Let’s hope, in the event of such a port, that it retains all the polish of the XBOX release.

For those considered with the less-than epic length of the game, the good news is that a DLC called “Insanely Twisted Shadow Planet: Shadow Hunters” has been promised for a September 2011 release that, among other things, extends the co-op experience.

Get Insanely Twisted Shadow Planet at the XBOX Live Marketplace 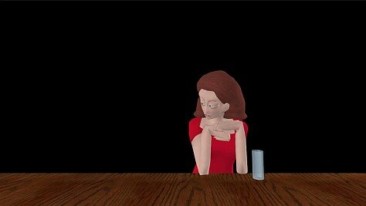 A Divine Night Out – An Indie Game Review 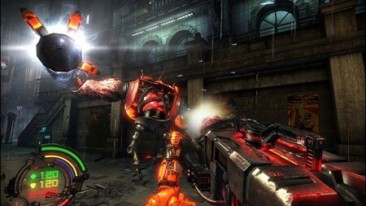