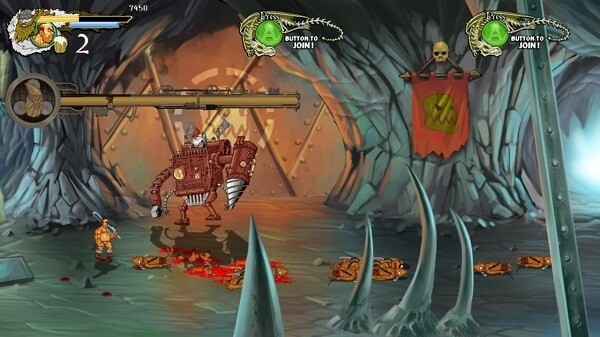 Dungeons: The Eye of Draconus – What We Think

A ’90s-style side-scrolling brawler, SuckerFree Games’ Dungeons: The Eye of Draconus is basically a low-brow comedy tribute to Golden Axe. Clocking in at an hour or so, it’s short enough that hopefully the more grating and repetitive aspects of its humor won’t completely rob players of their enjoyment.

Inspired in part by the likes of early ’90s Konami beat-’em-ups like the X-Men and Teenage Mutant Ninja Turtles arcade games, Dungeons: The Eye of Draconus is a side-scrolling brawler with a low fantasy theme and an even lower comedy theme; choose between a beer-gutted barbarian, wise-cracking thief and a mincing magician, and button-mash your way through armies of Kobolds and skeletons. The game’s most obvious influence, however, is Golden Axe, right down to the use of mounts (slugs, in this case, though the magician’s special attack summons a giant, fire-breathing chicken mount) and night-time burglar raids. 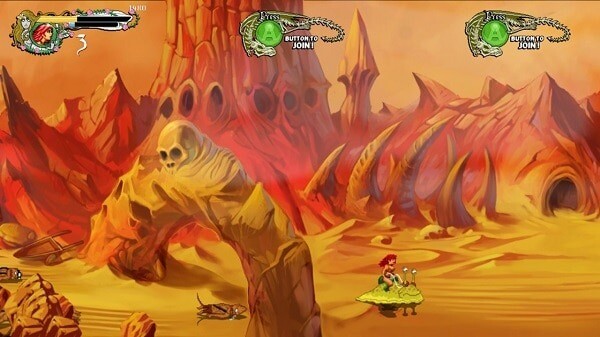 Where the game stands out, for better or for worse, is through its humor, delivered largely during boss fights and through numerous cut scenes. Though the three main characters are basic sword and sorcery stereotypes, their dialogue during the cut scenes is actually pretty clever, and many of the jokes, like the concept of an Orc fraternity, actually land, though others (a pair of magician ghosts modeled on Siegfried and Roy) are cringe-inducing. 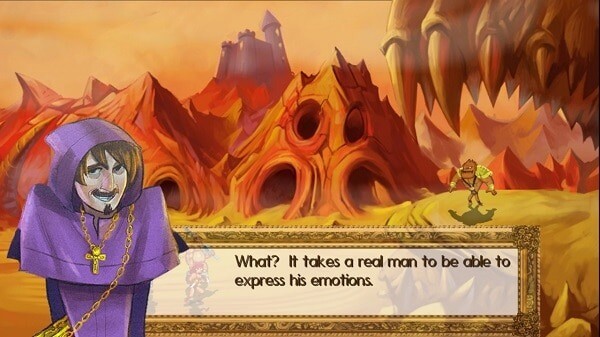 Quiet on the Set!

Similarly cringe-inducing is the use of sound, especially during boss battles. Each boss seems to have a couple of stock phrases that are repeated ad nauseam during what can be fairly lengthy fights; moreover, some of the dialogue between characters outside of the cut scenes actually sounds like it could be pretty funny, but it’s too hard to hear it behind the music and sound effects. Not being able to hear the jokes is a pretty major misstep in a game that relies so heavily on humor.

A Golden Axe to Grind

Still, it’s a fun little distraction if you’re not expecting anything too complicated or groundbreaking, and it’s even more fun with friends (up to three players can play locally or online), so it’s worth picking up if you’ve got a yen for early ’90s arcade action (of course, you will need to bring your own terrible pizza to fully recreate the atmosphere).

Get Dungeons: The Eye of Draconus on Steam

Get Dungeons: The Eye of Draconus on Desura

Watch the trailer for Dungeons: The Eye of Draconus below: 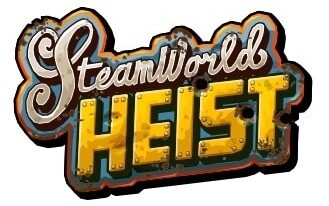 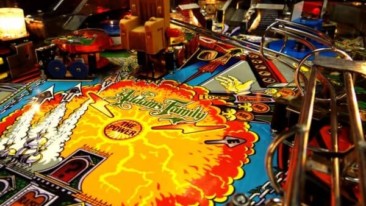