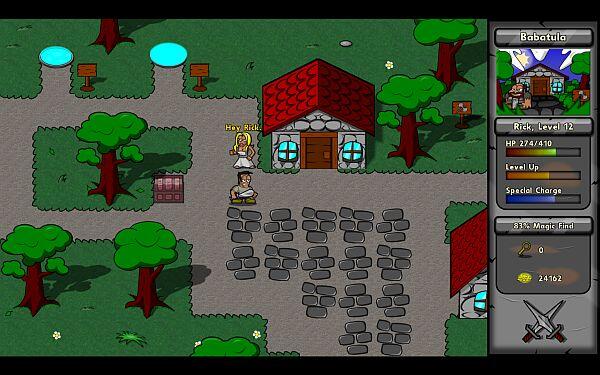 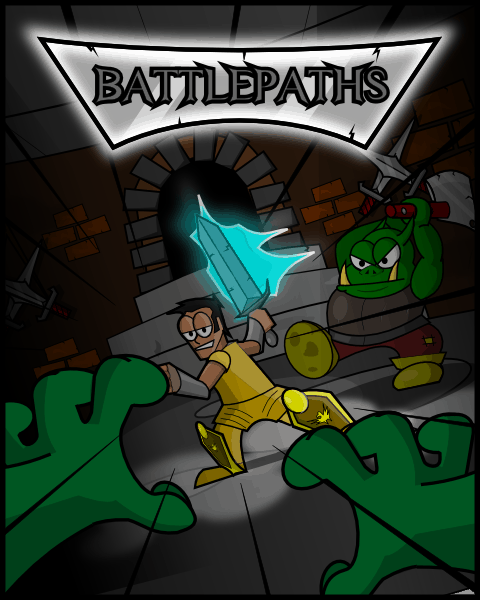 Battlepaths – What We Think:

Battlepaths, originally released in 2012, is pushing a Steam Greenlight campaign that seems to be turning in its favor, so we decided it might be time to take a look at this cartoonish looking dungeon crawler that has developed something of its own fan following. The game quickly revealed a change of pace to a lot of things I have played lately, although there are aspects reminiscent of the original Diablo and even Dune games in terms of speed and playability.

Playing as Rick, armed with a knife, you must fight your way through the land to ultimately kill the Chaos Overlord. You will confront everything from giant spiders, goblins and orcs to, as the video says: ‘Pixies…yes, pixies.” Pixies, it turns out, are actually quite annoying.

Battlepaths is a Roguelike-lite that ultimately seems to be purely loot-driven with the odd quest thrown in. The focus though, really is on the loot, as the game boasts over 50 unique items. Other than working towards the Chaos Overlord, I couldn’t find any other real overarching objectives beyond the standard RPG fare of building up stats and killing stuff to build them up some more. Controlling Rick and the fighting mechanics are very simple: walk towards bad guys using the arrow keys and push in the direction of the enemy and he will automatically swing. The specials can help with killing enemies with ease, or healing Rick up to fight many more waves of the orcish kind.

Death is not permanent, but you do lose XP and a fair chunk of gold when you perish, so choose your battles wisely. There are health potions, bat potions and lightning potions all to help you slay that group of monsters you just can’t get past. 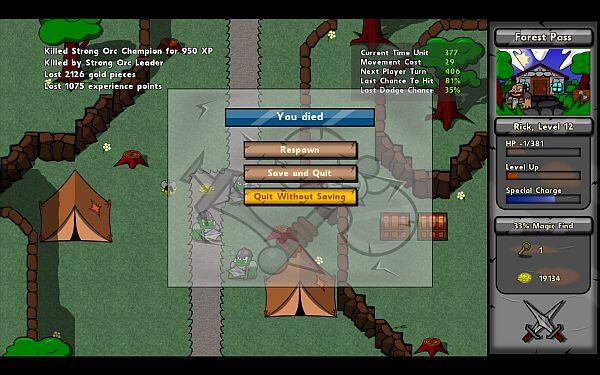 Hotkey to the Realm

During game play, there aren’t a lot of keyboard commands (13 to be exact) you have to remember, which is a good thing. There is nothing worse than dying because you couldn’t remember which button does what, because each keystroke is combined with a specific task. There is an in-depth help menu that covers basically all things you will find in the game with the website offering more help for those that need it. 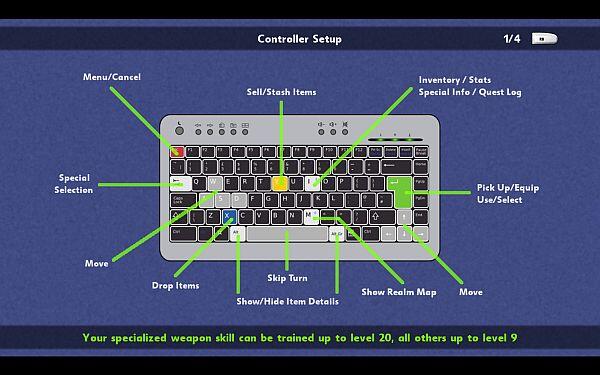 The combat situation is turn-based and can seem to lag in instances where there are a lot of enemies on the screen. Basically, once you move or hit, each of the mobs will all move and take their turn. Combat is as simple as guiding the cursor towards the enemy. Upon leveling up you can get special skills that definitely help in overcoming multiple mobs or healing after being pummeled on by a few orcs or archers. 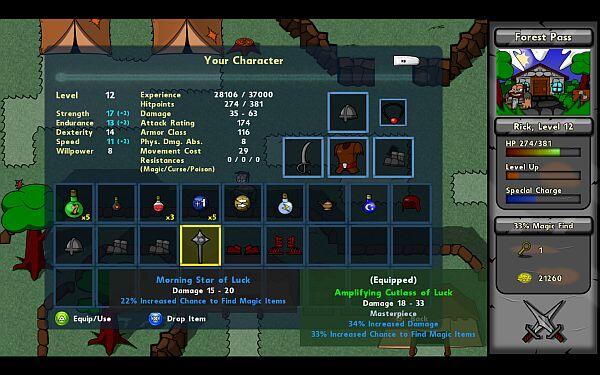 Loot is easy to find, equip and even buy and sell. The augmenting stones are a fantastic way to make a good piece of gear great. One thing I did find a little annoying was that quests are not clearly outlined and I did find myself wandering not knowing if I was going the right way.

Besides these minor annoyances, the game runs smoothly and I encountered no bugs or crashes. The graphics are an alluring Saturday morning cartoon animation style, and are nicely done – in fact I would venture to say they are one of the game’s selling points. In the design, they have clearly paid attention to such things as shadows and scenery and the game is thus quite pleasing to look at.

In-game sounds are OK – nothing outstanding, but the soundtrack isn’t annoying and, unlike many games I have played, I only turned the music down and not off.

Upon entering the game the first few times I was questioning what I was doing and how long I could keep doing this. I came back a couple of times and found myself playing it a little longer each time and starting to get really into it. One night I did start playing it at about 10pm and thought yeah, give it an hour because I have to go to work in the morning. Next time I looked at the clock it was 2am and well and truly time for bed. I found there was always a new orc to slay or a chest was just behind that wall to examine. So I just had to go get that chest!

Overall Battlepaths is fun to play and can be saved at any point so you can get back to where you left off without any issues. Beyond its fun graphical approach, I found it surprisingly addictive.

Get Battlepaths at Gamersgate 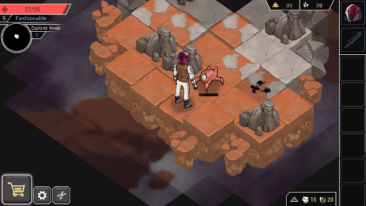 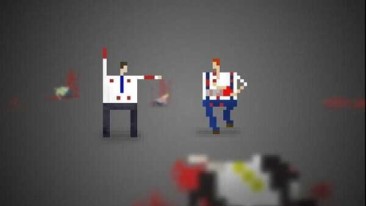