The Creators Of AI War Bring You…

A 2D sidescroller without a linear path. An action game with tactical combat and strategic planning. An adventure game that lets you free-roam a vast, procedurally-generated world. A Valley Without Wind defies genre stereotypes. Unlike other procedurally-generated games, you also get a logical progression in difficulty, plus helpful tips and checklists to guide your travels (should you need them).

Choose for yourself how to prepare to face the vastly stronger Overlord. Complete a variety of missions to earn arcane rewards, or roam the wilds to uncover secret missions and stashes of magical loot. Customize your characters with unique combinations of enchants and spells that change how you move, jump, and fight. Or rescue people and bring them back to your settlement, recruiting them to help you in return.

You choose how to play, and the world adapts around you.

What can I say about A Valley Without Wind? It’s good. Really good. Not good-for-an-indie-title good; I mean good like candidate for game-of-the-year good. Like, this is good enough to stand up to any AAA title that has or will come out this year. So good that it’s hard not to gush over how good the game is. Obviously.

It’s A What In Where? The premise behind A Valley Without Wind is that a mysterious cataclysm has shattered time and space throughout the universe, and the survivors are faced with a monster-ridden Ice Age amidst different eras that are now jammed together within the same world. To make matters worse, each continent has been subjugated by an Overlord, who stands between the survivors and any hope of rebuilding civilization. Subsequently, glyph-bearers – heroes who can survive the hazards of the new world thanks to a techno-magical relic – seek out the means of rebuilding civilization one building (or survivor) at a time, strengthening their settlement enough to take on the continent’s Overlord and sort out the tangled mess of coexisting realities. As a practical matter, this means that the player will be faced with hostile robots, angry rhinoceroses, and floating balls of sapient energy. You will explore underground caverns, frozen wastelands, abandoned cities, post-industrial factories, Bronze Age villages, and even ships drifting through acidic seas. Eventually, you will rescue survivors from your own techno-magical era, as well as others, who you can recruit as backup heroes or task with staffing the various buildings you construct. We’ll get to that, don’t worry. How Do You Play This Thing?

Although you can aimlessly wander the world, exploring abandoned buildings and scorching deserts, gathering resources and slaying monsters as you go, the best use of your time will generally be performing missions. These will appear as icons on the world map, and vary between killing one or more bosses, attacking an enemy base with your allies, rescuing a survivor, and killing “anomalies,” or specific monsters among a crowd which don’t belong. Successfully completing missions earns you rewards in the form of resources which can be used to upgrade or obtain spells, build new buildings in your settlement, buff your character, or staff buildings with specialists. You’ve got a limited window of opportunity before the mission disappears, and rewards vary from mission to mission, so there is some strategy involved in deciding what missions to take.

The core of the game is a side-scrolling platform shooter set in procedurally-generated levels above and below ground, in buildings, and under water. Spells provide the means for everything from attacking monsters to lighting dark caverns. You’ll start with a couple of basic spells, but you’ll soon want to buy new and upgrade existing spells, if for no other reason than to see the variety that’s available. Monsters are generally immune to one type of attack and vulnerable to another, so it pays to have a few different attacks spells on hand. In addition, you’ll want a few of the utility spells that are available, which do things like light up remote areas of the map. You’ll also find enchantments, or upgrades, to your armor, which provide permanent buffs and abilities like a double-jump.

In Control of Things

Although the game offers the ability to use keyboard-only and gamepad schemes, good old mouse-and-keyboard is the most effective given the extensive set of spells to which you’ll want to have ready access. Aiming, which you’ll be doing pretty much constantly, is also easiest using a mouse. The game doesn’t require much in the way of hardware, yet still delivers crisp and attractive graphics. It’s nice to see a quality game that you can play on a modest rig without feeling like you’re only playing half the game.

Is it possible to find anything wrong with this game? I suppose that eventually I’ll get tired of playing it. Although there are a fair number of different enemies, I can see the variety getting a little thin as the game progresses. As others have noted elsewhere, since all levels are procedurally generated, there isn’t any room for inspired level design—or any level design, for that matter. Sometimes you can wind up with maps that have tremendous variation and depth, but you’ll miss it since you will arrive at your goal well before the end of the level.

The inventory system can be a little difficult to handle on the fly, and sometimes the settlement upgrade system doesn’t feel very effective. But these are all nitpicky complaints that only occurred to me after several minutes of dedicated brainstorming. While playing the game, my only real complaint was the loss of sleep.

A Valley Without Wind proves that an indie game with an indie budget can offer an experience that rivals anything the big boys put out. They just don’t make games like this anymore, and I deeply suspect they never did. With the endless replayability and open-world exploration of Minecraft, and the RPG-platformer action of Metroid or Castlevania, AVWW has something to hook everyone.

A Valley Without Wind on Steam

UPDATE 06-05-2012:
For E3 2012, Arcen Games present the release of Valley Without Wind 1.1 — a free, massive content update, as well as the game’s first of many official post-launch releases

3 comments on “Review: A Valley Without Wind – A Procedurally Generated Genre-Mashing Platformer” 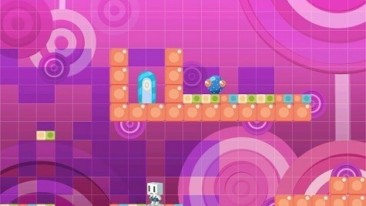 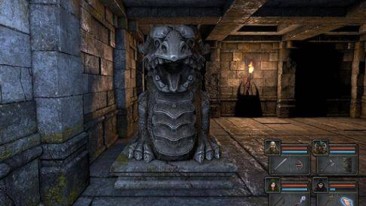