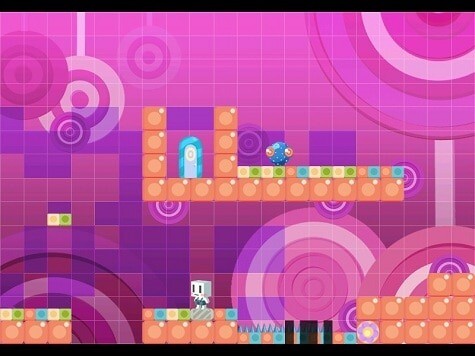 Sugar Cube: Bittersweet Factory is a 2D platformer game that presents the story of a sugar cube. A cube of sugar escapes the factories to avoid the fate of being a cookie! The backgrounds of the game have two sides, namely, the front and the back. So depending on how you play, the environments will very often be vastly different.

SugarCube: Bittersweet Factory is a lovable, eccentric anime platformer which allows the player to “flip” the background to the foreground in a sort of simplified variation on Phil Fish’s highly acclaimed Fez. The player takes control of a sugar cube that grows when picking up other cubes of sugar, shrinking when hit with water, and sliding when on ice. Nice and simple, so far.

Now, for the (more) complex part: as a sugar cube you have the unique ability to “flip” the foreground and background. The screen is split up into a grid, and if your sugar cube enters a square of open space, leaving it will result in a “flip” of the background with the foreground which can occur when jumping or walking.

It’s also possible to disable this ability so that the blocks that you don’t want to, will flip. By flipping a block, you will bring platforms into the foreground that you can then use. These platforms may be covered in ice or even spikes, meaning the player must be careful about what they step on, over and around, and additionally cautious when flipping background and foreground.

Some objects will be hidden, only appearing once the background has been flipped. This essentially means that the player must flip something without knowledge of its existence, and hopefully land on it. This makes for a heavy trial-and-error element in the gameplay.

Fans, buttons, stars and other creatures can also flip blocks. Fans are a bit different in that they will control a line of blocks; at times they can flip other fans into the foreground to flip more blocks in a chain reaction. Buttons flip a set amount of blocks when you step on them. Stars, conversely, flip every block in the level. Creatures usually have a set patrol path for which you must await the appropriate time to jump into and out.

The entire package of elements in this game makes it as frustrating as Super Meat Boy, yet ultimately, not quite as rewarding. The controls plays a part in the previous statement, as key controls are all perma-bound and the game lacks support for controllers, you are stuck using the arrow keys to move, and the ‘Z’ key or spacebar to jump. The controls aren’t as tight as I would have hoped for a platformer like this. Even tapping gently to the left feels as if the character is moving too fast.

Additionally, the jump mechanics feel a little loose, and it can quickly feel as though the sugar cube is bouncing around aimlessly. The result: without any real finesse in movement, it seems as though the game favors the use of brute force and good fortune over earned skills. SGBF does not feature mouse controls. Even in the menus you must use the keyboard, which I found to be rather tedious. Menu navigation to get to the actual game shouldn’t take very long. Ideally, it should only take a few seconds to causally click into the player’s previous checkpoint. It’s not that it was a deal-breaker, but it proved wearing after a few sessions.

Sugar Cube is also devoid of any narrative. While some gamers may feel that platformers don’t require a storyline, games like SMB, Super Mario Brothers and many others benefitted from having some form of accompanying tale to engender overarching motivation. Regardless, the platforming itself isn’t amazing, and it was the loose controls that made it a bittersweet experience for me. Not to say that this game is below par; in fact it’s quite good, but it did not ultimately prove to be the “great platformer” I was promised.

Get the Sugar Cube: Bittersweet Factory soundtrack at Bandcamp 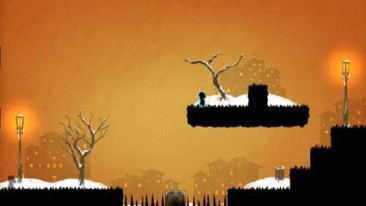 Review: The One and One Story 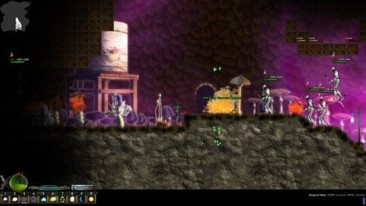