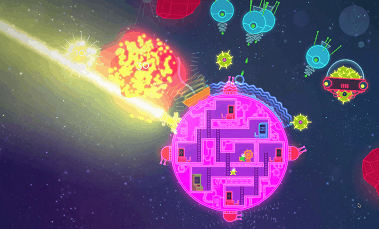 PAX Prime is almost upon us, and with it comes the announcement of the indie roster that will comprise the PAX 10 for 2013 – this year’s iteration of Penny Arcade’s Exposition launches in Seattle on August 30th.

Of the illustrious ten titles, five have been released previously while five are coming soon.

Locoroco meets Limbo in this shadowy puzzle platformer. Oh and it has served over a million downloads. Now more than that.

We have been playing it and it is reminiscent of Nightsky, Limbo and Insanely Twisted Shadow Planet (our review). So if silhouettey parallax side scrolling puzzle runners is your thing, then BADLANDS in for you.

Rewire everything! By changing the hookups behind the walls, you can gain access to all sorts of places. Places they don’t want you to see…
Read IGR’s review of Gunpoint

Evolved from a fishing game jam, this graphically and otherwise updated version of the original becomes something quite original: Take an old salt out on the open water as he attempts to net the deadliest catch. Calamity ensues. Best bring a big tackle box…

Stay tuned for our review of Ridiculous Fishing coming later this week!

Every hero has his Achilles heel, and in Rogue Legacy, it could be one of countless genetic setbacks. Struggle to acheive greatness in this Rogue-lite Ghosts ‘N Goblins-esque side-scroller from Toronto, a serious hotbed for indie game development.

Did you say “bow” or “bow”? PEW PEW! Take on up to three other players and engage in high-speed winner-takes-all archery battles.

The other five titles haven’t seen the glorious light of having gone gold yet. They are:

The sky is falling! Don’t go down with it. Clamber on debris while avoiding getting crushed. Collect bonuses to drastically change how the game is played.

Not content to await his fate, a goat seeks to escape whatever the evil witch has planned for him. He’ll have to use the environment and bit of magic to reach freedom.

Read our review of the first Escape Goat on XBLIG

Lovers in a Dangerous Spacetime – Asteroid Base (Windows, Mac)

You and your partner are the alone in a space station when it comes under alien attack. Fortunately, you have love on your side! Divide the duties of defending and repelling the waves of attacks. Hold out as long as you can, and know that when you die, at least you’ll be together. From Toronto indie developer Asteroid Base.

The long-awaited platformer Owlboy makes an appearance at PAX! After his village is savaged by pirates, a young boy, one of the last of the Owls, must fight back if he is to be worthy of the legacy of his ancestors.

What appears to be a simple puzzle game is in fact a complex dance of chemistry. 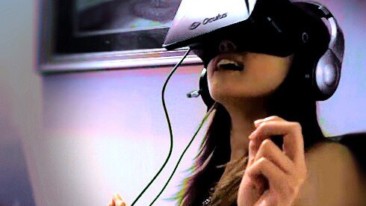