Indie Speed Run is now open for pre-registration (August 2013) at the Indie Speed Run official site, and interested game developers, whether pro or amateur are invited to sign up for a fee of $25. The jam takes place in September, and final judging and “free play” follow in October, right in time for IndieCade 2013.

Like most good game jams, the Indie Speed Run sets a narrow window of time and establishes certain specific criteria, in this case usually randomly chosen, that must be a focus of the game. However unlike the Global Game Jam or Ludum Dare the Indie Speed Run game jam takes place entirely online.

“We want to create a system where creative, quirky, unconventional, and/or skilled developers have a balanced system to showcase their talents, and have those talents be seen and judged by a captive audience of industry professionals,” the site claims.

The panel of judges for this year’s Indie Speed Run is rather extraordinary – a veritable dream team of rule-breakers and trendsetters who have met with great success in developing indie titles. While some, like Notch, Ron Gilbert and Jason Rohrer are reprising their roles from 2012, the panel has grown ever larger this year, introducing names like controversial experimental developer Suda51 and Kickstarter indie heroes Matthew Davis and Justin Ma (FTL: Faster Than Light). We would love to see a book with their collective wisdom.

Check out our interview with Jason Rohrer at PAX 2012: 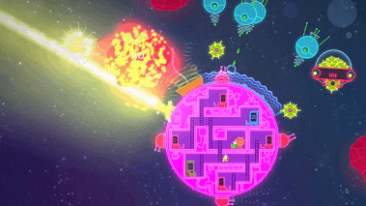