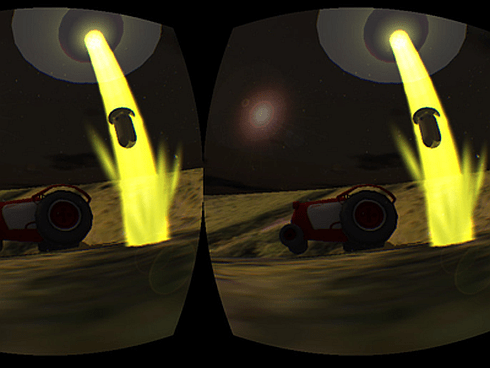 At E3 2013, IndieCade celebrates its 7th annual E3 Indie Showcase. This year, they’re packing in more indie titles than ever before – a staggering 44 games!

As always, the projects span various gaming genres and platforms, including 4 virtual reality indie titles that can be played using the Oculus Rift headset.

Homework From Another World

by Alexander Matthew and Scott Stephan

High School is tough…even in outer space! So when K’arl finds himself in danger of failing to graduate, he must travel to Earth, and do what Extra Terrestrials do best: abduct everything in sight!

If a Tree Screams in the Forest

Atmospheric wilderness games take on a whole new level of terror when there is nothing between you and the action. Can you survive the deadly trek through this bizarre forest?

by Buffalo Vision
A haunting experiment that takes place near the edge of reality.

by Julian Kantor
See the world through the eyes of a concert pianist as he goes through his preparations on the day leading up to a major performance.

Other experimental, physically interactive games of particular interest include:

They’re all on display and ready to play at the IndieCade booth, located at 3035 South Hall in the L.A. Convention Centre.

Visit IndieCade for their complete list of games at E3 2013

Check out IGR’s other IndieCade articles