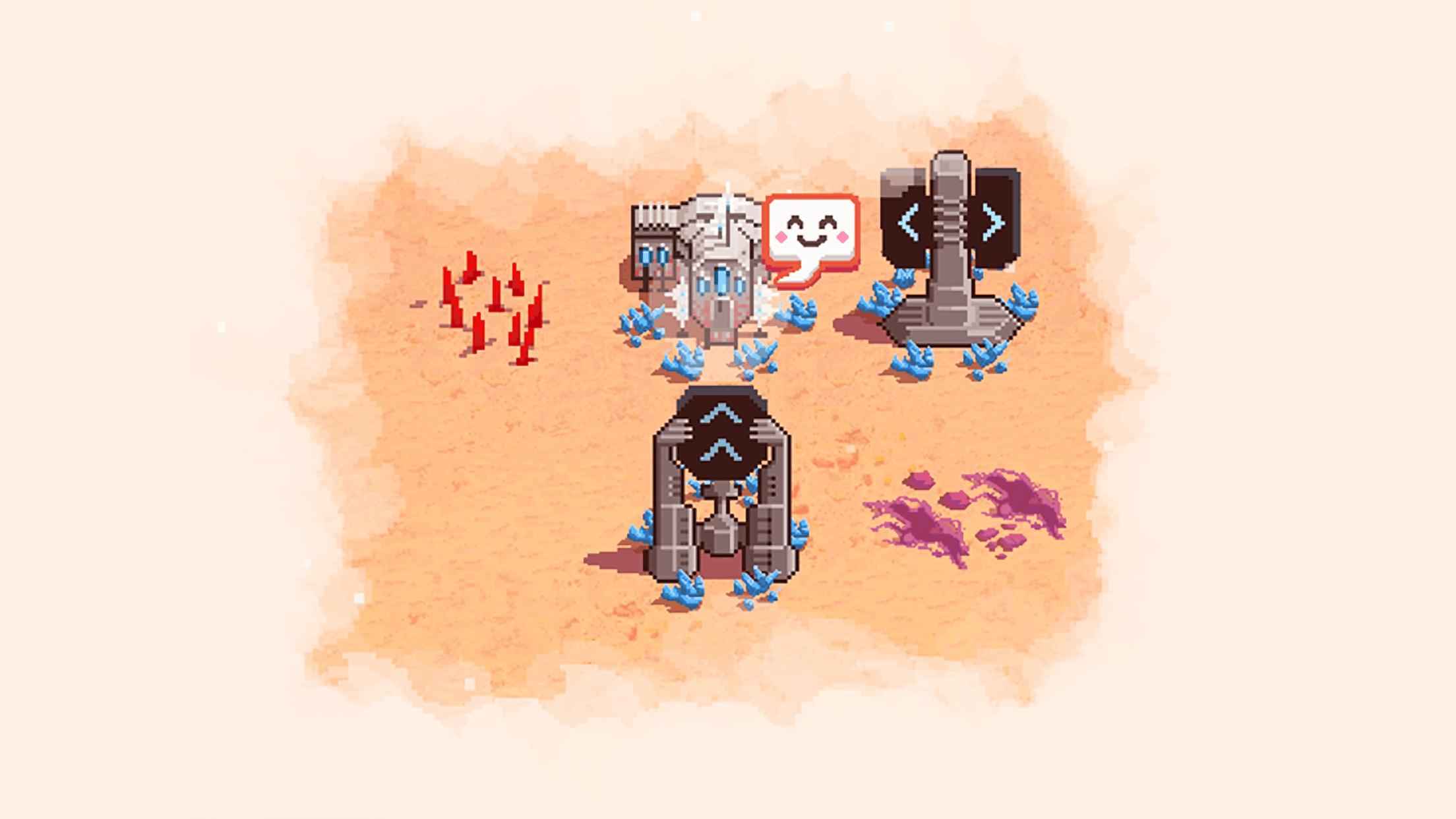 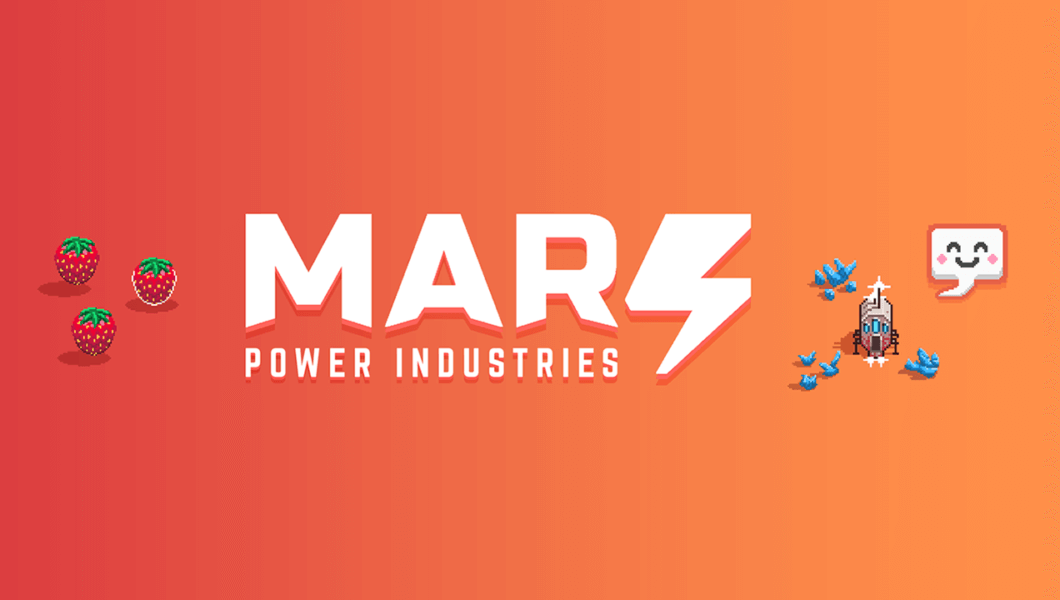 Mars Power Industries by 7A Games

Now you too can take on the task of colonizing Mars. The best part? You don’t even have to worry about rescuing Matt Damon! 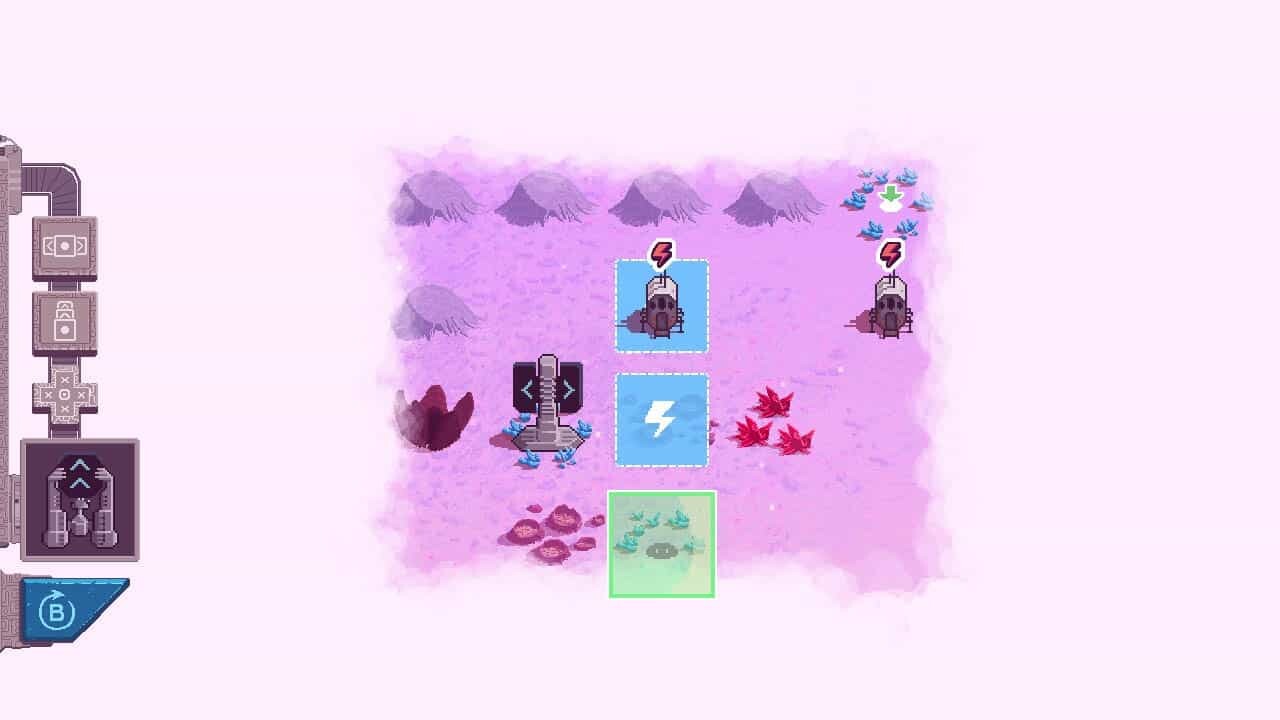 You Were Dreaming. Was It about Mars?

Originally released on iOS and Android in 2018, Mars Power Industries is a self-described “zen resource management puzzler” that’s all about powering human outposts on a recently-colonized Mars. To do this, you’ll need to strategically place power stations so that they supply the necessary resources to your outposts. Sounds simple enough right? 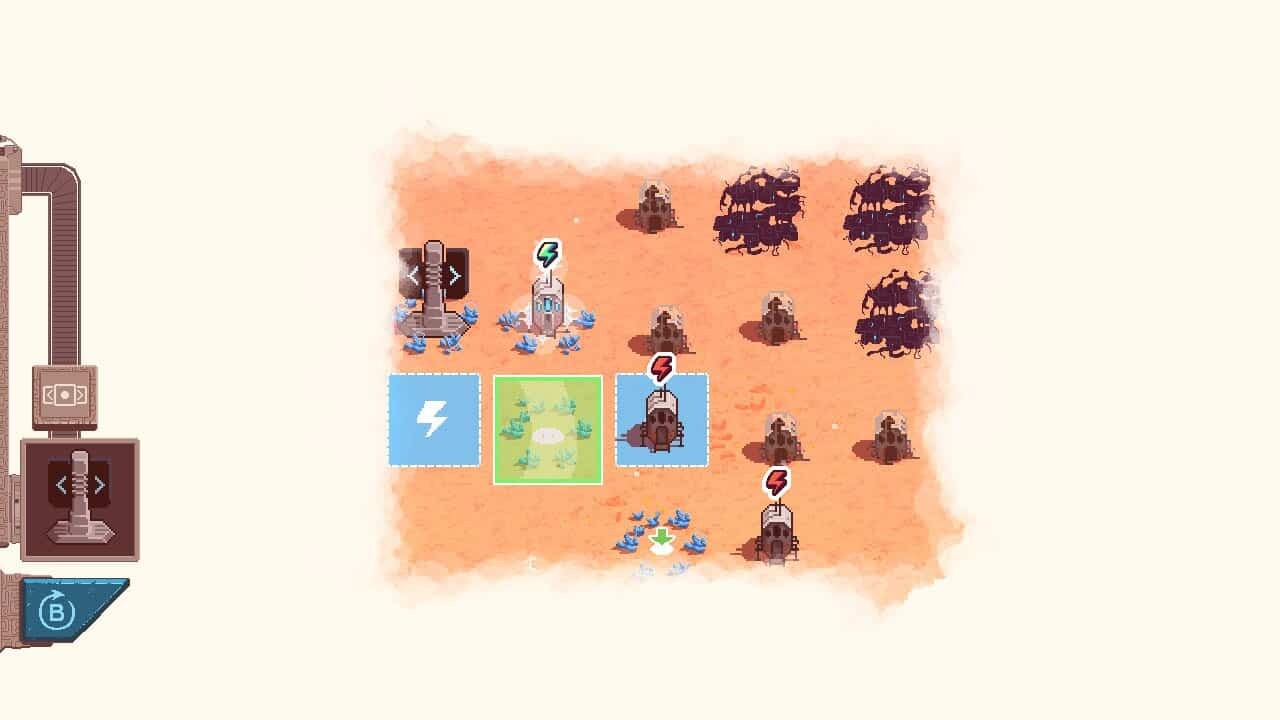 In many ways, it is! One of the most immediately lovable things about Mars Power Industries is just how simple and intuitive it is. You have a button to place reactors and a button to undo your moves, and somehow the game manages to extract nearly 80 levels out of this.

Coupled with the game’s cutesy pixel aesthetic and chilled-out soundtrack, this is quite possibly one of the most easily-accessible puzzle games to come out in a while.

That’s for Making Me Come to Mars

However, just because I described Mars Power Industries as “simple” and “accessible,” don’t think for a second that it means it’s a cakewalk. The game introduces new structures for you to use every couple of levels, and much of the challenge comes from the fact that you have to place them in the order the level gives them to you.

There’s also an ever-expanding set of hazards that you have to think around, as well. When the game starts mixing these all together, you’re in for some real brain-busters. 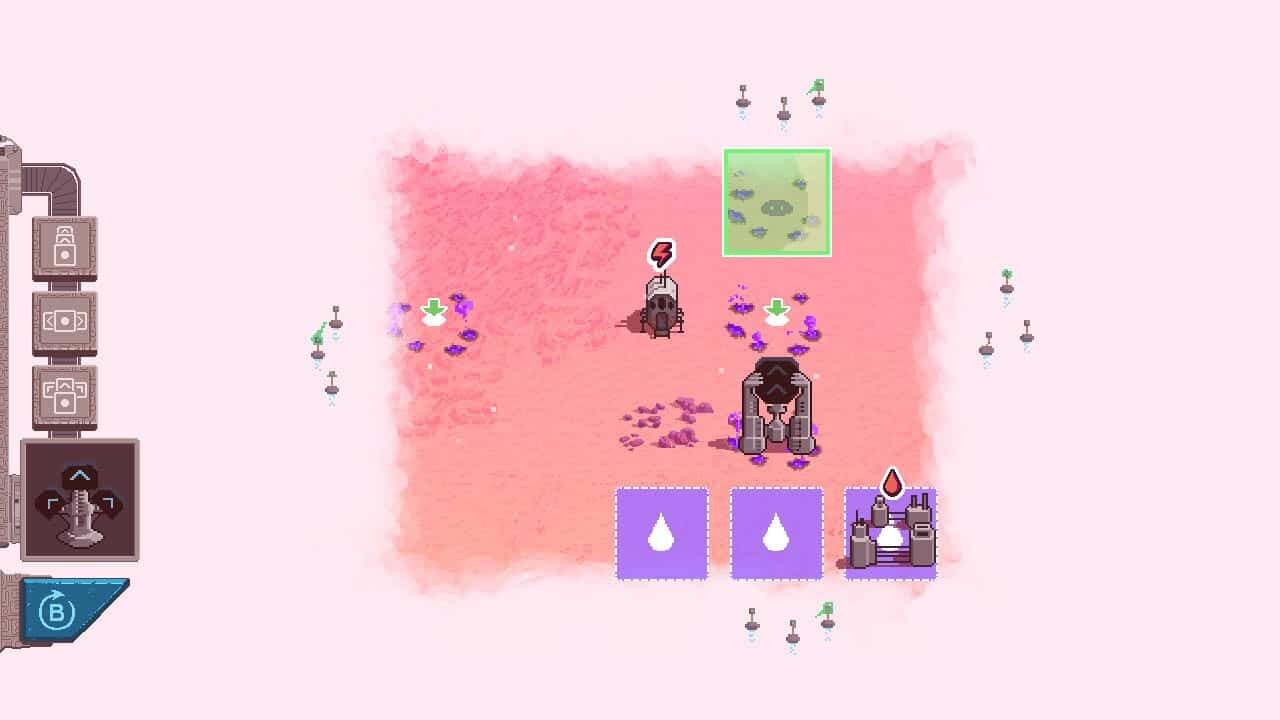 This isn’t to say that Mars Power Industries hits quite the level of complexity as something like Baba Is You. The game maintains its focus on keeping the “zen” of the experience going, and in my opinion it’s better for it.

If I had a gripe, it’s that some levels feel like major difficulty spikes that come out of nowhere. This is always subjective when it comes to puzzle games, but it can be jarring to be agonizing over a level only to blast through the next three.

Interestingly enough, there’s something of a story present in the game that I won’t spoil here. It’s a bit too abstract for its own good, but I’d be lying if I said it didn’t keep me intrigued. It also gives an incentive to find the game’s hidden unlockables and levels, which are necessary to access the last two levels. 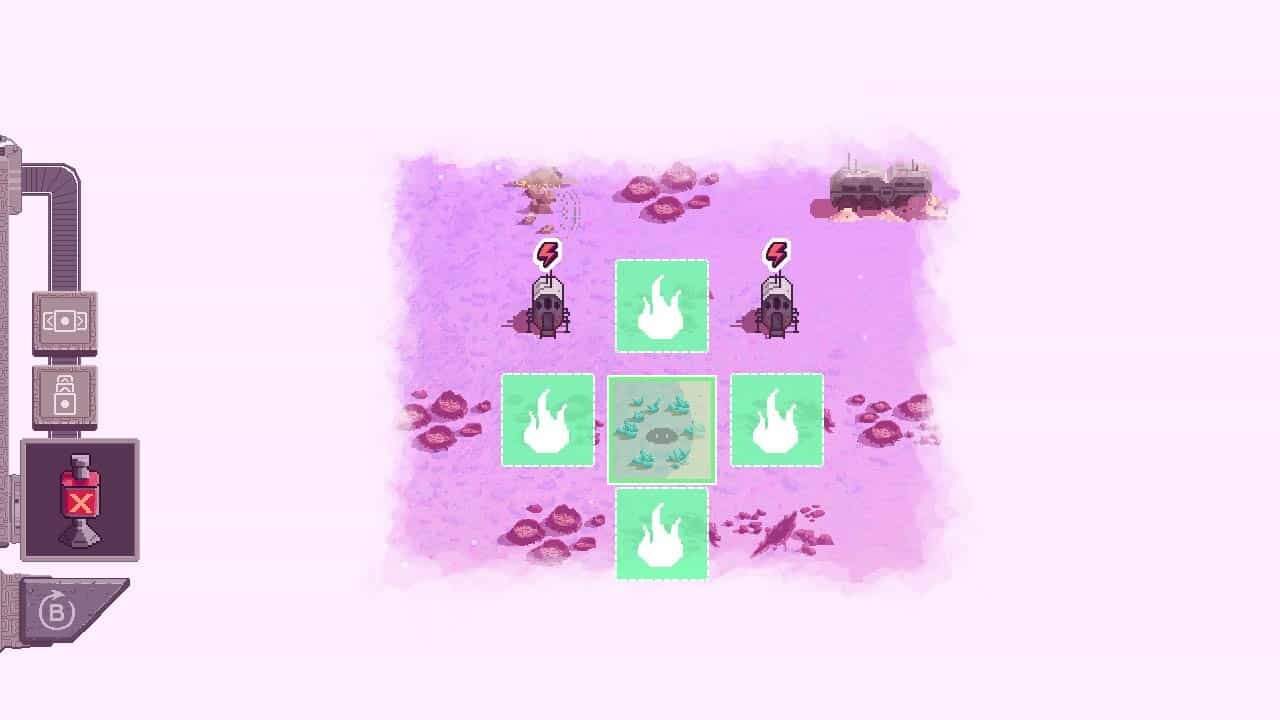 Get Your Ass to Mars

Despite one or two minor nitpicks, Mars Power Industries is a fantastic puzzle game that’s a delight from start to finish. While you can likely finish the entire game in a single sitting if you’re especially good at puzzlers, you get more than your money’s worth for the $3-$4 asking price.

I can see myself going back to this when I’m in the mood for a calming and thoughtful experience, and I think you will too.

Watch the official trailer for Mars Power Industries below:

One comment on “Mars Power Industries Review – Start The Reactor” 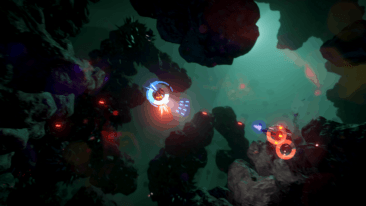