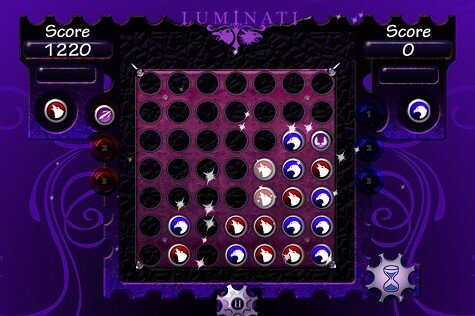 Luminati is an enchanted connect-four with powerups.
Play against the smart AI or beat your friend in the 2 player hotseat mode, it will keep you hooked for hours.

Easy to learn, but hard to master.

Though the mythical elements are a nice touch, this is Connect Four with a coat of paint.

Werewolves and…uh…Eagle Guys have been waging a war that has spanned generations. They challenge each other to a contest of wits, with the side that can line up four or more tokens emerging victorious. Each side takes a turn, mindful to move before all suns have risen. Players taking too long will have their token drop from where it is, so quick thinking is imperative.

This magical contest is elevated beyond the realm of mortals by powerful magic tokens that can quickly change the tide of battle when collected. The power-up tokens are a fresh take on the game for a few reasons. They appear on the screen in random locations. Getting them requires that the player pass his token through it by dropping it down the column containing the token. The positioning of that token may be favorable, or it could leave the player vulnerable. Once obtained, the Wing of Fury tokens will wipe out the entire row in which the next token falls, and the Impaler token does the same for columns. Used cautiously, this can turn the tide of a game. Likewise, knocking out an entire column without concern for what is in the above column can bring a sudden end to the game with the player unwittingly completing a line of four or more for his opponent. Players managing to line up more than four tokens will also net a point bonus.

High scores are kept on the on the device, but the player can also post his best efforts on Facebook.

The game’s soundtrack is amazing, and really furthers the magical feel. All of this is further enhanced by the sound design. Unfortunately, there’s only one game board to play, so there isn’t much to speak of as far as variety goes.

War was declared, but the AI didn’t show

The game claims to contain super-smart AI, but on more than one occasion, I was able to win in no less than seven turns. Even when it was completely obvious that I had three tokens lined up, the AI would place a token well out of the way, building its own line, and completely ignoring the obvious opening I had left.

For a real challenge, it’s best to play head to head. According to MorningDew Media, multiplayer through the iOS Game Center is forthcoming.

Ultimately, Luminati makes for a fresh revisit on a classic board game. At the same time, the core idea remains, and there is even an option to remove power-ups from two player games for challengers just looking to enjoy a standard game of Connect Four. A great rainy-day time waster for two players.

Luminati is available at the App Store for USD $0.99 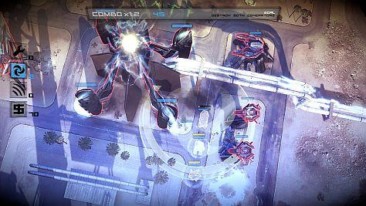 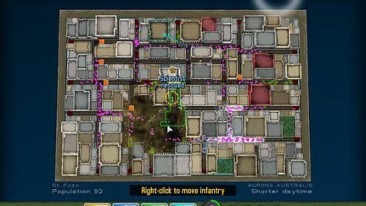