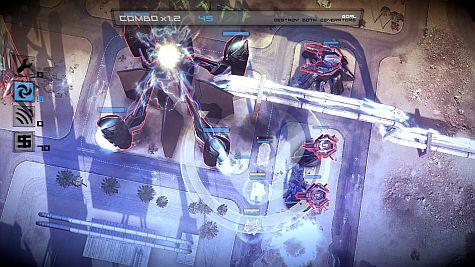 Anomaly: Warzone Earth – What We Think:

Aliens have attacked earth and their domes are popping up in the cities of Baghdad and Tokyo. A man known as the commander takes a small convoy through one of the domes in Baghdad. Trapped, he must fight his way through the alien tower defenses.

I usually say a solid story (where this pretense is in effect) can make or break an otherwise steady outing, but tower defense-like games are generally accepted to have rather weak stories in exchange for good gameplay. Here, the Commander guides you through a tutorial in a way that blends the story and game well enough, though it covers a good portion of the first half of the game and then tapers out before the game is half done. That said, Anomaly’s story is still surprisingly above average. You have control of only one man, and this is the Commander. He plots the course of the convoy, for which, at first, APCs and Crawlers are the only thing available. As one might expect, more vehicles are introduced as the game progresses. The Commander must control the convoy so it avoids dangers and destroys targets with the aim of reaching a specific way point.

Again, as one might expect, power ups give you that extra edge that really allow you to take down the aliens. These power ups will help defend your convoy by repairing them, redirecting the towers’ fire to a decoy, laying down a smoke screen or calling in an air strike. This really adds some nice dynamics as now you aren’t simply carving a path and watching your convoy run around along its plotted course, but also getting into the action, negotiating the most effective power-up to expend while collecting new ones to later deploy. It’s nothing earth-shatteringly innovative for tower defence, but well designed and implemented.

The real twist here, you may have inferred by now, is that in being the one leading the convoy, and plotting how to destroy enemy bases, 11bit is in fact reversing the typical tower defence strategic and making it a tower offense. Controls are basic and well thought out; this is a game you can slouch into your chair and enjoy with just a mouse. In my case, I hooked up my 360 controller and had the controls working responsively after selecting the controller in the options screen. Most tower defense games are known to be mouse-only slouchers but with this one being so action packed, I would suggest sitting upright. I really enjoyed AWZ; it had a great (albeit curtailed) story, good controls, clean, good-looking graphics, immersive sound design, some legitimately exciting gameplay, and no bugs that I could detect. For an indie studio, I can say I am rather impressed with 11bit on their first release. I hope to see more from them in the future.

Anomaly: Warzone Earth is available at the Mac App Store, Gamersgate, and Steam 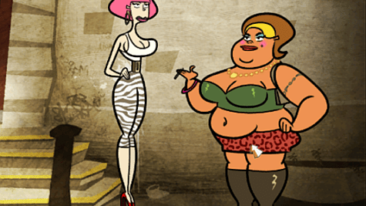 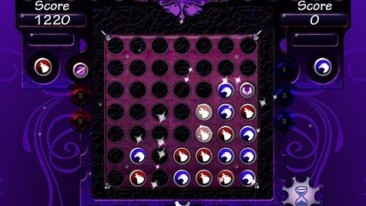