From Mika Mobile (whose previous titles Zombieville USA and OMG Pirates! contribute to already over-saturated markets) comes Battleheart, a tactical action RPG that quickly demonstrates they weren’t just in it for the quick and easy sale.

This top seller in the iOS marketplace, developed on the Unity platform, is virtually the perfect game.  Like a form of chess wherein each class contributes its own special moves at the cost of certain disadvantages, it gets all the makings of addictive gameplay right, from the incentive to level (by virtue of appropriately difficult bosses or procedurally generated monster encounters) to a quick and easy loot and trade, and even weapon upgrade system, from arena play to a skill training academy, Battleheart includes everything you need and nothing you don’t.

Roughly around the same time I installed it, I also installed Legendary Wars, which, although just as pretty and of the same oeuvre uses three movement rails (as opposed to Battleheart’s open path-drawing movement scheme), and also includes some sort of provisional narrative storyline that ultimately just gets in the way – (if you’re going to do story driven rpg then go all the way like the also-excellent iOS title Queen’s Crown, which goes JRPG-level deep).  This isn’t to take away from Legendary Wars, a solid game in its own right, so much as to laud Battleheart for doing one thing and doing it very, very well.

Battleheart’s graphics are super smooth and optimized for Retina display, demonstrating immediately the iOS 4th gen superiority over any game on the Android platform.  The music by Gravity Music is catchy, fresh and sufficiently non-repetitive, controls are very intuitive and exciting in the heat of battle (proviso below) and one truly feels the adrenaline of action gameplay when in the heart of the matter.

By virtue of getting all the little things right, combat in Battleheart unfolds, and feels as though one is a guild leader running a raid on Molten Core in World of Warcraft; one must understand how to properly use a Healer (buffs and chain heals), a Tank (if you build one you can pull aggro and sustain mucho punishment) a Rogue (for high dmg backstabs at the cost of not holding aggro), a Mage (ranged combat with low armor – various types from standard fireball casters to dark arts types are available)and suddenly this title becomes something much more exciting.

With a huge unlockable map, a combat arena for refining your chops and perfectly executed graphics, Battleheart is the fantasy action game app to beat.

The Eyelash In My Soup

Now the provisos: sometimes it is hard to isolate a character in the midst of a busy battle in order to move them to a better location; they may become obscured by skill icons or enemies, which can unjustly swing combat in the wrong direction.

A fix would be to have a small character selection icon at the bottom of the HUD.  Also, unlike Legendary Wars, Battleheart has no leaderboard implementation.  At the very least, inclusion into Apple’s Game Center would afford one’s progress some bragging rights and deeper meaning. For such a high profile title this omission is a little confounding.

But I Still Love Ya

A testament to Battleheart’s replay value is the fact that I ran fully charged batteries out four consecutive nights in a row – it’s really that good. I was first turned onto it when I saw it top Angry Birds in the bestselling games marketplace on the App store – fortunately, my impulsive purchase paid off in spades, or screwed my RL productivity quotient, whichever way you want to look at it. If you have no life, then this is mana from on high. If you have important things to attend to, then stay the hell away from Battleheart.

Get Battleheart at the iTunes App Store – USD$2.99

Get Battleheart at the Android Marketplace 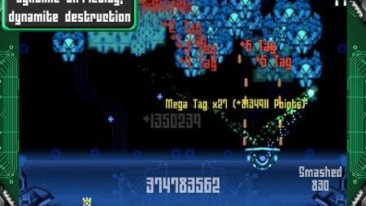 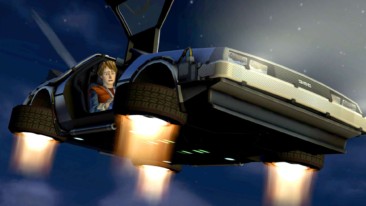 Review – Back To The Future: The Game – Episode 1: It’s About Time