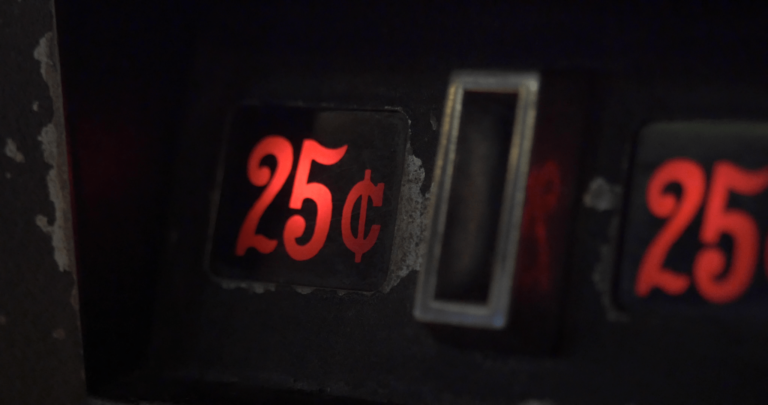 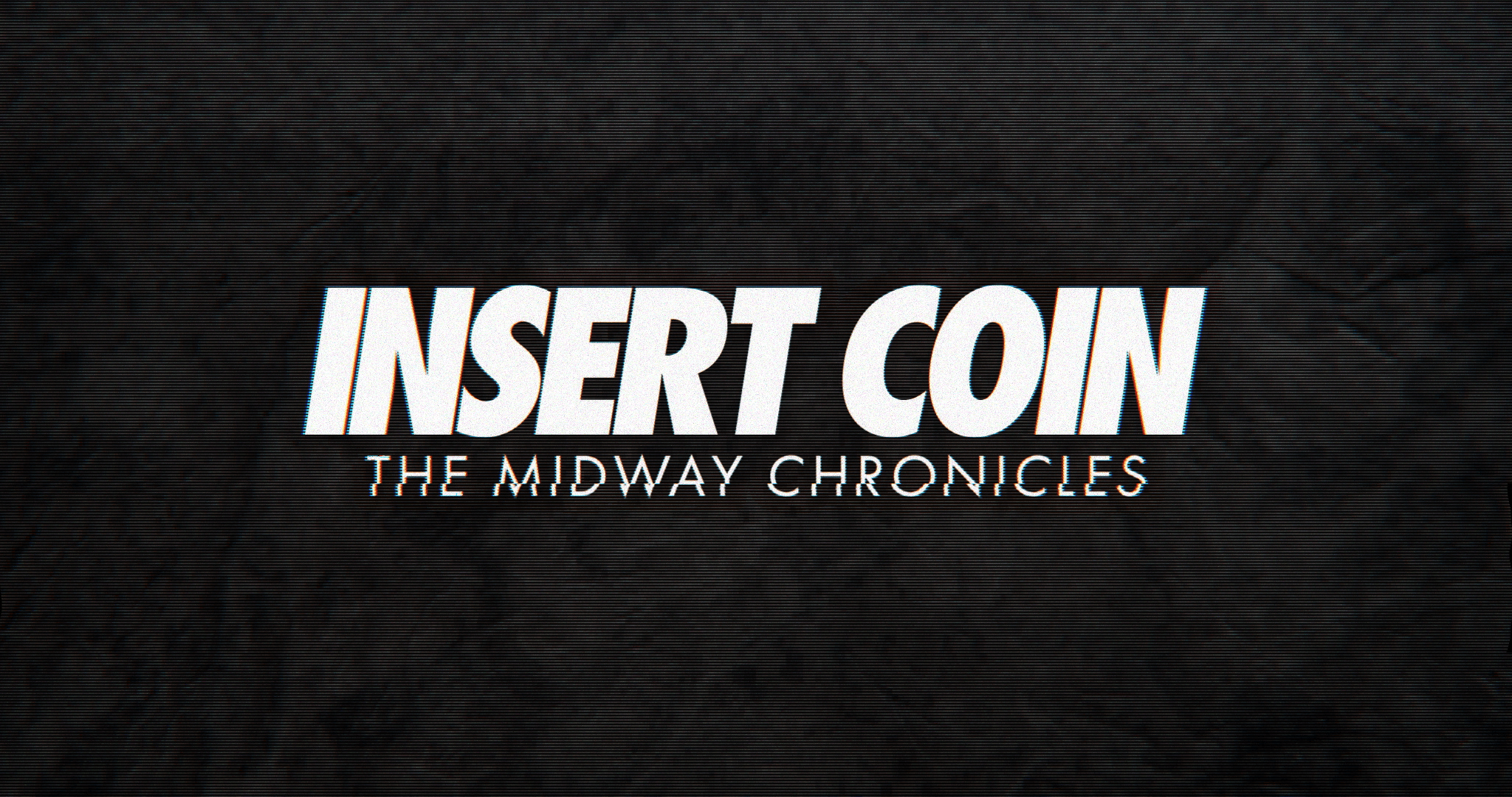 Do we really need another documentary about video games?

Why, yes! Yes, we do. The language, culture and history of video games are negligible compared to the impact of the medium over the past half-century. There could be documentaries about a million different angles, genres, eras, scopes. This one happens to begin with foundational arcade titles like Smash TV and moves into that era where Midway was using video footage to create more photorealistic graphics on games like NARC and Terminator 2, eventually leading to ground-shaking titles like Mortal Kombat and NBA Jam.

(As an aside, I saw Amrich speak at PAX West in 2012, and he turned me on to his game about writing about games, which I still use to this day. Also, I always confuse him with Patton Oswalt. I went down a whole YouTube rabbit hole the other day about people trying to meet their real-life doppelgangers and get DNA tests, and Dan and Patton should totally do that.)

In other words, we either have a film that got access to a set of interview subjects and found its way from there, or we had a filmmaker who chose the subjects because he wanted to focus on a particular aspect of the game industry. The answer ultimately is not clear. My suspicion – or hope – is that the film wanted to show the dawn of the arcade era, its less-than-altruistic operators, and how this particular subset of white dudes led to the innovation of digitized video in gaming. But I can’t promise that that is the case.

From the trailer, the film boasts it is about the “punk rock” guys – er, Midway – in the game industry: bigger, badder, tougher, weirder. What they have is a film about, yes weirdness, shock value, litigation, and guys geeking out on it, talking about the license deals, how to push their team harder, and the unlikely journey to their decade-long success. Credit where it’s due: these folks made innovative games where there were none, and their influence is heavily felt today, for better or worse.

That said, there is some juicy archival footage and stories to go along with it. We get the story behind the creation of Terminator 2 and the video game being shot at the same time as the feature, which affords us a new look at production footage and stories that we may not have been seen elsewhere.

We get to see the behind-the-scenes footage from the making of Mortal Kombat that was making the rounds on the internet recently: the deconstructed treadmill they used, the overcrowded warehouse where they captured the combat footage.

When Insert Coin moves onto NBA Jam, the basketball videogame the Midway team wanted to use to create the next iteration of their video capture technique, we can see all the experience they had gathered come together. Using digitized voice to announce what players were doing dynamically was yet another innovation: the sense that the televisual experience is reacting directly to you.

It’s fantastic to hear how they went back to the explosion assets created for Smash TV to use for the basketball swooshing through the net in NBA Jam. I love this idea of building and repurposing the work done prior. Maybe my graveyard of unfinished games will have a purpose one day…

So then it starts to make sense why Ernest Cline, the guy who re-popularized VR in the mainstream culture with Ready Player One – the movie that turned Spielberg from VR skeptic to VR evangelist – is central to the interviews here.

Whether or not it was intentional – and I am going to assume it was by design – looking at how videogames and their videogrammetry prefaced the volumetric video paradigm we are entering now becomes apropos. To that end, I would have loved to see the film enter the realm of light-field capture and projection. But then again, after listening through Ready Player Two, I am skeptical if that much consideration was involved here.

Finally, here we have a basis to begin the discussion about these truly groundbreaking new technologies that remain esoteric to all but the most bleeding-edge members of the spatialized media industry.

If I have a critique, it’s that the focus of the film is too flat. There is a missed opportunity here, and it leans too much into already-trodden ground rather than the real innovation and historic implication.

We see the same Joseph Lieberman Senate hearing about violence in video games that we saw in Netflix’s recent High Score, which was also critiqued for being too heavy on nostalgia and too light on revelations (although I did like the film for introducing some previously unseen interviews with important figures in videogame history and a far more diverse host of unsung people). In other words, there is too much overlap here, and not quite enough that is new.

The film is always teetering on this amazing idea about photorealism in gaming, but it doesn’t lean in. One of the most interesting elements of the film is how the Midway teams started shooting people with video at every angle: the early origins of faux-volumetric capture. What starts as a piece about ultraviolent video games becomes an important document about the transition of computer graphics to the volumetric capture world that pervades modern cinema and immersive media.

By the third act, we get into the 3D processors via the six-player combat game The Grid – a massive investment for an arcade because it required four machines tethered together. The company starts to face new challenges finding a balance between price and potential return.

Insert Coin also delivers an unexpected but welcome quick interview with Keisha Howard, who has spent a decade making videogames and game culture available to more people and more marginalized communities. In the credit roll, we get glimpses of interviews that didn’t make it into the film, including one with Tony Hawk. All the while, the Kickstarter names scroll…

I don’t want to get more granular at the risk of spoilering anything, but what we end up with is the story of Midway’s coin-op era and what it delivered to the history of video gaming: a brief and lightning-hot period that reignited the arcade, injecting some undervalued innovations in the process.

There is a good quote from Larry Kasanoff, producer of Terminator 2 and True Lies about the clash between movies and video games. In the game, the player decides what action the hero will take, while in the movie, the filmmakers have to make that decision for you.

So I will take this movie as the decision the filmmakers had to make. If I was a player, I may have taken it in a different direction.

Still, for its shortcomings and missed chances, Insert Coin is worth seeing. Whether it is to hear the unapologetic boasts by the old Midway and Bally kingpins about stealing quarters from unsuspecting victims and overworking their programmers, or the section about Aerosmith’s eager embrace of digital media – and the recording sessions for their interactive FMV – or the troubles with building Mortal Kombat’s animatronic Goro for the feature film, this documentary oddity is worth the quarter you’ll invest.

Check out the trailer for Insert Coin: 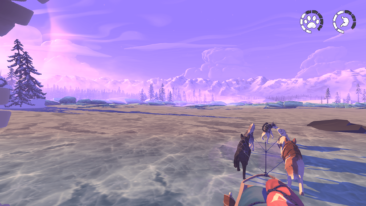 The Red Lantern Review – A Recursive Journey into the Wild

Back to Ashes Preview – Smiting and Smoldering (Early Access)