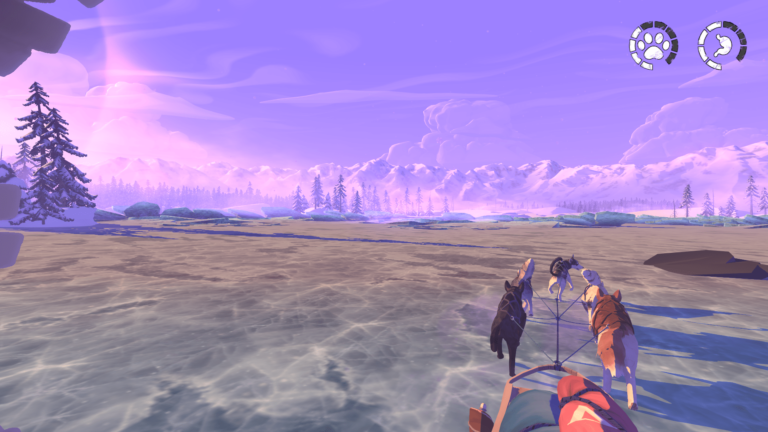 The Red Lantern from Timberline Studio

Imagine if Firewatch were a self-discovery journey in the Alaskan wilderness where you develop complex relationships with the individual members of a pack of sled dogs. 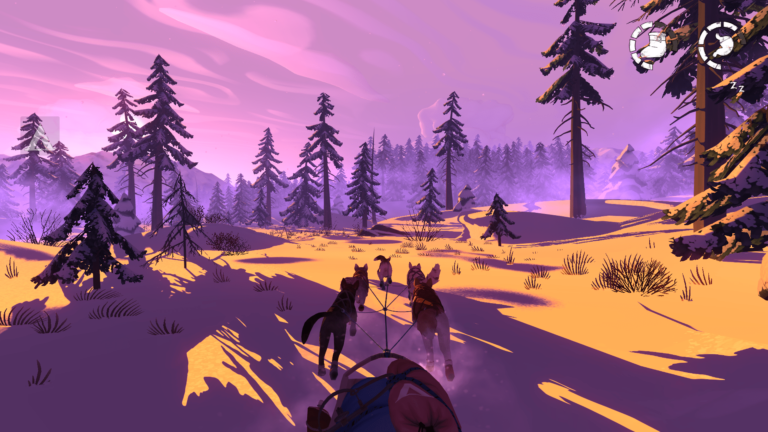 Along the way, you will make a series of important survival decisions. Stop and hunt for more meat? Investigate the strange sounds? Press on? Or camp to restore your energy while losing precious daylight? 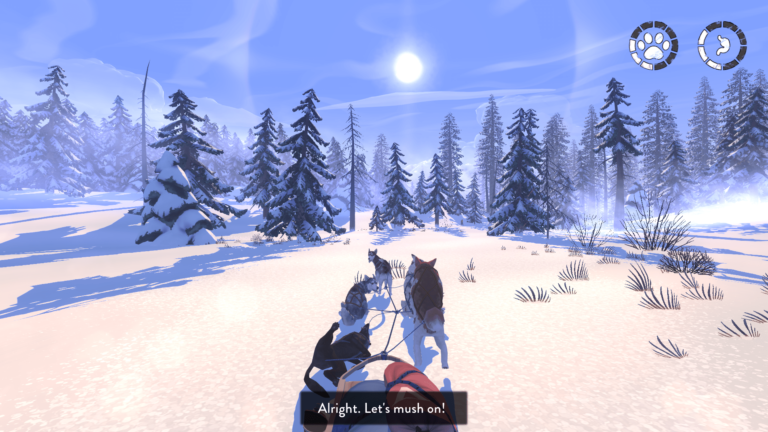 You Can Pet the Dogs

A few years ago I was super excited by the iPad game Dog Sled Saga. Now I have its rare theme again, this time as a 3D adventure evocative of Firewatch or Dear Esther: half as much a walking – er…sledding – simulator as a meditative treatise on connecting with the self, silence and the open air.

In fact, it’s as much a commune-with-pups simulator as it is anything else. The only other humans are represented by the traces they have left behind. Everything is really nicely handled. The stuff that could become tedious, like piloting a sled or driving a car along the snowy roads, is handled for you. Instead, you have a dynamic point-and-click adventure that never feels fiddly.

As you return to attempt the trek again and again, most of the beats will get repeated, and what is procedurally generated is slight. In a deterministic game, you will invariably be engaged in a slow learning process where eventually you understand how all the parts work and what they mean, leaving you to reflect and savor the memory.

I started and didn’t stop until it was over. I couldn’t put it down, but my headspace when picking up is my own, and that may or may match yours. 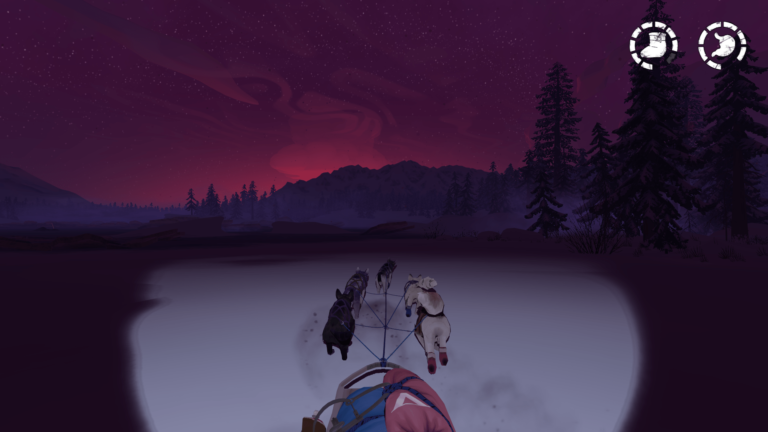 Building upon What Was Left Before

You begin The Red Lantern with exceedingly meager resources, but every subsequent run will be better equipped as the result of your previous efforts to explore, hunt, observe, train and scavenge. You get to create a packing list in your journal where you can prioritize your supplies.

It is represented as a dream of a former life. You return smarter, better prepared in each incarnation. I don’t want to spoil anything, but that should give you a sense of what you are in for: a delectable nature retreat in pursuit of the house with the red lantern.

Made in Unity using Wwise for its detailed sound design, the journey is accompanied by a contemplative minimalist piano score that brings to life the beautiful magic hour lighting that makes the snowy pastoral landscapes glow. Hrishikech Hirway’s score is evocative of Ryuchi Sakamoto and is one of my favorite scores of the year, as deceptively simple as it may seem.

Ashly Burch (also heard in The Last of Us, Borderlands 3 and countless others) voices the lead character and gives a spot-on performance that feels modern, hip and candid but never obnoxious.

And yes, The Red Lantern is short. Once you reach your destination, you are done. Think of it as an amazing dark ride in a gorgeously lit world. Of course, once you are done, you can do it again with the dogs you didn’t choose the first time around or even continue to do a variation of the trek to learn more about each dog and its unique personality.

A heart piece – and you can feel it. Even in the credits, it acknowledges many, many people, “even though we have to be apart,” which means this is another COVID-19 baby.

In times like these, it’s a salve for the soul.

The Red Lantern is available via the Nintendo Game Store, Microsoft Store and Epic Games Store.

Watch the trailer for The Red Lantern below: 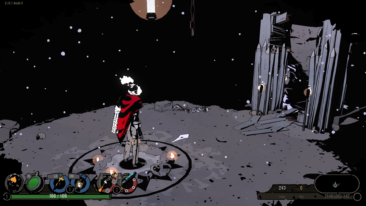 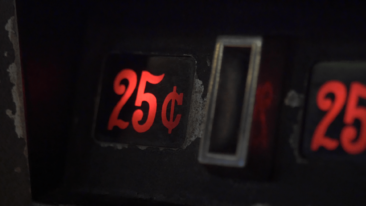