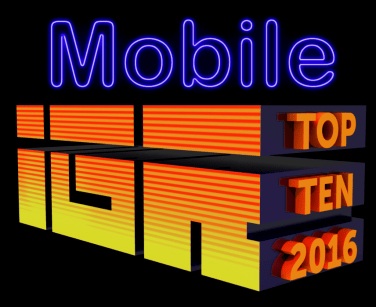 Games on this list should in the same way justify their existence as mobile games by using the medium. Maybe portability is enough, but actually exploiting the fact of a touch screen gets major bonus points. This year we see an abundance of brilliant logic puzzles, with some Roguelikes and puzzle platformers thrown in for good measure – in other words, a happy iteration on the standard mobile/tablet fare. If anything, the design keeps getting leaner and more concise. Music gets better and tutorials more efficient.

As initially exasperatingly abstract as ever, Brough’s work always delivers, in the end, a wholly unique and inspired experience – in this case, a sort of Roguelike dungeon crawl puzzler combat survival sequence with a unique grid-based weapon-equipping and leveling mechanic.

There are four monster types that come in either blue or red flavor. You can attack them based upon what sort of tile you are standing on. They may have more blue or red life points. Every time you reach a star, the level map changes and you get a health point back. It gets better if you cough up the extra $1.99 to upgrade to extra tools and characters. There is nothing quite like it, and it is a lot of fun for a quick pick-up-and-play session. And then another and another.

The genius of Brough’s games, is how they teach you about over time. It isn’t that they are expressly hard to understand, it is that they are teaching you a new language. As you become more fluent in Imbroglio, you will start to grasp how majestic this seemingly simply RPG truly is. A new form of Chess?

Using a series of devices that operate like code, you move a ball from a generator to a receiver. The complexity scales rapidly but never in terms of the UI or manner to deploy your logic.

A clean, efficient UI supports your efforts, as do the score and sound design in a very handsome package to create one of the best puzzlers for mobile devices this year.

From Toronto developer Semidome, who is also responsible for the wicked brooding ambient electronic score written for this action puzzler, Nightgate is a seamless and challenging but never frustrating title worthy of the attention of any iPad gamer. It was born for the very purposes of UIs and touchscreens, moving seamlessly from level to level as you attempt to contain an alien intelligence by avoiding obstacles and capturing nodes.

The third game in Image & Form‘s popular Steamworld series, this might be the best yet. In addition to the expected steam-powered robot action, add strategic, turn-based gun battles, procedurally generated levels and – of course – lots of hats. One of the best things about Steamworld Heist is its combination of turn-based combat and physics inside the cartoonlike 2D world through which the crew of robots travel in pursuit of fuel, goods and rep.

We love games that teach us about a corner of the world we have never before investigated, and this one introduces a variety of concepts and terminology from the world of competitive dog sledding. In this saga, you not only manage a team of dogs that may include Labradors, German Shepherds and Huskies, among others, but also you pay rent, hire employees, manage your resources and more. You can spend days caring for your dogs and letting them rest, or train them up. On race day, you had better be on point, because there are lots of little reflex actions that you must apply through the course to make sure you place – or your lack of funds may knock you out of further competition.

From the makers of rymdkapsel that topped our list of Top Indie Mobile Games of 2013 comes an equally fascinating multi-layered puzzler that blends the Sudoku allure of Threes with Tetris, Rubik’s Cube and match-three games. You must find sums of blocks that can topple requested towers. There may be multiple groups of towers that you can affect all at once, but sliding blocks to get the combos you need will use up saves. You must find the ideal path through the block options to clear out the towers. Procedural generation guarantees that you will never run out of levels.

Fans of The Witness will find a familiar concept here, and casual gamers will also find it easy to pick up and engaging for hours end. The package is even more appealing due to a subdued color palette, sound effects that feel like R2D2 is cheering you, on and a laid back electric guitar hipster soundtrack from Salkinitzor.

_PRISM offers the player a two-handed, three-dimensional puzzle experience. The puzzles scale gradually, but before long your roommate will likely ask you why you are playing finger-Twister with your tablet.

This physicality is only half the fun of this mind-bending dimensional puzzle we couldn’t put down for the two and a half hours – mileage may vary, based on your puzzle prowess – of polished gameplay on offer.

The director behind this title used to work at Rock Star Games on titles likes GTAV, and it shows. Taking the role of a young photographer living and working in Tehran in 1979 during the first days of the Iranian uprising against the Shah, you’re tasked with capturing images – Fatal Frame style – of the people involved in the uprising.

You ultimately make the decision about what faction to support or work against as you discover more information, drawn from historic media coverage about the nature of the revolution and its key players. While the controls can be a little floaty in some spots, this is an eye-opening and careful work about a time in history many have not been exposed to and less understand. By engaging you directly with a witness to the goings-on, you are afforded a first person look from within the crowds of how it not only looked but felt to be a part of.

The Sorcery series that we reviewed when its first installment was launched has since deviated somewhat from the original source material, as it has grown to epic proportions, but in no way is this a bad thing. With their trademark high quality writing that maintains the style of the original prose applied to expanding the Sorcery universe, the game has matured in many ways.

The three-letter spell-casting system is still there, as are the Choose Your Own Adventure style text prompts, not to mention the slide-to-attack combat system, but there are now new cinematic camera moves across the pencil-sketched landscape, the sound design is richer. This is interactive narrative at its finest – deploying the end user’s imagination and reading faculties while offering assistance to alleviate the tedium of stat tracking and embellish the experience through animation and soundboards.

by Amanita Design
iOS
Amanita’s worlds are a thing unto themselves – from the art-style to the gameplay and the music. All work in harmony to transport you to incredibly detailed, Lilliputian dream-worlds filled with quirky, winsome and often stubborn characters along the way to addressing their problems and discovering their ultimate secrets. Botanicula is still one of the most popular games on the iTunes app store. Samorost 3 follows its successful predecessors with perhaps its most ambitious outing of all.

In this installment, you and your faithful pup are trying to find a way off your green asteroid by building a spaceship to search across your corner of the solar system. Apparently, a giant space squid was out there terrorizing space folk, and a bunch of old wise guys made an equally giant robot to deal with it. That is the old legend, and you are a new hope. These games provide an unforgettably delightful point and click adventure, and the hint system is fair. Your friends will exclaim aloud in wonder as you poke and prod the window frame that is your tablet and makes the denizens of these living dioramas react to your inquiry.

I love this game. It’s really hard, and it’s derivative of Tempest and the new cyclical shooters trend, but the idea of tapping a shooter to toggle its direction back and forth at increasing speed is a great brain workout and a lot more fun than it may sound on paper.

Despite the difficulty of its “sliding blocks in 3D” puzzles, klocki – from the maker of Hook – manages to be a surprisingly soothing experience, thanks to its gentle pastel color scheme and relaxing ambient soundtrack. It also does an exceptional job in wordlessly introducing its mechanics a few at a time, so even comparative puzzle novices can grasp the concepts without feeling overwhelmed on the one hand or pandered to on the other.

An exceptionally good, Famicom-style action/adventure, Vulture Island manages to combine the puzzles and quests of classic point-and-click adventures with the running and jumping (and twitching and cursing) of modern action platfomers om a delightfully colorful world filled with lots of interesting mozzies.

Take the fundamentals of Magic: The Gathering and its digital counterpart Sol Forge and combine it with the lo-fi but brilliant dungeon crawler Dream Quest and you end up with the slight persnickety but ultimately rewarding CCG dungeon crawler Lost Portal, crafted by sole developer Michael Camilli.

Back with a 2.5 version of his successful initial title MegaCity that topped our Top Ten Mobile Games 2012 list, Concrete Jungle has you placing building tiles on a side-scrolling grid in hopes of reaching a set point goal and clearing as many rows as possible.

Like Inside is to Limbo, Concrete Jungle takes a winning formula and polishes it up. A great choice for puzzle enthusiasts riding in the back seat of a long road trip.

What were your favorite mobile games of 2016? What are you playing these days? Let us know in the comments below! 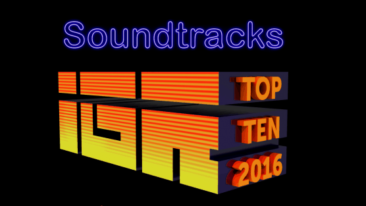