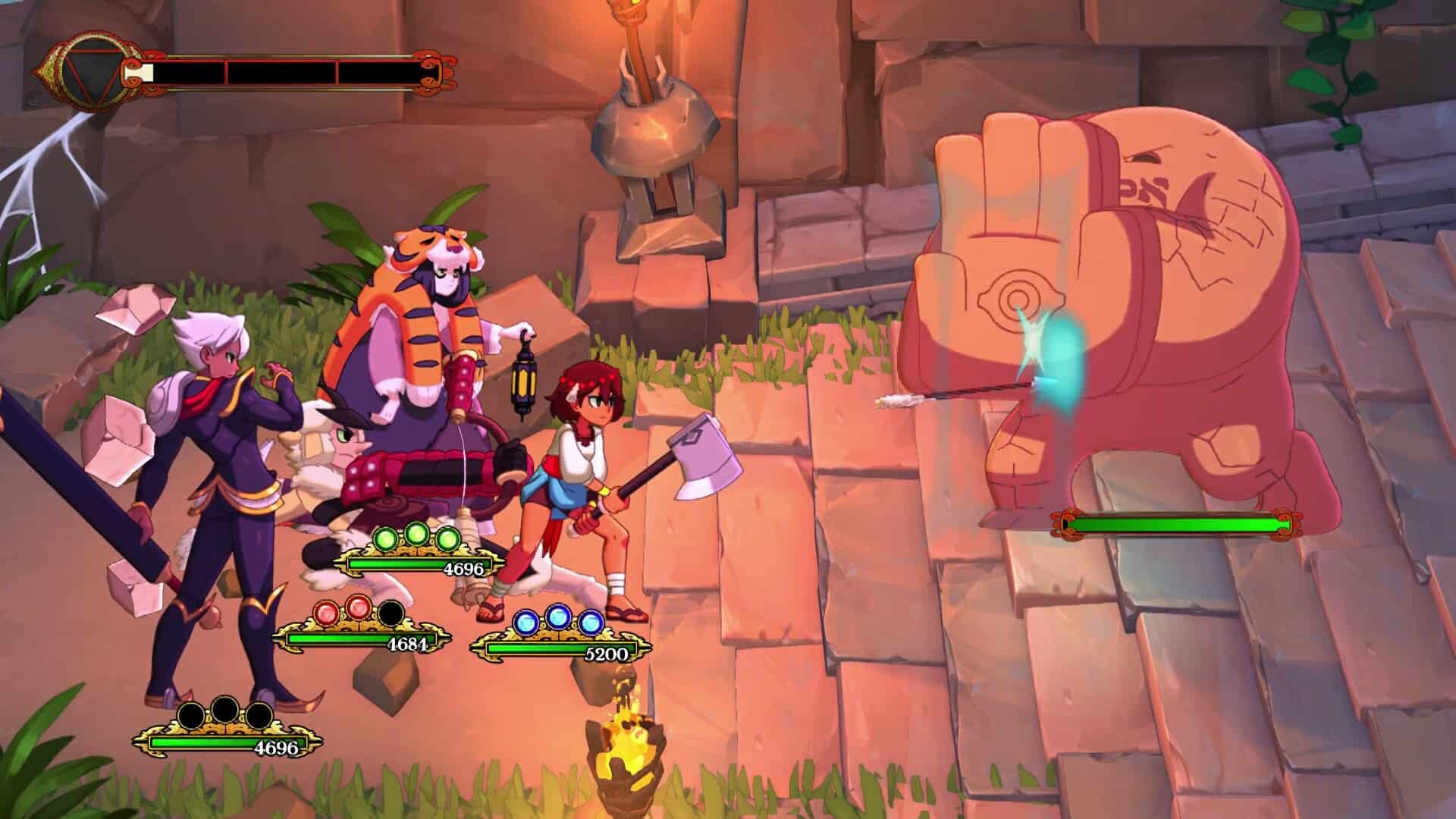 Stop me if you’ve heard this one before: a young warrior wakes up late for training. Next thing you know, her village is on fire… 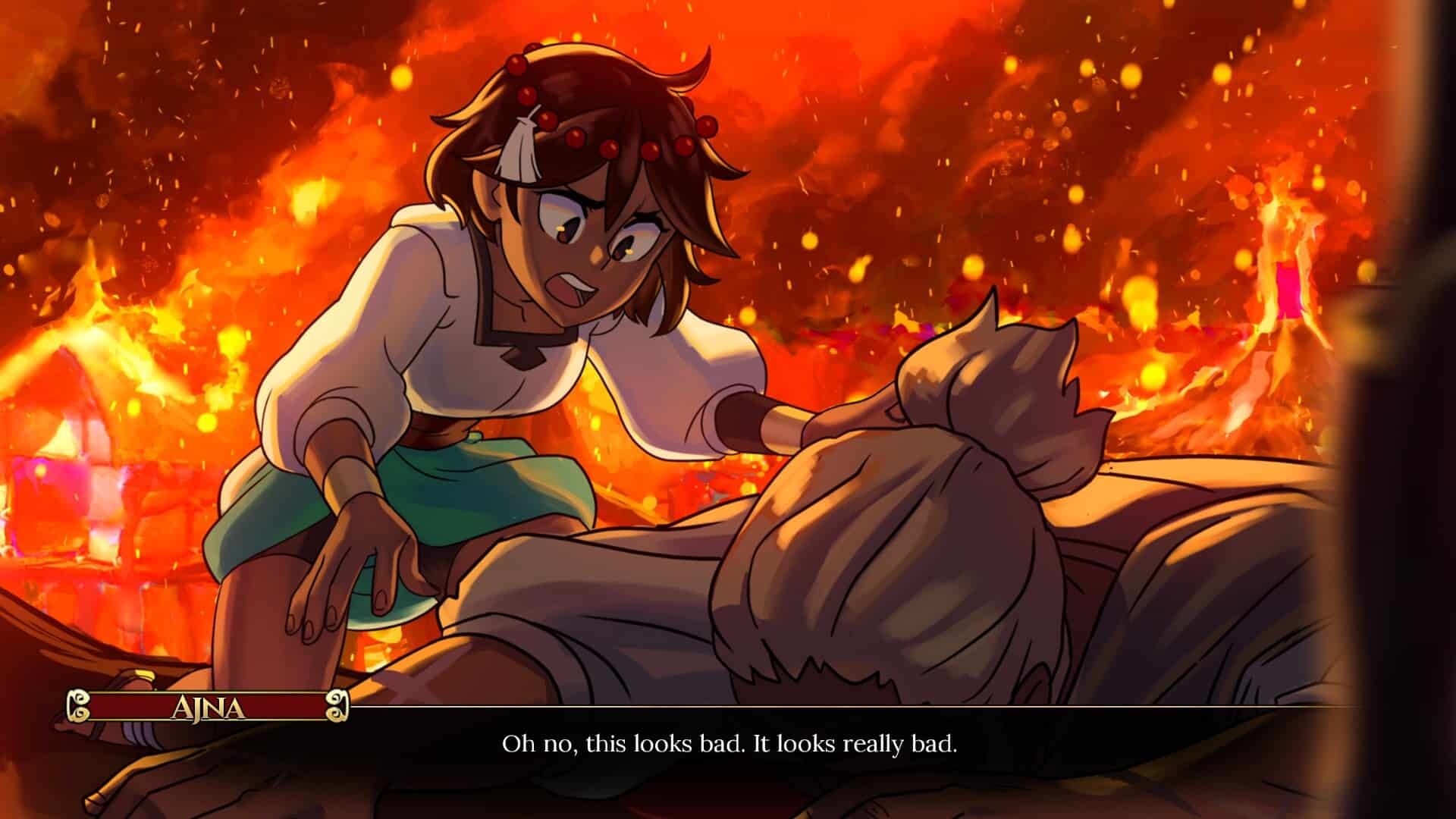 Relics of the Past

Indivisible can easily be described as “JRPGs: The JRPG.” The trappings are all here: a plucky, brash upstart hero named Ajna with a hidden power, a massive world-consuming monster that only she can stop, a rag-tag band of misfits who join her cause for their own reasons, etc.

If you felt your eyes glazing over during that description, I don’t blame you. However, try to stick with me here, because despite some flaws, this game actually manages to be something pretty special. 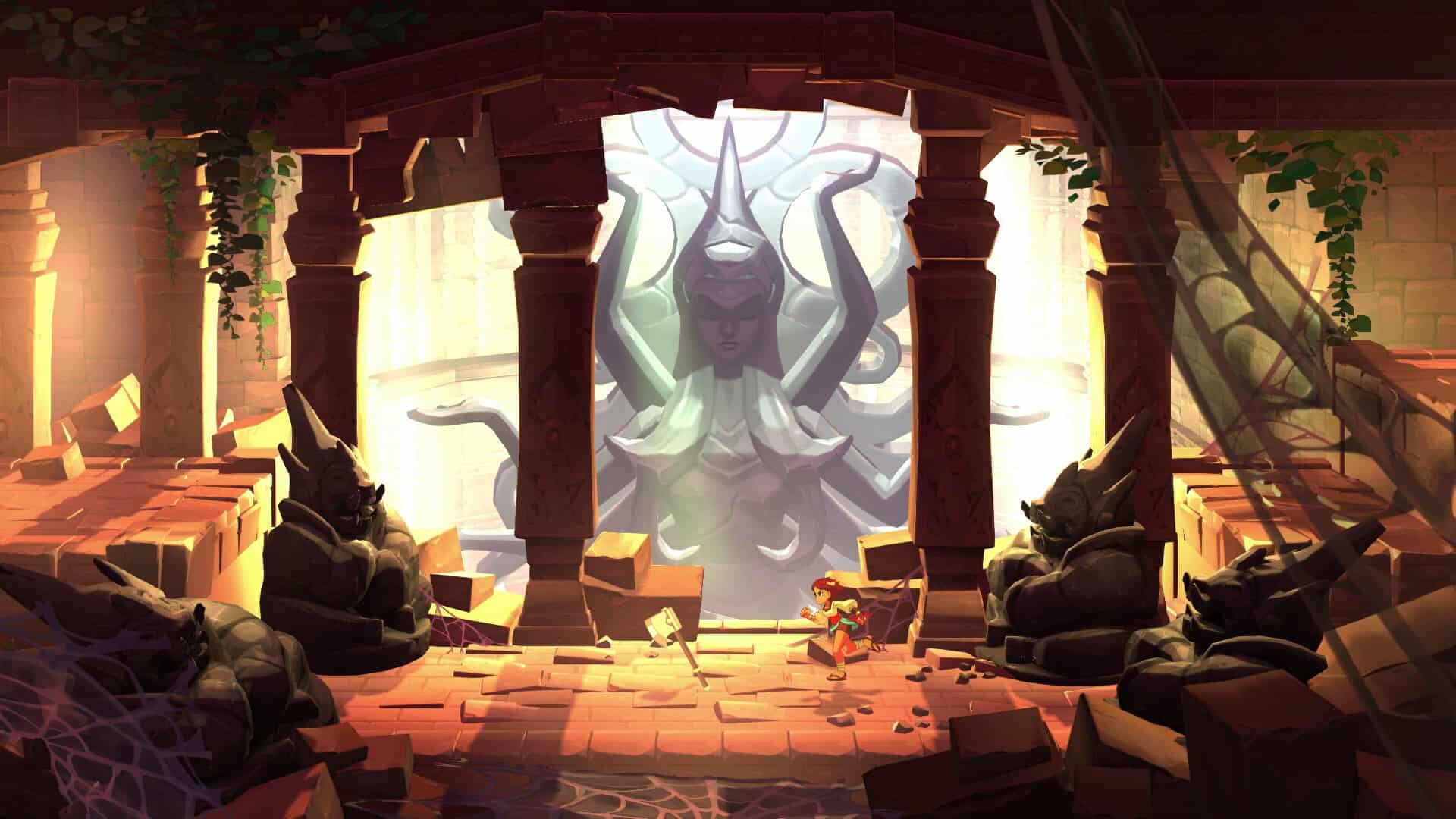 While many RPGs have you traverse a top-down over-world, Indivisible’s progression is much more like a Metroidvania. On your first run through an area, you’ll consistently find items and rooms that are unreachable, encouraging you to come back and explore once you’ve found the right ability.

It’s as compelling as it is in other games that use the same system, and its a nice change from many of the largely static worlds of other JRPGs (even though some of Indivisible’s areas feel kind of bare). 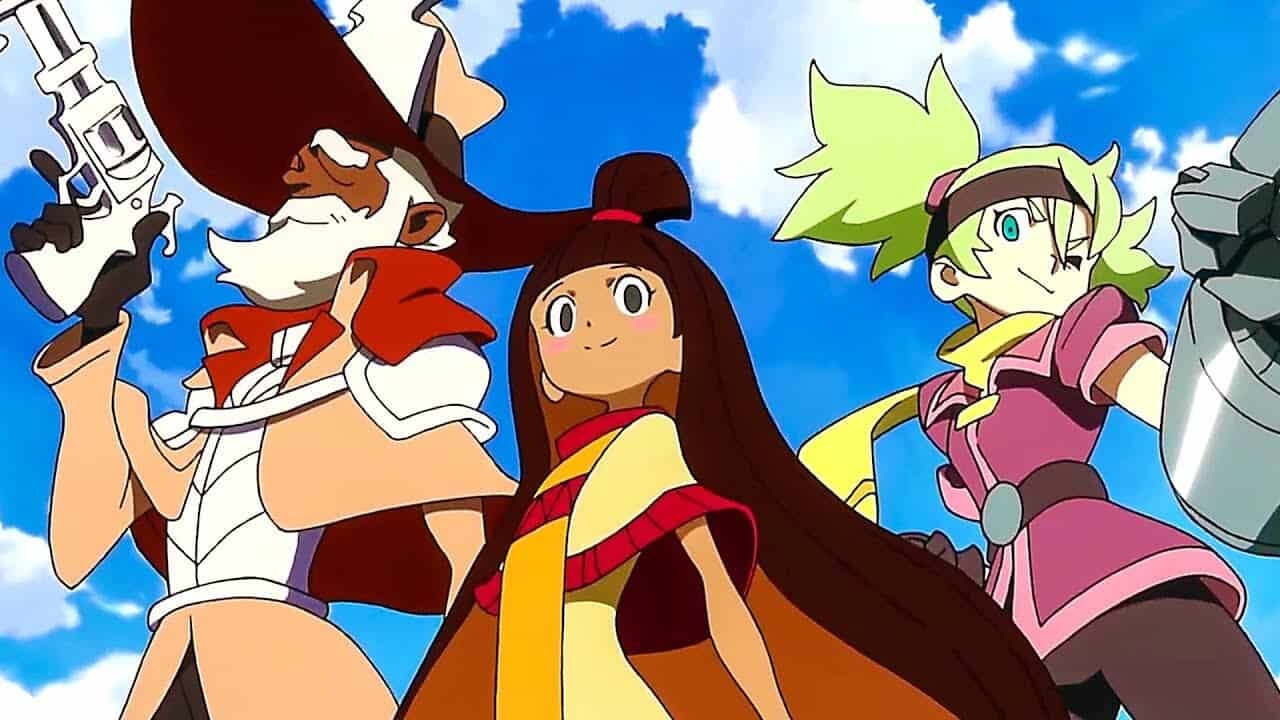 Getting the Band Together

However, what really sets Indivisible apart from the pack is the characters Ajna encounters. This should come as no surprise, given that the developer gave us the gorgeous 2D fighter , but not only is the cast wonderfully diverse in terms of gender, ethnicity and orientation, but some of them are just flat-out unique.

Sure, you’ll find such standard fare as a warrior with a dark past or a chipper botanist eager to pursue her research. But you can also find an armless dancer whose kicks air-juggle enemies, an armored motorcycle warrior straight out of , and even a water spirit who dispenses both healing and harming water from her own hair, just to name a few.

Many of the characters (as well as the world itself) also have designs based in Hindu and Buddhist mythology, which gives the game a pleasantly different feel from your standard Tolkien-esque RPG fare. Oh, and pretty much all of their dialogue and interactions are hilarious.

The characters’ personalities don’t just end at their designs either, as each of them brings their own unique spin to Indivisible‘s fast and fun combat system.

Taking cues from for the PS1, each of your party members is mapped to one of the controller’s face buttons during combat. You can then press the buttons in combination with directions on the left-stick to have them perform different moves, which can set up for some truly flashy combos. 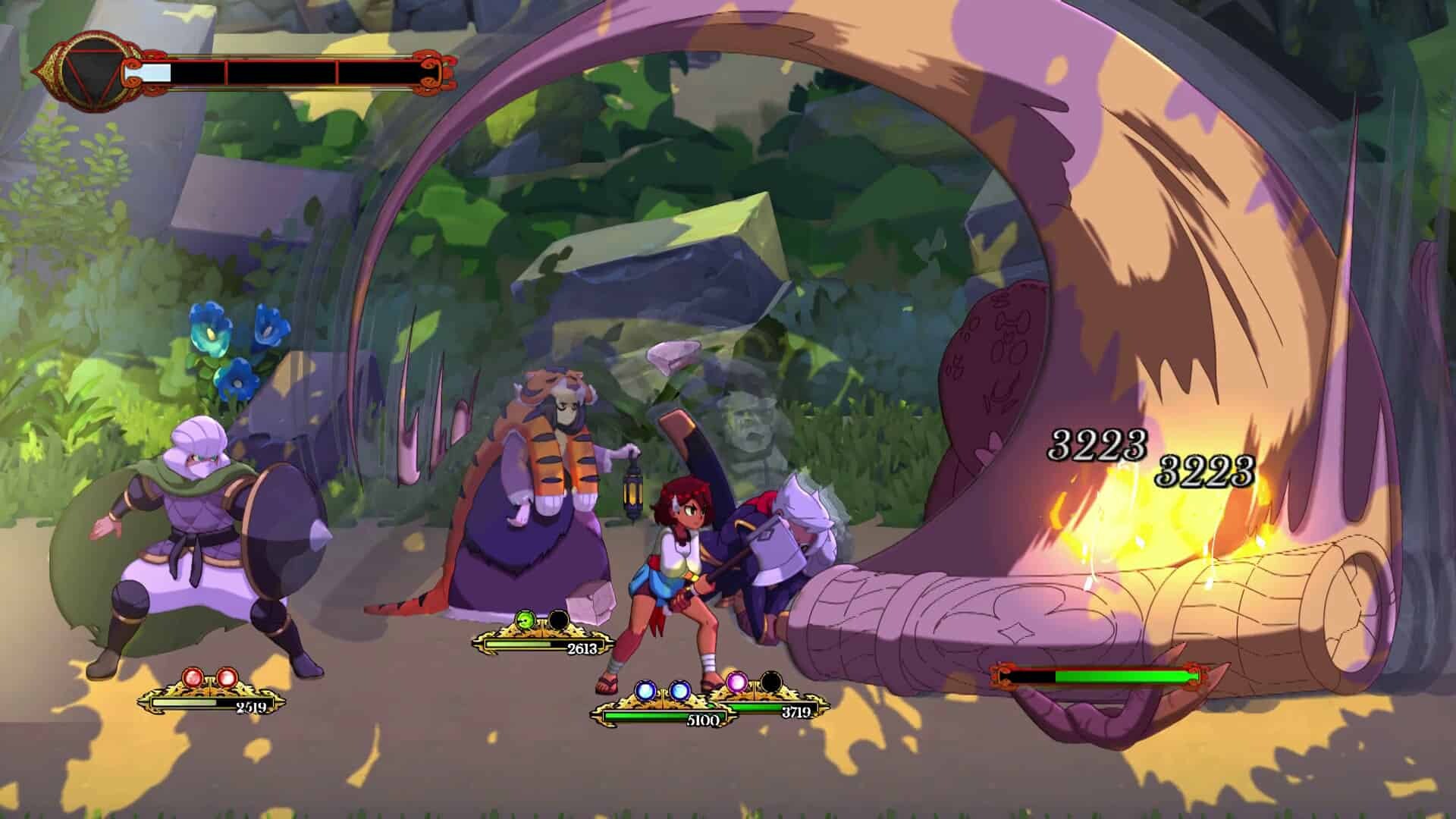 For example, you can have Ajna launch an enemy into the air with her Up attack, then have Yan the dancer juggle them with her kicks, and finally end with Dhar the warrior smashing them to the ground for huge damage.

Or maybe you’d rather have Phoebe the amazon suplex the biggest enemy to the ground and then send Zebei the archer into the air to rain arrows down on them from above.

The possibilities are numerous, and it makes you legitimately excited whenever a new character joins your team, just so you can see what they do. 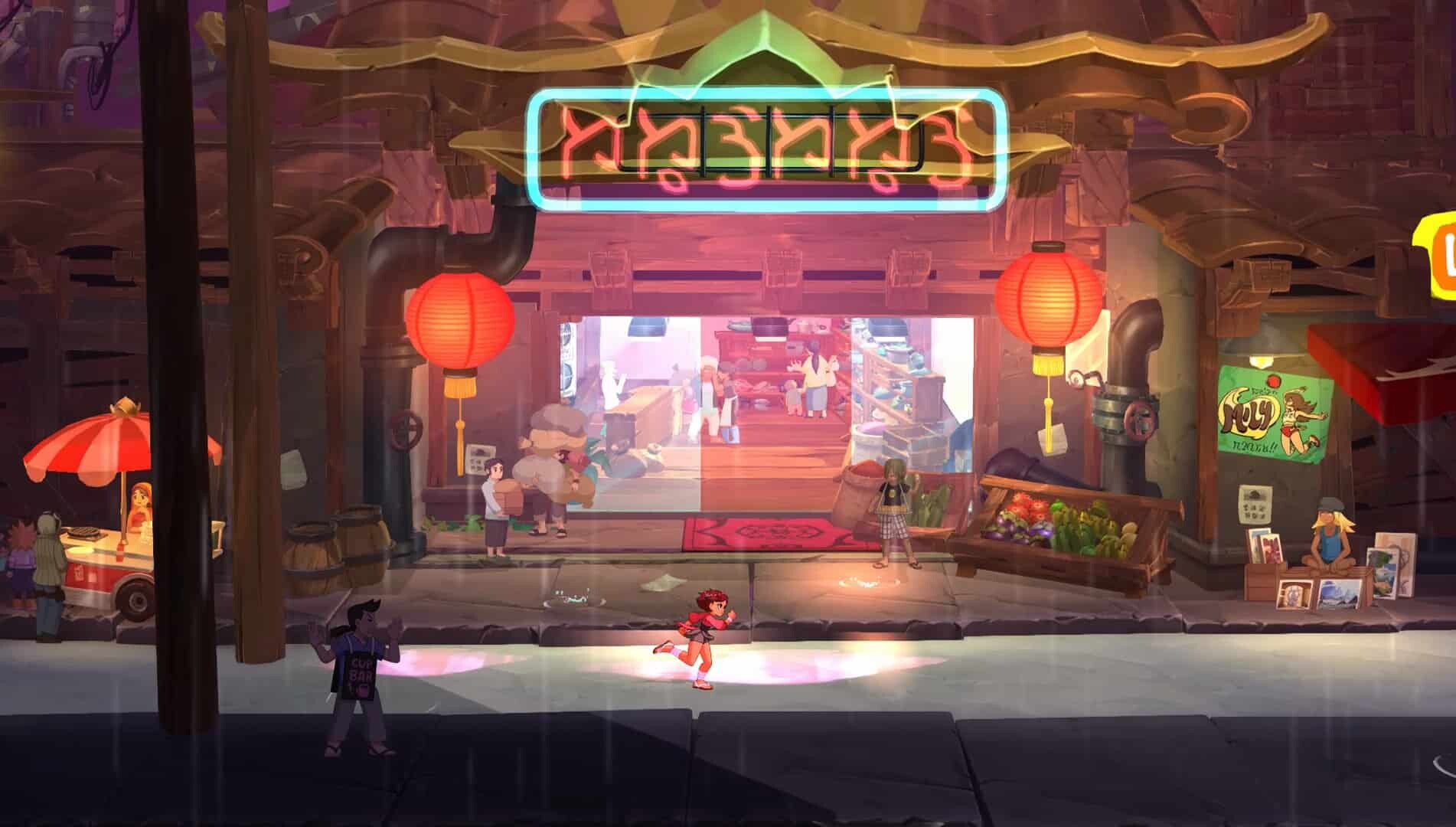 On the technical side of things, Indivisible is a bit of a mixed bag. There are some weird inconsistencies with some of the mechanics (not all characters have a super attack, for whatever reason), the hit detection is questionable, and the game slows down in certain areas for no noticeable reason.

However, it’s also impossible to overlook just how gorgeous the whole game is. The animation of the characters and enemies is fluid and diverse, and the backgrounds of each world really pop, giving each one its own personality. Special mention also goes to the animated cut-scenes done by Studio TRIGGER, known for their work on stunning anime like Promare and Kill la Kill.

On top of all that, the game features a beautiful soundtrack by composer Hiroki Kikuta that’s easily become a personal favorite.

All Things Must End

As it stands, Indivisible is a technically flawed game that largely compensates with a ton of charm and heart; you can tell the project was a labor of love. While it could have used a little more time in the oven, it’s ultimately still a fun, well-paced JRPG that I’d recommend wholeheartedly both to existing fans of the genre and even to new ones too.

Watch the official trailer for Indivisible below: 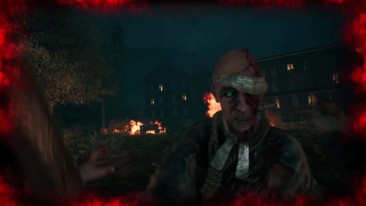 The Beast Inside Review – Slashing and Flashing Back 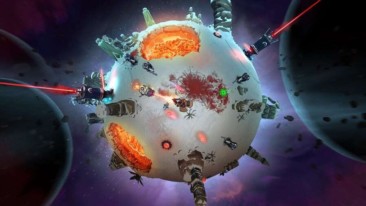