The IndieCade Awards were held at Club Fais Do Do on a dark street just underneath the 10 freeway in Los Angeles. A fitting venue, given its typical events are underground, roguish, countercultural affairs out of the typical gentrified zones – a sort of cultural island in the middle of nowhere, forging its own unique little portal of interest in the universe out of nothing at all.

The nominees were as eclectic as ever, spanning many different genres, getting millions of youtube views, and some that could only be considered new genres altogether. Which is precisely why we care. We will expand this article over the coming days as we speak to the developers about their wins, but for the record, here are the official winners from IndieCade 2014.

Regardless of whether Double Fine fits inside your qualification for indie-sized or otherwise, this game is pretty awesome. You walk around looking like a cross between Link and the kids from Costume Quest and having at monsters in a fantasy landscape. The twist is that when you perform any actions, you modify some variables or commands in a pop-up window displaying pseudo-code.

Then again, you might think this is way too geek to be fun. This theme – of modifying the very structure and rules of a game – was rampant at IndieCade 2014 – whether it was in so-called “Big Games” like Cat On My Head by Playniac, or Choice Chamber‘s Twitch mod, or Hack N’ Slash or FRAMED allowing you to modify the very boundaries and sequencing of the world you are playing in, this is something to take away from the current paradigm just as Roguelikes or interactive narratives dominated previous years.

(Down to the Wire)

Though it isn’t an easy 15-second elevator pitch, Ice-Bound has to do with reinvigorating classic novels via a sampling of the texts into new forms. We will rely on the official blurb to help explain this convergent technology:

“Ice-Bound is a unique indie game for iPad 2+ and PCs with webcams that combines cutting-edge interactive story technology with an AR-enabled print book.”

Grow is a board game with pastel-colored wooden pieces that fit together. It is also a fairly deep strategy game for 2-4 players who uses various methods to become the dominant flower color on a growing tree. Beyond the aspects of grabbing territory, the design even features light simulation that mimics the growth of an actual tree.

From the official blurb: “…a virtual reality documentary project that recreates the moments of the real event in which Anastasio Hernandez Rojas was beaten and tasered to death by border patrol.”

This is why VR will change things; it will offer truly immersive body-swapping opportunities to grasp perspectives never before possible, in a most visceral and personal way.

[UPDATE 10/10/2014] We had an opportunity to spend some time with the game, experience rather, and it is essentially a voyeuristic moment in time in which you have the option to raise your smart phone (inside the world of the play) and video-record the assault on the man who is eventually tasered to death. While the experience is disturbing, it operates more as an art installation than as a title you will one day play. That said, of course it paves the way for more experiential dialogues like this one and makes an interesting move into social activism tied to virtual reality.

Also of interest – the presentation at IndieCade does not use an Oculus but rather Emblematic’s own custom VR goggles. 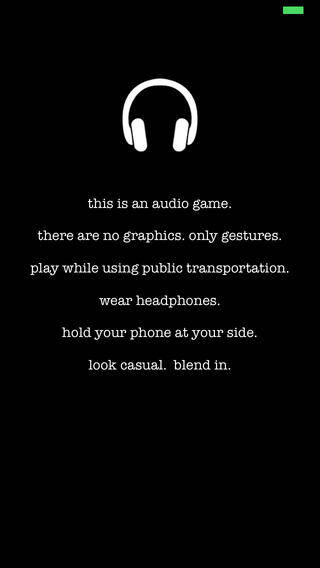 Never MIND the amazing audio design, have you SEEN what this looks like? Feels like something between Portal and Proteus. No, that’s not quite right…perhaps a psychedelic version of TRON guided by Klause Shulze?

Describing itself as a “First-person musical exploration game inspired by synthesizers” – sounds like a date to me.

This makes a lot of sense since Michael Molinari – the developer behind Choice Chamber and previously Soundodger+ – is grabbing current tech by the horns and wrangling into doing something altogether unwrangled: Any number of people can affect the game by offering feedback while it is being played/streamed in realtime on Twitch.

We are still pretty much geeking out over this concept; changing and rearranging the frames in a comic book to change the outcome of the story. That the visual implementation keeps pace with the idea, makes it even sweeter:

We spoke with the developers the day after they won their award and learned that the engine was written from scratch in C#. Thinking on the game, it is sort of a narrated stylistic version of what object oriented programming is. This coupled with Hack N’ Slash’s programming as play, and last year’s CODE makes an argument for an emergent genre…”Codeplay”…no that’s already a software company. “Programmative”? Way too cumbersome. Thinking on it…

Thinking back, N+ might have been the first indie title I bought on my XBOX 360. That was a long time ago. It seems fitting that this venerable but seminal title final gets its proper respects.

Keep Talking and No One Explodes

In the VR-based game, one person can see the bomb in their goggles, while their partner must read them instructions aloud from outside their view.

We loved playing this local co-op title that used a pair of opposite colored glasses – one blue pair and one red – to separate what each partner in the game could see at any given time. We feel this award was well deserved by the Digipen Mocha Team. 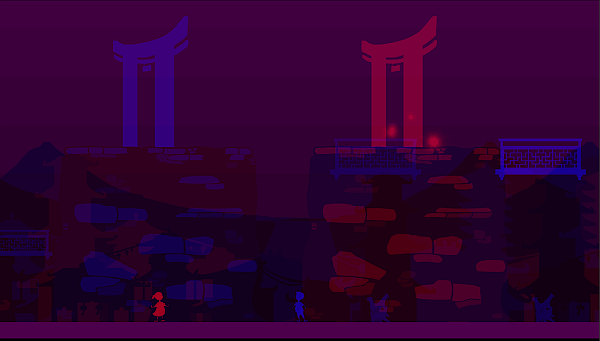 Learn about all the games at IndieCade 2014 at the: 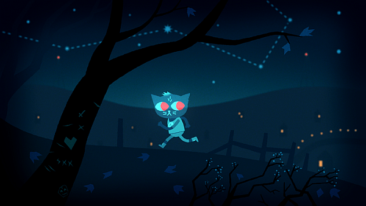