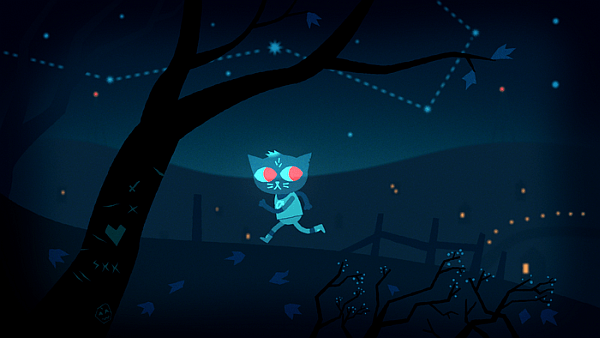 IndieCade 2014 has come and gone and now the IGR team shares its special finds and thoughts on this year’s premiere independent game festival from Culver City, California.

As a first-time IndieCade attendee, my initial impression (beyond the fact that this indie game convention seemed like an absolute blast, which turned out to be true) was that developers seem to be doing a great job approaching local and cooperative multiplayer gaming from an innovative direction.

Examples abounded, from crowd and party games like Cat on Yer Head and the digitally augmented improv of Coffee: A Misunderstanding to games like Keep Talking and Nobody Explodes, which pairs a VR headset-using player with friends using a printed manual in a high-stakes bomb-defusing simulation. That said, there were plenty of traditional video games on display, as well.

Walk through the Music in Fract OSC

An exploration-driven adventure game, the gorgeously minimalist Fract OSC is less Myst than Proteus by way of an early William Gibson novel. As you wander through a semi-abstract landscape of greys punctuated by bursts of neon, you’ll solve various sound-based puzzles that develop into a complete analog synthesizer.

Never Alone in an Endless Blizzard

While the video game community has frequently partnered with the nonprofit world (Humble Bundle and Child’s Play being two obvious examples), Never Alone comes at things from the opposite direction. Looking to lessen their dependence on volatile state grants, Cook Inlet Tribal Councel, a nonprofit that provides youth programs to Alaskan Natives and American Indians, explored various options before teaming up with Seattle-based developers to launch their own videogame.

Of course, an inspirational story wouldn’t amount to much if there wasn’t a decent game behind it, but Never Alone looks like a hit in the making and was quite popular with IndieCade attendees. Based on Inupiaq folklore, it’s a cooperative side-scrolling puzzle platformer featuring a young girl and an arctic fox. Think Trine with a more subdued, arctic-inspired color palette.

Rumors of OUYA’s demise are premature, to say the least. The tent devoted to the Kickstarter-funded, paperweight-sized console featured some of IndieCade’s most innovative offerings.

Neverending Nightmares is an adventure game exploring depression and obsessive/compulsive disorder, Thralled is a side-scrolling puzzle game in the vein of Limbo that sees you helping a woman escape from slavery in colonial Brazil (complete with a child who must be periodically comforted, lest the crying draw unwanted attention), and the forthcoming That Dragon, Cancer is a point-and-click game drawn from its developers’ real-life experiences as parents of a terminally ill child.

That’s not to say that every OUYA game is thoughtful and bleak. Duck Game – a local multiplayer offering featuring flamethrower-equipped waterfowl (among a wide-variety of other weapons and methods for offing one’s adversaries) – was perhaps the OUYA tent’s biggest draw, and the upcoming Reagan Gorbachev will feature the Glasnost-era world leaders in top-down stealth and combat missions.

Also worth (re)mentioning, is OUYA’s Free the Games Fund, a Kickstarter matching program that has helped numerous developers bring their gaming visions to reality.

These impressions only scratch the surface at IndieCade, but after seeing everything on display, from new and upcoming releases to experimental board games, I’m already planning out my approach to next year’s convention…not to mention eagerly anticipating playing some of the releases I saw on preview.

Choice Chamber by Studio Bean is a 2D combat platformer that cleverly integrates the popular game streaming website, www.Twitch.tv. It’s made to be streamed online via Twitch, and that’s where the unique aspect comes in.

While streaming the game, by simply typing a word into chat your viewers can shape your current playthrough. They can help you or make things more difficult by altering many different things. For example they can increase your weapon attack power, or make enemies more difficult. It makes playthroughs different and unpredictable every time.

This type of active viewer input makes this game highly unique and something that I was really impressed with. Our gaming experiences being shaped by an audience instead of a pre-designed path just goes to show how far video games have come.

Developer: Disco Pixel
I’m a fan of rhythm games and Jungle Rumble is a cute Vita game where you have to guide a monkey through short, hazard filled levels. It’s very charming and caught myself smiling because of how entertaining it was. All you have to do is tap onto the screen to the sound of the beat to get the monkey to move around and throw coconuts at the bad monkeys that are stealing your bananas.

It doesn’t necessarily do anything new or reinvent the genre, but it was a very enjoyable game of which I wanted to play more.

Developer: Thralled Team
I didn’t know what to expect when I started playing Thralled. As I held my baby close, the dangers of the dark, unnerving forest really felt unsettling. There was a great amount of tension elicited by gameplay, visual aesthetics, and purposeful quietness. I had to make sure this creepy, ghostly version of my character, came after me and my baby. Constant tension is felt especially after I had to drop the baby on a predetermined spot to free both of my hands to move a heavy object.

The game is filled with symbolism, for example when you are caught by the ghostly figure, the screen fills with water and you instantly drown. My guess is the figure represents some inner hopelessness or impending suicide. The game could have easily come off as insincere, but it didn’t. Instead what was there was this sad, hopeless experience that had me captivated.

Developer: Upper One Games
I’m impressed every time I see more of Never Alone. It’s based on a story by an Alaskan tribe and it’s being developed by Upper One Games. Its narrative is abstract, giving it this fantastical tone that makes it even more intriguing. Since the protagonists are a fox and a young girl, the wonderfully rendered environment feels even more dangerous.

I appreciate that this game not only creates an interesting world I can experience but at the same time opens up my eyes to unfamiliar cultures in the process. Everything from its superb art direction to its unconventional narrative, Never Alone is a game I’m really looking forward to.

I remember when IndieCade was just a group of people hanging out on the top floor of a Culver City pub, handing out makeshift trophies to their colleagues. The festival has grown so much that this was the first year I never got to say hello to the organizers, for all the crowds.

Nintendo and SONY both had large tents showing off all the indies they are proud to be distributing.

The SONY PS4 indie tent had some interesting titles, Pavilion – a gorgeous looking 3/4 isometric top down puzzler, and Night in the Woods, among them. They also had some older indie stars on display including the amazing pixel art of shmup Jamestown which means it will be available to a whole new audience.

Nintendo was showing off its own selection of excellent indie titles including Costume Quest 2 (*roar but #DoubleFineIsntAnIndie *roar), Affordable Space Adventures – which looks to be an exclusive – and even Toronto’s Runbow which I can only.describe as a cross between Nidhogg and Speedrunners.

We covered Runbow back when it was in early beta at Bento Miso in Toronto, and since then it has been given a major graphical update. I predict a hit for the local multiplayer crowd.

Speaking of which – local multiplayer really was the big trend this year: from the aformentioned Nidhogg and Speedrunners and Towerfall Ascension going mainstream, to the upcomers Starwhal: Just the Tip and Runbow – both from Canadian devs, to OUYA’s growing array of excellent local multiplayer (Bombsquad, Ice Rage, Duck Game, Hidden in Plain Sight) – this genre is just getting bigger all the time.

I attribute this to the fact that people want to play together in fast and realtime, elbow rubbing, true social fashion. It makes games feel like outdoor sports, something we are all perhaps missing since Facebook took over for the local park.

Speaking of local multiplayer – OUYA was back again with their own pavilion, showing off the dozens of new indie titles they helped launch including Neverending Nightmares (for which they matched the Kickstarter funds), Duck Game (this year’s Towerfall) and Back to Bed – a Salvador Daliesque puzzler.

For some reason, all the IndieCade Digital Selects were still crammed into two tiny little tents in the back corner. I really would prefer to see these up-and-comers given more space to shine and get exposure to the wandering crowds. These tens housed some excellent titles like Hyper Light Drifter, Universe Sandbox 2 and DigiPen Team Mocha’s Sunder.

Developer: Love Shack
Just blew me away. The sidelong, 2D silhouette animation is so well done, I had to be convinced by the developer that it wasn’t just rotoscoped film a la Disney’s Snow White. No, in fact, the animator is just that good. Probably why the game won the Visual Award. Moreover the mechanic is amazing – move the panels of the comic book around to modify the outcome of events. You can do this beforehand or in realtime. The whole game is about 2 hours in length, or the the length of a great noir film by which this is inspired.

The game will have its initial release for iPad but will move on to other platforms eventually. The developer admits it is (thus far) best played on tablets.

Finally, (though hardly comprehensively), I was rather excited by LyteShot – an open sourced IR/Bluethooth enabled peripheral for LARPing and other live action sports and games that even allows for personally 3D printable addons, all run through an app.

Here is our video interview with the creator behind this innovative new technology that promises to reboot the Lazer Tag concept and push it to new heights:

The company plans to launch a crowd-funding campaign at the start of 2015. 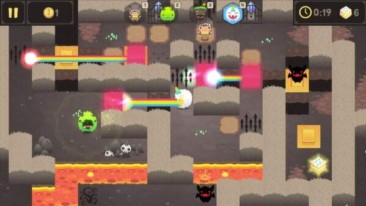 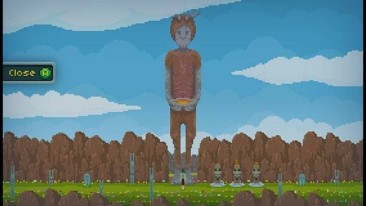