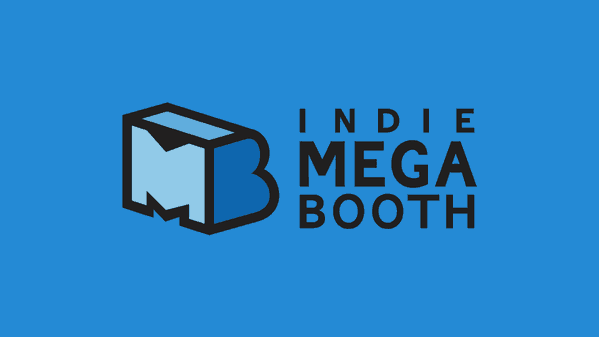 Pax Prime 2015 will run from August 28- 31 of this year. Featuring a gargantuan 76 games from 74 devs, 2015’s Indie MEGABOOTH once again brings one of the world’s largest collections of noteworthy indie titles.

by League of Geeks

In this card-based digital board game, the King of Armello is slowly succumbing to a disease known as Rot. Use each turn wisely! Each player seeks to seize power when the king finally breathes his last.

Drill for precious ores on a mining moon, but be wary of the other team! This co-op heavy title features smart teamwork options and a sugary-sweet 80’s Saturday morning cartoon coat of paint.

by Tales of Game’s 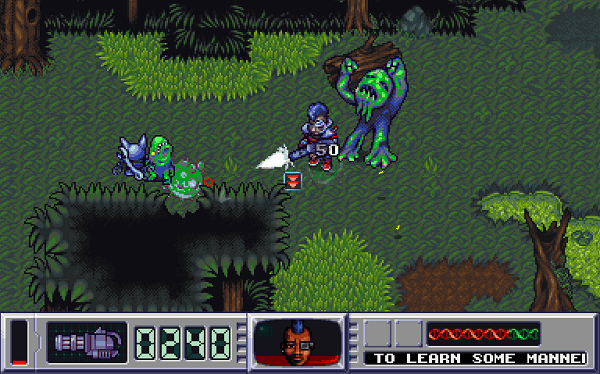 The sequel to Barkley: Shut Up and Jam: Gaiden promises more surrealistic RPG parodies, science fiction and basketball. Plus, this time it’s an action RPG instead of taking the turn-based route, so dunking on inhabitants of a futuristic dystopian wasteland in real time may or may not be involved…

One of our Most Anticipated Games of 2015, BELOW is a top-down survival-oriented adventure with procedurally generated environments and music by Jim Guthrie, who also worked with the studio on Superbrothers: Swords and Sworcery EP. 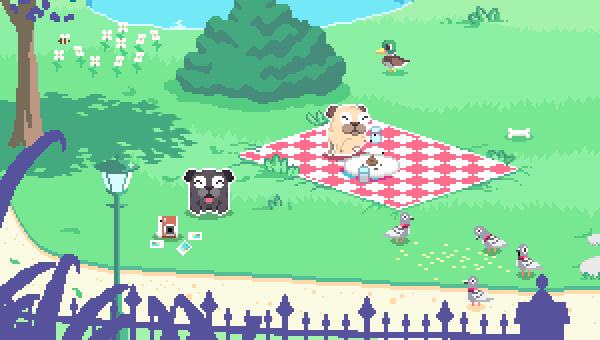 Explore Central Bark, and get a taste of life as man’s best friend. Most people in the know have this game pegged to snag coveted “Best Indie Game to Feature a Gigantic Track Ball and Dog Butt Controller” title. Seriously…this game has a dog butt controller.

by Pixelsaurus Games and Future Crayon

An official “re-imagining” of indie game favorite Captain Forever, this procedurally generated space action game will have you blasting apart random enemies for spare parts in your quest to build “the raddest spaceship.” You had us at “raddest spaceship.”

Hack ‘n’ slash dungeon crawling meets Metroidvania exploration in this one, currently under development for PS4 and PC. Chasm has the side-scrolling retro graphics you’ve come to expect in this style of game, but they’re extra gorgeous this time around, all candle-lit wizard’s lairs and moss-covered ruins.

A violent yet comedic murder mystery from the creator of Deadly Premonition, D4: Dark Dreams Don’t Die looks to be over the top in every sense of the word, a tongue-in-cheek take on the cliches of contemporary noir right down to the protagonist, a psychic detective with amnesia.

Darknet is an early standout for Oculus showcase game titles – this one involving manipulating abstractions under the pretense of hacking.

This survival racing game, one of our Most Anticipated Games of 2015, combines racing challenges with atmospheric exploration in a neon-lit world halfway between Tron and Akira. 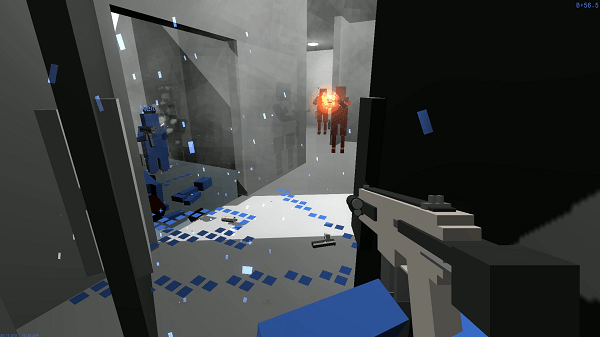 A love letter to “classic” tactical shooters like Rainbow Six, Due Process is a strictly multiplayer game that focuses on cooperation tactics, and planning.

Beyond the self-evident title, Eco is an ambitious world-balance simulator with “thousands of inter-dependent plants and animals that grow, feed and reproduce” and where “growing civilizations risk deforestation, pollution and mass-extinction.” Fortunately the visuals use a slightly squishy, cartoony style so that you don’t fall into total despair after attempting to solve this sim’s challenges.

See also our review of Fate of the World.

17-Bit Games mashes up everything great about anime from the ’70s and ’80s. The onboard Cyntient AI is wicked, and will make every galactic dogfight unique and deviously challenging.

The hotly anticipated 2D RPG with glorious pixel art and score by Rich Vreeland, a.k.a. Disasterpiece has us still holding our breath. But how long can we hold our breath?

A voxel-styled puzzler from the good people who brought you SpaceChem and Ironclad Tactics with all the polish of Portal 2.

Made with Adventure Game Studio, Kathy Rain is a “sassy rocker chick with a knack for detective work.”

Keep Talking and Nobody Explodes

A collaborative virtual reality game wherein one person guides another wearing a headset so as to disarm a bomb. Designed for Oculus Rift, we checked this out last year at IndieCade.

Strange monsters have started to spring up across the land. The ruins of a lost civilization may be the source of the attacks. Explore the crumbled remnants and tackle enormous boss enemies in the sequel to the famously difficult cult Metroidvania.

Ladykiller in a Bind

by Love Conquers All Games

In this cooperative action RPG, up to four players can join up to create a tale of legendary heroes in a procedurally generated Mesopotamian realm.

Guide globs of goo across a mysterious wasteland in this platform puzzler.

A free-to-play digital card game in a science fantasy universe, Nova Blitz speeds up the card battle genre by having every player’s turn occur simultaneously; matches only take five minutes or so. It also looks heavy on lore, if that’s your thing. Come for the quick card battles, stay for the storyline and richly detailed portraits of mechs, zombies, space goblins and the like.

by the playsets team

This one’s for the tabletop gaming crowd; turn your tablet into a tabletop for online role-playing. Its isometric tiles and sprites are a lot prettier than scribbles on graph paper; this app might render the term “pen-and-paper RPG” obsolete.

Rising Thunder aims to bring classic fighting games to a wider audience by replacing complicated combo attacks with one-button special moves. It also has giant robots pummeling each other, which is pretty cool whether or not you were already any good at Mortal Kombat back in the day.

A minimalist 2D shooter and party game, Shoot Shoot Mega Pack lets you design your own mini-games, packing a lot of potential for different game styles into a deceptively simple-looking package.

The follow-up to bleak contemporary RPG Always Sometimes Monsters, this sequel is bound to feature more of the heartbreak and black comedy of the original.

Minecraft-style block-building meet strategy and city management. Not only do you have to craft your own tools, you have to keep a whole village safe and happy.

by Ryan Green and Josh Larson

A point-and-click adventure game about the developers’ own real-life experiences as the parents of a terminally ill child, That Dragon, Cancer was a finalist at IndieCade 2013.

The Magic Circle is both a puzzle game and a satire of the game development process. Thrust into a fantasy game that was never quite completed, will you manage to get it ready for release…from the inside? More importantly, will you understand all of the inside jokes and video game industry references?

by Double Zero One Zero

Feeling a lot like Papers, Please, The Westport Independent is “a censorship simulator about the last weeks on an independent newspaper which is to be dismantled according to a new government bill.”

A psychological horror experience in the third person set in a forest on the western shore of Norway.

This beautifully hand-drawn platformer has been in development since 2012 from developers Freaky Creations out of Guayaquil, Ecuador.

by The Quantum Astrophysicists

In this hand-drawn platforming challenger, you masterfully build each game level to stump your foes and ensure your path to success.

Explore the forces of creation and destruction on an intergalactic scale with this space simulator; incorporating climate simulation, real-time gravity and other scientific effects, the sequel to the original Universe Sandbox lets you crash whole planets into each other (or you could just play around with the weather on Mars, if you’d rather go the peaceful route).

Vikings are definitely a thing these days, and now they’re also a squad! Viking Squad is a lane-based, side-scrolling cooperative beat-’em-up with pretty delightful cartoon-inspired graphics.

Between Keita Takahashi of Katamary Damacy fame and Robin Hunicke, who has worked on such games as Journey and Glitch, this game has quite the pedigree. As you might expect, Wattam is colorful, playful and whimsical.

An atmospheric puzzle game with Oculus Rift support, XING: The Land Beyond cites as influences classics like Myst as well as more recent favorites like Dear Esther. Lavish environmental designs and eerie moments of quiet seem like a safe bet with this one. 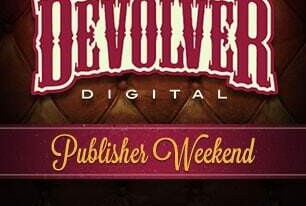 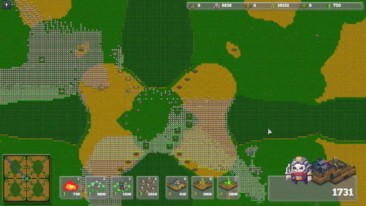