As post-secondary students are in the midst of completing another year of grueling finals, the International Game Developer’s Association, Toronto Chapter (IGDA Toronto) sought to question and challenge the value of higher education when it comes to game development. The key question for their April panel is whether vocational colleges and/or universities can equip the next generation with the right tools to succeed in the games industry. Excitement was high for the event, with online comments from people across Canada inquiring if they could see the recorded footage because they could not be there in person.

The five panelists hail from very diverse backgrounds and experience within their given specialties. It would appear to not be an easy panel to prepare for, as even the majority of the audience come with strong opinions and analysis of their own in this topic.

Avrim Katzman, moderator for this panel and the Game Design Programs coordinator at Sheridan College, starts the ball rolling with the following question: “How is game development education different from other fields, such as education in history and medicine?” All five agree that game development is so very new that it is immediately different from the long historical record of methods tested and tried with teaching in fields such as History and Medicine.

Ryan Creighton, the jovial one-man team of Untold Entertainment, with over a decade of experience in developing Flash-based games, was first to speak. He discussed how video games have only really proliferated as an industry in the last fifteen years. There’s also the question of what “truly” is a game – do experimental genres like Dear Esther count? (Readers of IGR may recall that, in writing for 2012’s Games of the Year, we had the same concern about discerning between games that are motivated by gameplay, and games that are motivated by narrative).

Dan Cox, a 3D modeler at Ubisoft who has had experience in the games industry for six years, in addition to co-currently teaching 3D texturing at Seneca College, weighed in with the argument that game development education have emphasized very trades-oriented skills. As a result, most vocational education that promised jobs following graduation tend to be reactive to market demands, which can be both good and bad.

Emma Westecott took a different perspective. She hails from OCAD University (Ontario College of Art and Design) and teaches Games Design as part of the Digital Futures department, which takes a much more critical theory approach. She takes up the consideration of Dear Esther and how it pushes boundaries – to her, as well as to its creators, Dear Esther is wholly a video game. It was first developed as a research project from the University of Portsmouth, UK, to explore storytelling and gameplay in First Person Gaming, and related to Dan Pinchbeck’s doctoral work on the subject, and was first constructed in Valve’s Source Engine. Considering the reception of Dear Esther and games like it that came out of university research, there’s clearly a place for it.

At the same time, Emma concedes that praxis – that is, researched theory that is applied to a game product – is still rare. This is especially true of games that challenge the canon of established game forms and content. Educators – and provincial public incentive – therefore have a contentious question to handle: Do we let mainstream industry set the standard, or do we keep it more open to new interpretations of what games can be? Steve Engels, senior lecturer at the University of Toronto in Computer Engineering, with focus on Video Game Design, Programming, and Artificial Intelligence, agrees that it is very hard to teach students to create a certain product. This is because it is the nature of game development’s heady combination of technology and art that makes the products change, compete, and reiterate so rapidly. In a four-year program in his Computer Engineering stream, students build their foundation in programming language and explore the full range of possibilities within the science. In the final year, they are really let loose as their own leaders and game facilitators, culminating in a game project that is created in partnership with Emma’s students at OCAD, and presented to the broader public at the annual Level Up Student Showcase. This way, they get to make many healthy mistakes from which to learn, while prototyping within classroom networks.

Michael Todd rounds out the panel. He emerged to prominence in the indie game scene years ago as a content creator, being intensely self-proficient at programming his own games as well as for freelance work. Self-learning and sharing expertise have been a hallmark to his success. As such, he stresses the importance of game jams, for which there are no equivalent in other fields like History or Medicine.

A game jam is a get-together where programmers, artists, designers, sound engineers, and other specialists gather and work on an intensive game project from scratch, usually over the course of a weekend. Thus, Michael himself has created some hundred games and prototypes a year, and his flexibility with programming languages has meant that he continually practices and iterates upon his craft. Game jams also mean a community wherein you submit your hard work to public opinion. In contrast, he declares, institutions are inherently slower at picking up models of experimentation, because they have a lot of bureaucratic red tape to cross. They also need to be able to give marks at the end of the day.

This only scraped the surface of the amazing depth of discussion that was happening at the Panel. Later on, the panelists discussed what colleges offered versus University education. Dan Cox mentioned something that resonated with the rest of the panel: That it is a waste of energy and money if any education teaches only technical skills, and nothing of soft skills, communication, or artistry. He gave the example that classes he taught combined intricate observational skills so that the 3D artist learns to see artistically and creatively, which is value-adding on top of the technical foundation – no matter how good 3D reproduction technologies and motion capture get, the artist still needs to be on top of the artistic intent and directorial vision, even when working with a team. Further, that balance between technical and equally-crucial soft skills affords a fuller picture to a student who needs a trial by fire to realize if this is really what he or she wants as a career.

Steve followed up with a strong contention that University programs are aiming to teach transferrable skills. Not only that, they’re directly transferrable because curriculums are reorganized each year as professors try new modes of engaging and challenging students, including building cross-institutional platforms for presenting projects, such as the Level Up Showcase.

Ryan gave his voice of support towards Emma and Steve’s joint projects, engendering a very necessary collaboration between technical and art groups, where the competition between students will continue to encourage better work. Having been at a game jam in the city, I can definitely say that it was a very positive learning experience to communicate ideas with programmers and people outside of my experience in 3D game arts and design.

Michael Todd mentioned that no one freelance employer has ever asked him about what degree he has, as it is his experience and portfolio of work that matters. However, motivation to do good work is different for everyone; some people work better in a team, and the networking base at school is a good compulsion to be disciplined while sharing similar values, but on the whole, he contends that schools haven’t quite iterated enough yet to offer good game design courses, and that may take a good half decade at least. Emma takes a very different approach and answers the implied question that she raised earlier: The combination of theory with hands-on new media allows students to create new fields and to discover innovation. It is the critical thinking that is important – not only in energizing the game development industry into new explorations, but also important for asking questions about life.

Emma then raises another important question: How can we bring more diversity of voices and backgrounds into the industry? For example, feminism and gender inequality are gaining renewed momentum through a different set of lenses in new media arts. Locally, much of this is achieved through the development research grant, Feminist in Games (FiG), created by OCAD in partnership with York University. At this point, someone shouted that there’s already the Dames Making Games (DMG) initiative, an organization that hosts women-oriented game incubators, jams and events. Without missing a beat, Emma responded, “Yes, FiG funded Dames Making Games.” The audience went wild with cheers.

It was a legitimately engaging experience to hear game development specialists and mentors collectively describe an encouraging picture of the diverse paths for learning about game development. Their methods may be different, as are their trajectories, but the attitude of innovation and love of learning that underlie their discussion is very positive. Whether you learn through apprenticeship, higher education, online self-learning, or a mixture of all three, the road ahead will be rife with challenges, resources and experimentation. 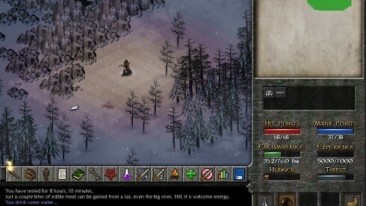