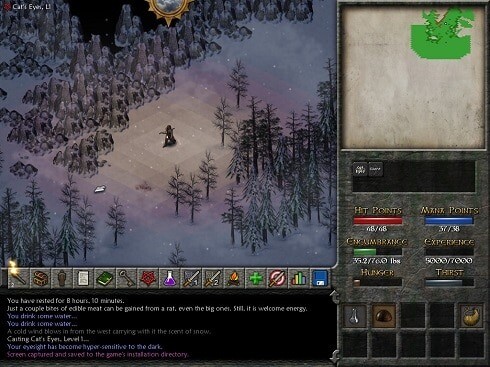 Though great indie titles like Unfinished Swan and Guacamelee have always been lurking around the halls of the PlayStation Store, they now have a designation to call their own. Citing continuing support of indie game devs, the new specification will bring an added focus to the efforts of smaller, more diverse development houses.

The indie titles will still be featured prominently alongside the AAA titles in the storefront, though players who would rather dive right into the indie catalog can now do so with greater ease.

Each week will feature deals on different indie titles. To kick off the initiative, the following games are discounted:

Retro City Rampage (link to our review) earned a spot on our Games Of The Year list for 2012.

We’re hoping this willingness to promote indie titles carries on as the PlayStation 4 nears its release.

Eschalon Books I and II now on GOG

Basilisk Games announced today that their classic isometric-view RPG titles, Eschalon Book I and Eschalon Book II can now be purchased through GOG.com. Each title is also currently being sold for 50% off. Due to its depth of narrative and customer characterization options, Eschalon Book II (link to our review) made our Game Of The Year list for 2010. While playing the first title helps to better establish the lore of the in-game realm, it isn’t necessary to complete it before starting the second book.

With Eschalon Book III loosely slated for a summer release, anyone looking to familiarize themselves can do so for half the regular price.

Get Eschalon Book I at GOG

Get Eschalon Book II at GOG