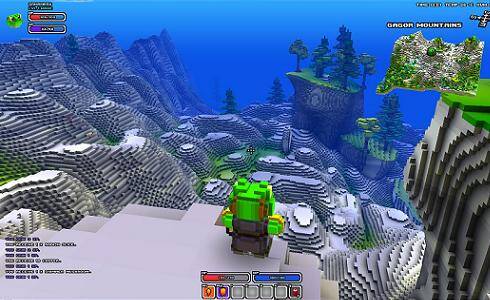 Cube World Preview: What We Think

Since the enormous success of Minecraft we’ve seen a growing tendency for developers to include procedurally-generated terrain in game design. There have been a fair few titles made in the same vein as Notch’s indie juggernaut and it would be easy to dismiss Cube World as falling into this niche; the game features worlds made entirely from blocks and visually it is hard to avoid making the comparison. That being said, the goals of Cube World are far removed from those of the successful building game.

Cube World strives to fuse the random world generation of Minecraft with the action, leveling and character development of a role-playing game. While the game features crafting, you cannot actually dig and build in the game-crafted world itself. The game was released for purchase on July 2nd 2013, but it is still very early in development and the current build is an alpha with many features yet to be realized. So is it worth an early purchase?

In fact, it has been in development for some time (since June 2011) and its creator Wolfram von Funck – who cites Zelda, Secret of Mana, Monster Hunter, Diablo and World of Warcraft as sources of inspiration – stuck to a policy of holding the release back until many of the planned features were implemented. The result is a fairly well-rounded alpha version of the game with plenty of elements to get players interested.

When you start a new game, you need to create both a character and a world. A character can be played in any world that you create and you’re never tied to one specific world. Character creation involves choosing a race and a class. The races available include humans, elves, dwarves, goblins, orcs, lizardmen, undead and frogmen. These races have no impact on gameplay and you can modify them visually to fit your preferences. 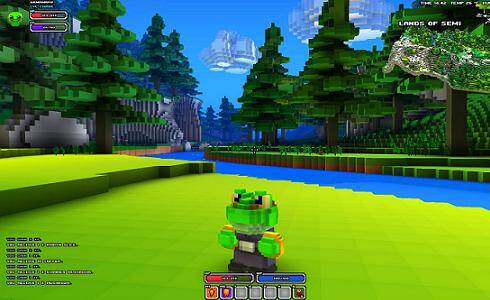 Class choice, on the other hand, does have a gameplay impact and will define how you engage in combat. Currently you can play as a warrior, ranger, mage or rogue; the warrior and rogue classes are melee characters while the mage and ranger classes fight at a distance. Each class has two specializations and unique skill trees that you can advance through by leveling up. The variety available is pretty strong already but more races and classes are promised in future updates.

Once you’re in a world you’ll quickly be given the opportunity to try out your character’s powers. There is an impressive array of mobs in the game, ranging from harmless undead explorers to aggressive and extremely dangerous squirrels. Mobs can be friendly, neutral or hostile. Neutral mobs will only attack if you strike them first while hostile mobs will pursue you if you get too close.

Enemy difficulty is indicated by name color. Grey enemies are weak, blue are about your level, orange enemies are a serious threat and red enemies should be avoided at all costs. Realms are designed so that you can encounter any threat level at any time but unfortunately this is a little unbalanced at the moment- I have found myself encountering orange and red enemies quite regularly and this has led to spending a lot of time running away.

The classes each feature enjoyable ways to fight ranging from the long ranged sniping of the ranger to the slow, powerful melee attacks of the warrior. The sound effect for impacts during fights is rather like the sound of a bouncing beach ball (which is a little strange) but combat is generally satisfying and there are several ways to fight for each class:

From Geometry to Geography

The landscapes themselves are fun to explore; the game features a wide variety of biomes ranging from field lands and deserts to snowy areas, jungles and lava fields. Additional biomes are planned for future releases and we can expect the development of the retail game to be focused on exploration and adventure.

Towns act as randomly structured hubs for several activities ranging from buying items to getting new quests. These quests are fairly limited at the moment and generally involve going to a location and clearing out enemies in that area. Locations such as huge castles and temples are generated on the map making for some fun places to explore during these quests.

There’s plenty to do in Cube World in addition to hunting down enemies. Pets can be tamed by using particular items and some of these animals can be ridden as mounts. There is also a sizable collection of boss monsters that you can slay (although these are sure to be tough challenges). As you level up you can put points into skills that help you navigate the terrain such as climbing, swimming, sailing and even hang gliding. The towns are fairly quiet at the moment and they could certainly be improved. The addition of more NPCs as quest givers and advisers would go a long way towards helping the player find some of the more enjoyable aspects of the game.

The graphics are bold and bright. Unfortunately it does take a while for worlds to load in properly when you first start up at the moment and a blue fog is used to obscure the unformed parts of the world around you. This can result in it requiring a while to pull back on even with a heftier gaming rig. The sound design is quite basic at the moment and the music hasn’t been implemented yet. In time, these elements will be added with updates. 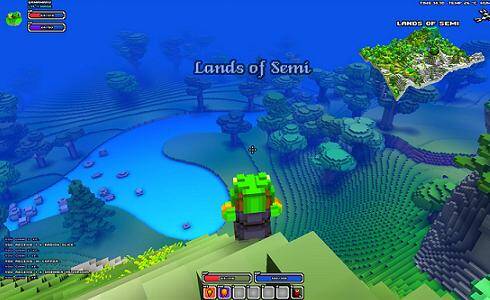 Cube World has a lot of promise; featuring an impressive combination of randomly-constructed turf, character development and exploration, the game has a strong foundation. There are many missing features at the moment and there is a need for more structure in the game but this game is definitely one to watch. The alpha is set to be cheaper than the later versions, so if Cube World appeals, it may be worth grabbing it sooner rather than later.

Watch a video of Multiplayer adventure in Cube World, and get a sense of the look of the game in motion:

Learn more about Cube World at the Developer’s Site 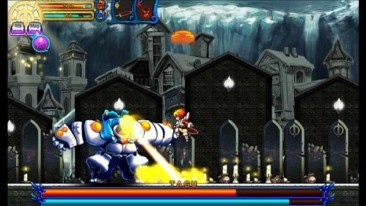 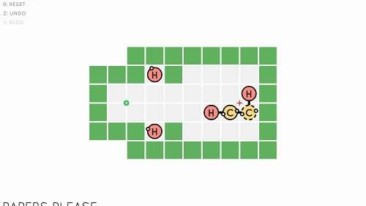 Review: Sokobond – Getting Puzzle Games Down to a Science