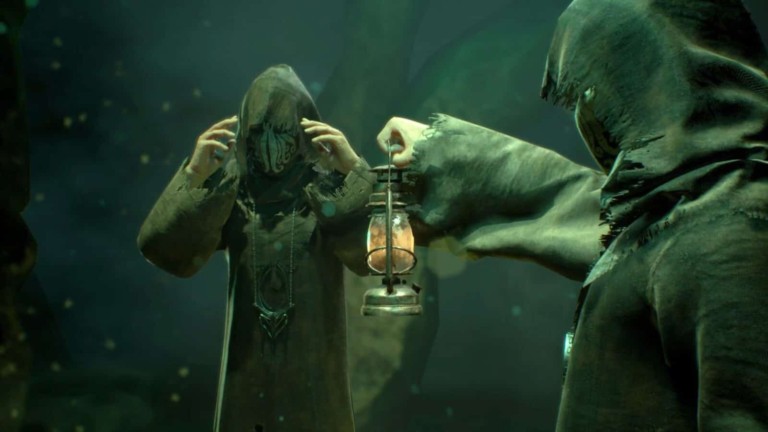 Call of Cthulhu by Cyanide Studio

The latest attempt to translate Call of Cthulhu – the tabletop RPG setting based on the works of H.P. Lovecraft – into video game form is the simply titled…Call of Cthulhu. 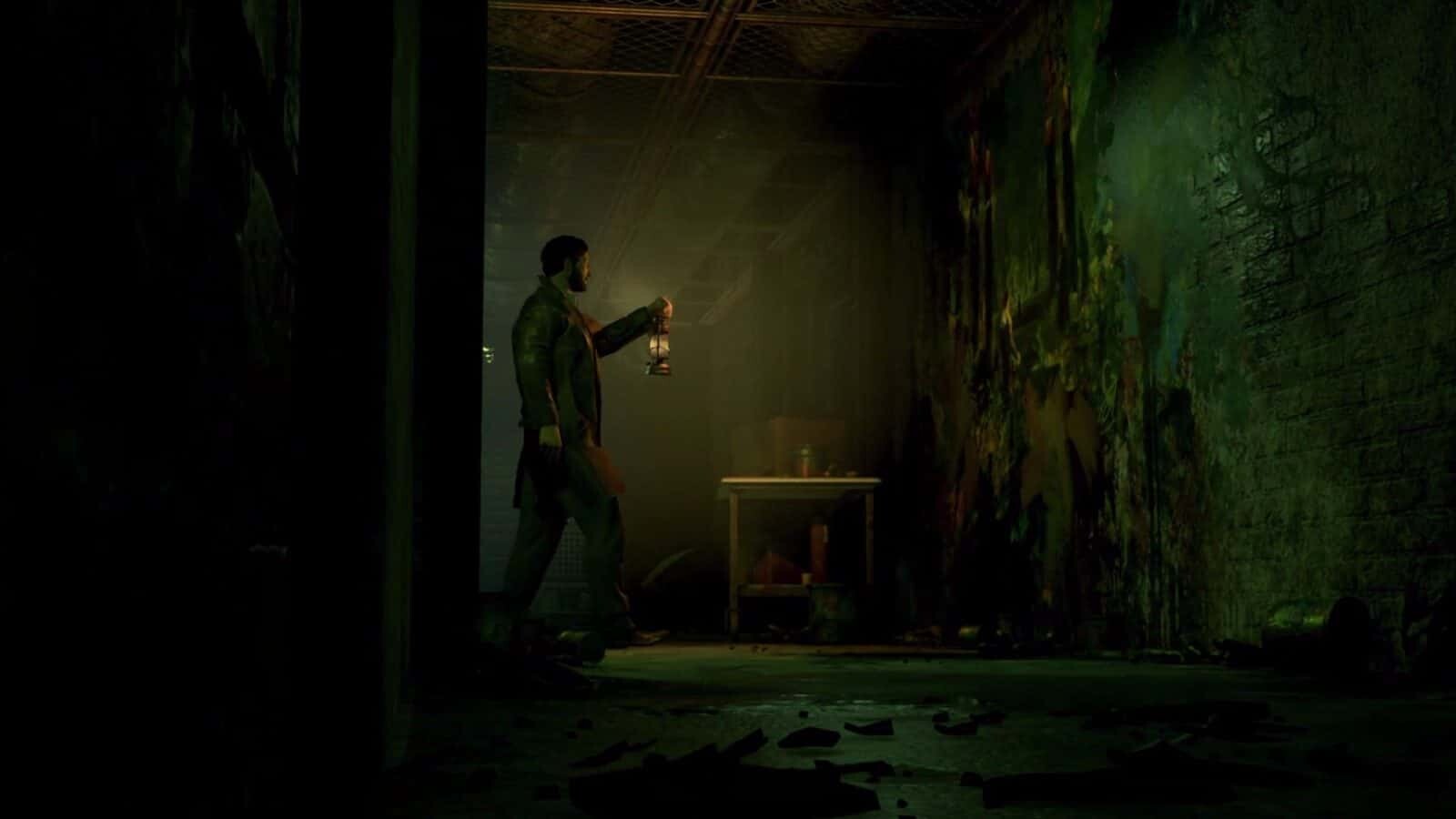 Despite its tabletop RPG origins, Call of Cthulhu plays more like an adventure game than than an RPG. Though there are statistics to improve – allowing you to deploy character points into everything from Strength to Psychology – there’s no combat, no grinding, and the statistics in question unlock potential conversation and puzzle options without having much of an effect on the way the story plays out.

As an example, there’s one puzzle involving a secret passage, but if you’ve allocated enough points in the Strength statistic, you can just use brute force to get the passage open rather than figuring out the puzzle. 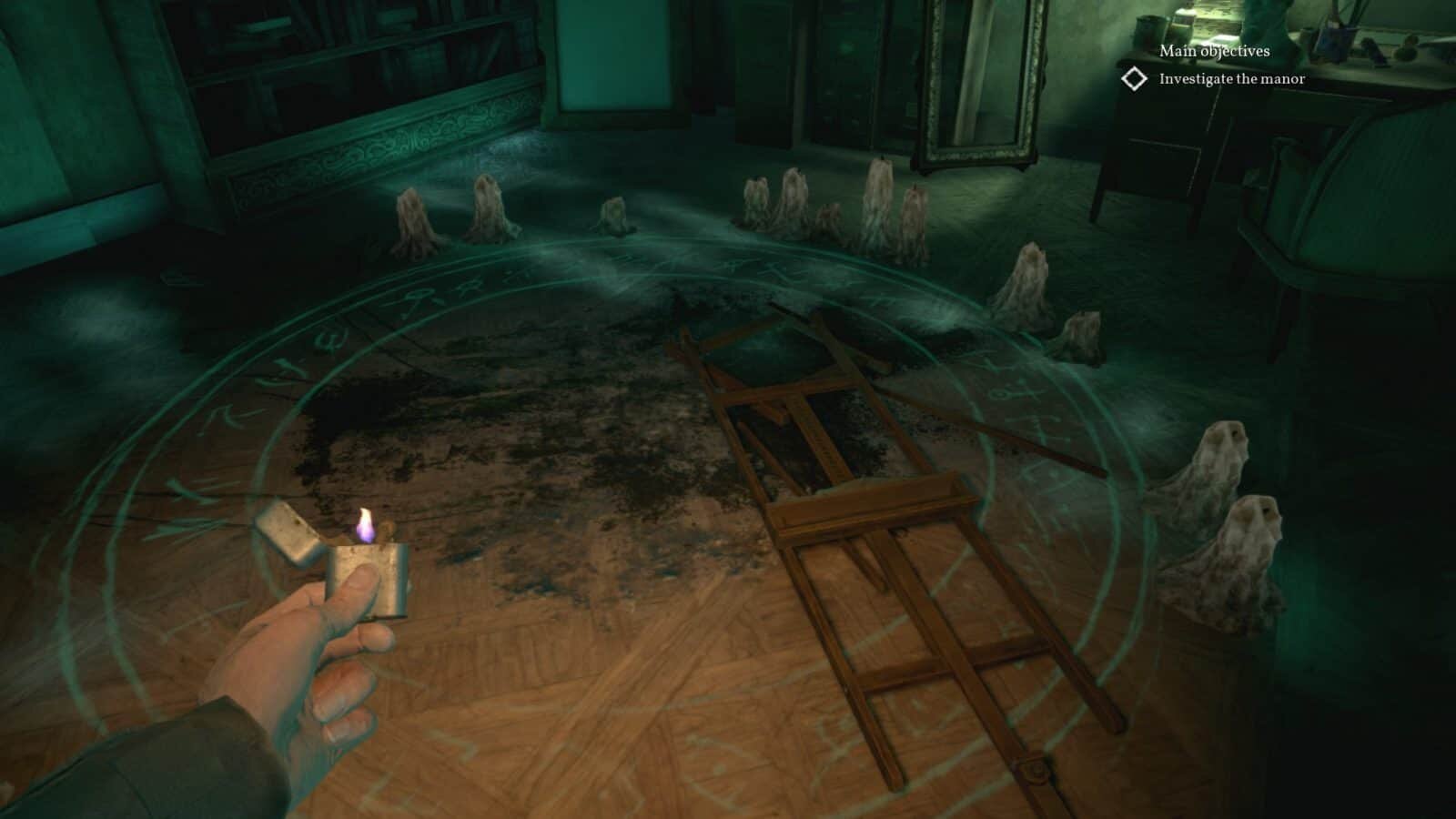 As far as the puzzles themselves, they’re fairly par for the course, and while some – like rotating sails on a model ship – seem less necessary to the plot than put in place simply to give the player something to do, they all follow an easily discernible internal logic.

On the plus side, there are loads of secrets to find (and even more if you spend a lot of points on the “Spot Hidden” statistic). And an interesting flashback mechanic shows up at certain crucial locations. While the flashbacks are visually reminiscent of Tacoma, in this case, they’re not holographic recordings, but rather a representation of the detective’s ability to mentally reconstruct a scene from physical clues. 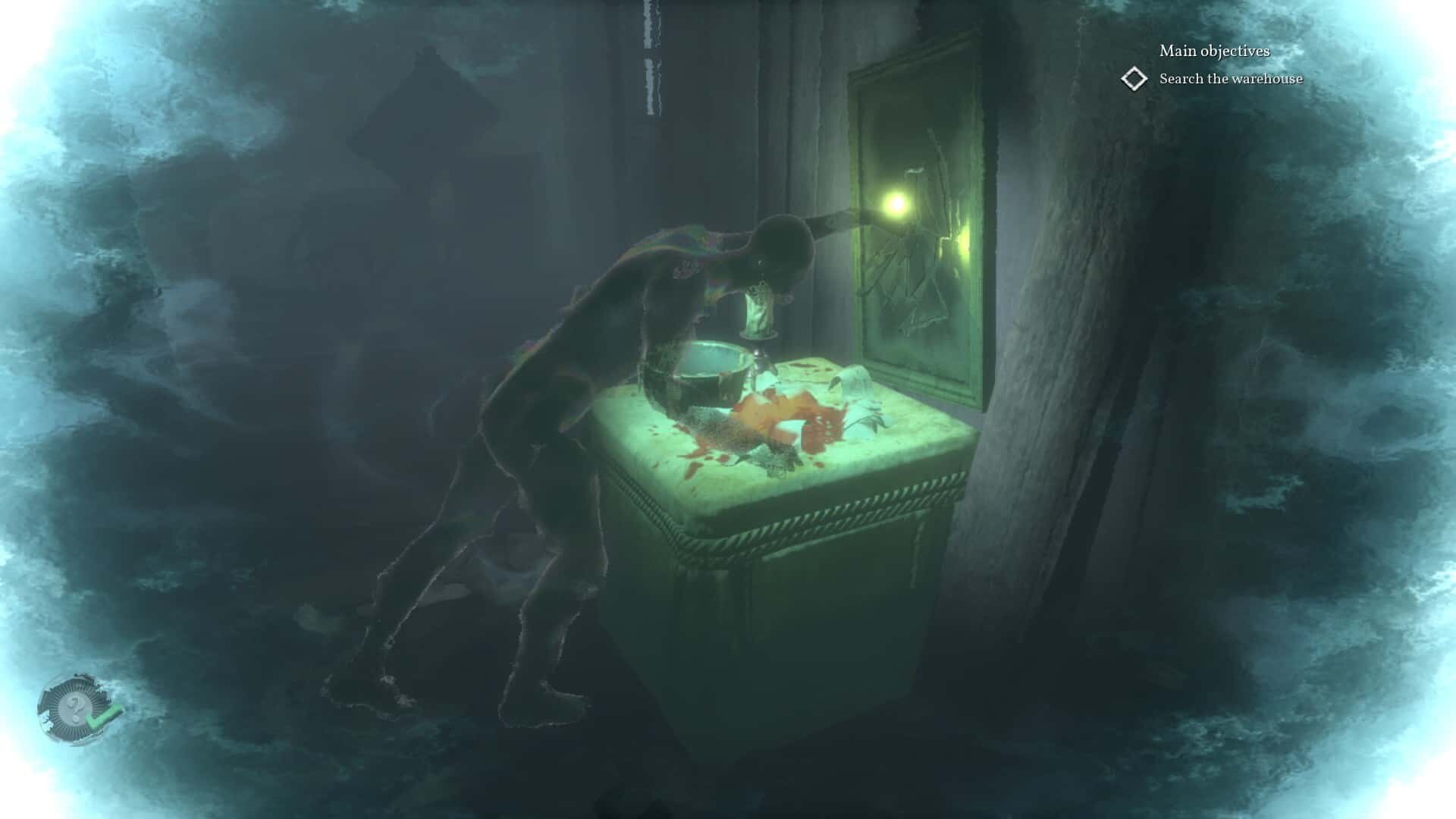 The occasional stealth and chase sequences also manage to stay mostly on the right side of the line dividing “heart-pounding thrill” from “frustrating repetition.”

The Call of Lovecraft

For most players, though, the mechanics are going to be less crucial than the story. Fans of Lovecraft and the horror writers, films, and games he inspired can be an obsessive lot – and I should know, as I’ve been fascinated by this stuff since I was a teenager – and Call of Cthulhu has plenty to keep them happy.

A few of the themes and stories to which the game pays homage: 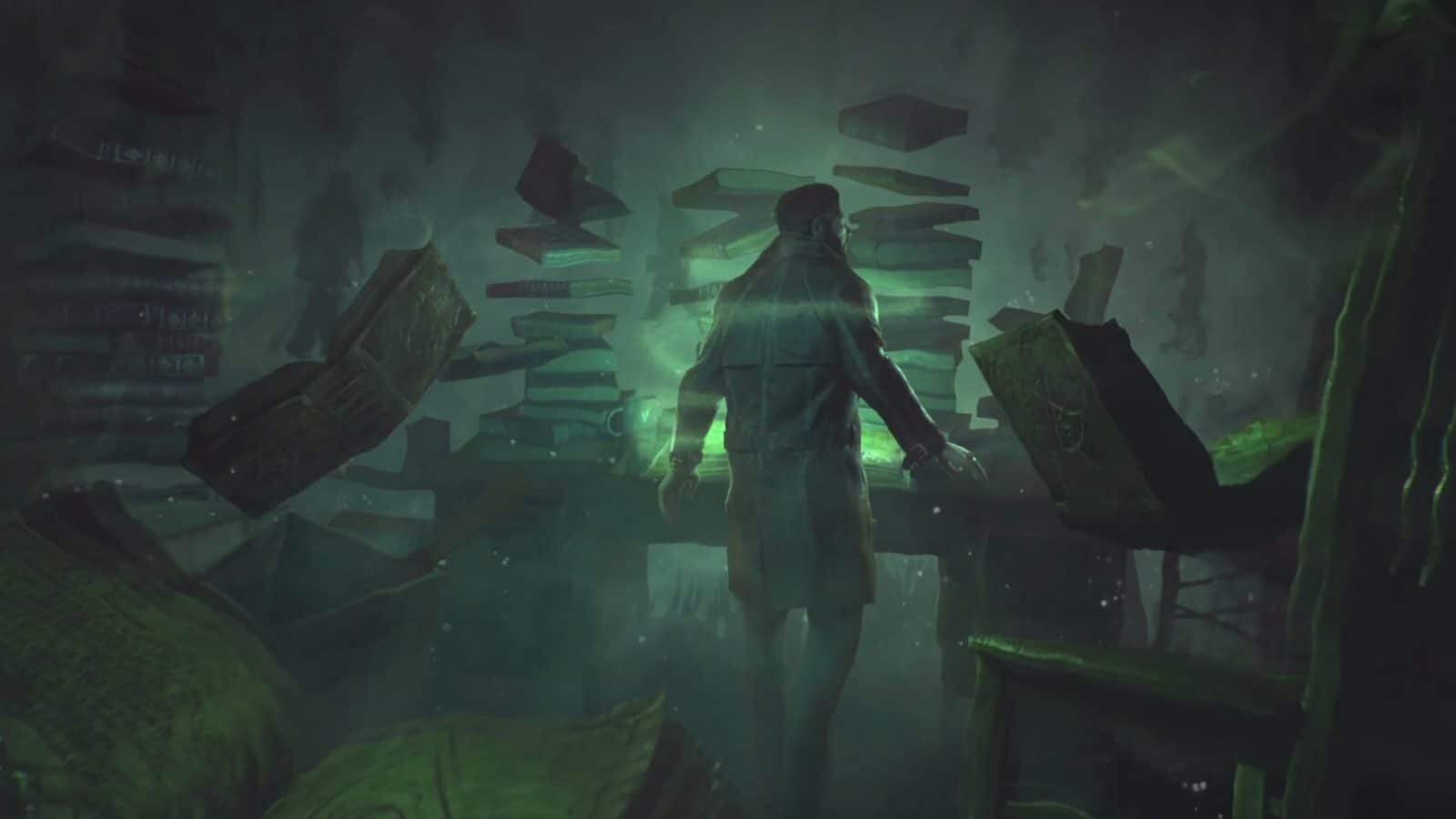 Loads of oblique references to short stories aren’t enough, and one thing this particular Call of Cthulhu game has in its favor is that its own story is decent.

Despite a pretty cliched film noir beginning to introduce its protagonist, a character who, like the protagonist in Dagon (another short story reference!) is haunted by what he experienced during the first World War, it goes on to tell a compelling – if occasionally convoluted – tale involving ancient cults, mysterious omens, creepy medical experiments and cursed paintings.

It isn’t perfect, by any means. Apart from the protagonist, who sounds a bit like a young Bryan Cranston, the voice acting ranges from perfunctory to embarrassing (who knew there were so many ways to butcher a lower class New England accent). I also found the facial animations during conversations to be off-putting. 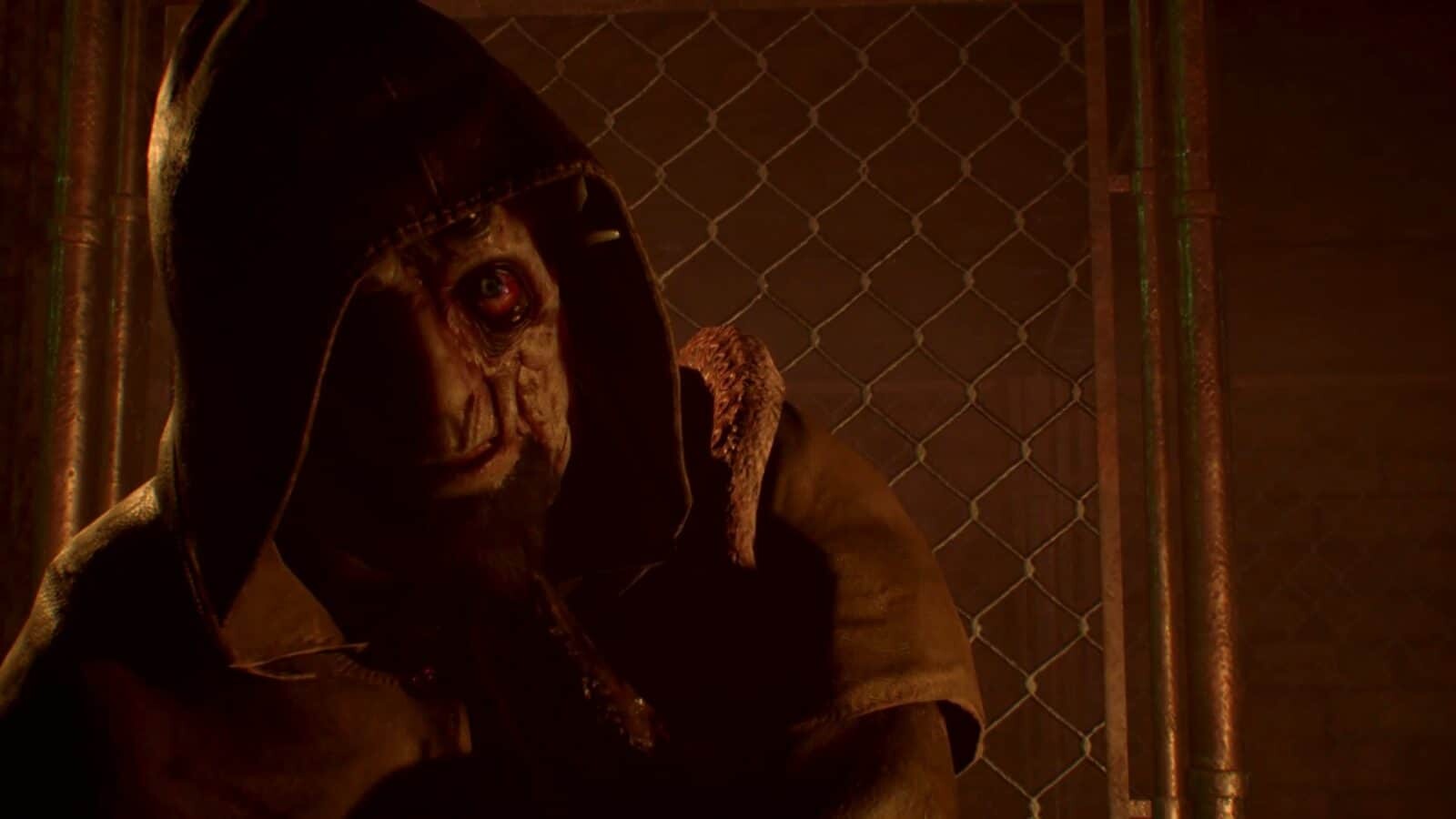 That said, it gets plenty right. The little island of Darkwater is beautifully rendered, as are most of the environments, from the caverns below the town, to the hospital, to the decaying hilltop mansion. The music and sound effects are suitably creepy, thanks especially to Markus Schmidt’s understated and eerie soundtrack. And the story had enough twists and turns that I kept playing just to see what would happen next.

This is more Bryan Lumley or August Derleth than Thomas Ligotti – a Lovecraft pastiche, rather than an innovation of his themes. (For that, try something like Darkest Dungeon or Amnesia: The Dark Descent.)

But it’s a good pastiche.

And like so many things derived from Lovecraft, Call of Cthulhu is worth enjoying not just because of what it is, but also because of what it could be. It’s a lot more fun – if less in keeping with Lovecraft’s own pessimism – than being disappointed by the elements that fell short.

Call of Cthulhu is available via the Sony PlayStation Store, the Microsoft Store and Steam.

2 thoughts on “Call of Cthulhu Review – We Heed the Call” 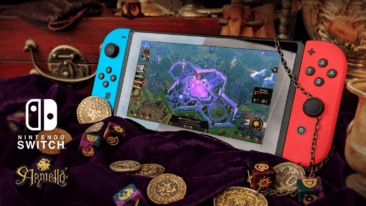