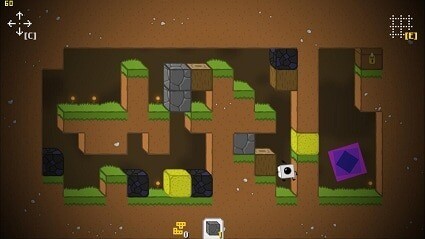 Blocks that Matter – What We Think

Blocks That Matter (winner of the Dream.Build.Play 2011 Challenge) is quick, slick, and wickedly challenging. It will topple your brain, Jenga style, and you’ll come back for more. BTM wastes no time giving playful nods to indie game culture. The game is set in Sweden (the home of all indie games), and features two indie game programmers, Alexei and Markus, who have achieved fame for their previous works. The anticipation surrounding their latest unreleased work proves to be too much for two gunmen to handle, and the programmers are kidnapped at gunpoint. Unbeknownst to the bad guys, Alexei and Markus were actually developing an adorable drilling robot. It’s up to Tetrobot to save his creators!

Tetrobot can collect some materials by drilling them or by hopping up twice underneath a block. A block inventory can be seen on the bottom of the screen. To the left of this is a tetramino counter. One of Tetrobot’s programming restrictions is that he can only place blocks as tetrominos (think Tetris blocks…any shape comprised of four other squares). To do this, Tetrobot must enter construction mode. This will also freeze the action around him.

All blocks are not created equally, and will react differently based on how they are positioned. Sand blocks and obsidian blocks will fall to the ground if not supported by another block, for example. Though obsidian blocks can’t be drilled, they can still be dropped into place. Using sand blocks in positions where they will fall away can come in handy when creating platforms in tight spaces. A block can be reclaimed if it can be smashed or drilled. If for some reason the blocks have fallen unfavorably, Tetrobot can self-destruct to reset a stage.

Thus in order to complete a level, you have to drill at the resource in the first place (sometimes it is challenging enough trying to figure out how to get it into your inventory, let alone to the portal) in order to have the opportunity to deploy it. It requires some mental reverse-engineering to avoid hitting the self-destruct button and getting through.

As if solving puzzles isn’t difficult enough on its own, there are enemies to contend with as well. Slimes will first damage and then destroy Tetrobot. Fireballs will unnerve as they tail you around like something out of Donkey Kong (except these are bigger). The player will have to avoid all enemies and position his tetrominos just right to reach the warp gate at the end of each stage.

In some stages, Tetrobot may spy treasure chest blocks. These can be drilled much like the others, only reaching them will not be as easy. Collecting on of these blocks and completing the stage will award the player with a Block that Matters: a nod to one of several other great block-based games (such as Lode Runner, Ilomilo, Minecraft and Tetris).

Once awarded, BTMs can be seen in the level select screen. They list the game, and the platforms it was available on. Besides the ingenious tip-of-the-hat to great block games of yore, these will also stack to unlock additional challenging bonus puzzles. Block is the New Black

Blocks that Matter sports crisp, bright graphics, and some nicely done contempo ambient music. The screens seen in the game’s introduction also contain some impressive artwork. The character sprites aren’t overly complex, but have a light, cartoon-like feel to them that fit the slightly absurd storyline.

The level designs are nothing shy of ingenious. The BTMs scattered throughout the game will undoubtedly call out to any self-respecting puzzle enthusiast, and demand multiple playthroughs of some levels. The bonus levels will call upon puzzle-solving and platform gaming skills combined.

Though at times, Blocks that Matter can be frustrating, it is never at the fault of bad design. Mixing a combination of game play elements, from puzzler, to platformer and a post-modern self-referential storyline to boot, it is endearing enough to keep even less ambitious players engaged. There are more than forty stages to conquer, and bonus levels to unlock besides.

Blocks that Matter on Steam

2 thoughts on “Blocks that Matter – an Indie Game Review” 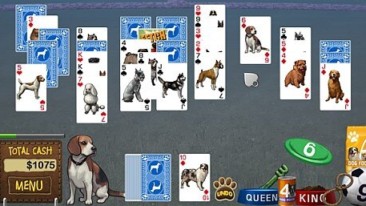 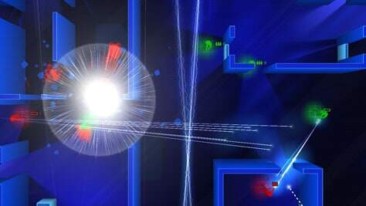