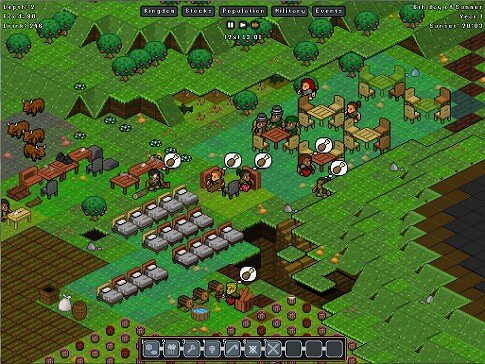 Gnomoria is currently in alpha, which means it is accompanied by a steep learning curve and dodgy UI. At its core, and the in the most simplistic definition, Gnomoria is a Dwarf Fortress clone. A lot of people first think of Minecraft when they hear of Dwarf Fortress, but in this case it might be best to think of some sort of game between the Sims and SimCity; this is really a sim game set in medieval times with gnomes. The developer describes it is a sandbox village management game. Within that triangulation you are welcome to concoct your own definition.

Diving into gameplay, you begin with a group of approximately six gnomes. It is your job to not only keep them alive but to create a society that thrives. Doing this will attract more gnomes to your kingdom but of course with the downside that you will also attract enemies. With enemies comes a need for self-defense. You quickly get into this cycle of mining for ore and metals to create armor and weapons to have gnomes use to defend themselves. This requires you to then make sure the gnomes are fed and not thirsty which requires you to mine areas to designate for distilleries and farms. After a few hours of play I currently have 2.2k “Total Worth” for my kingdom which is the metric they use to judge whether you get more gnomes. I currently have sixteen gnomes and this ratio keeps until you hit around forty-four gnomes until a bug occurs that requires a steep incline of total worth (around 1.6 million) which isn’t game-breaking though I have read mention that the game probably couldn’t handle a hundred gnomes in its current state. The game only runs off one core which is a big issue because even in my instance of a few hours of play with sixteen gnomes it was using half of my 2.4 GHz core. The real issues with the game though, lay ahead. The interface for choosing items to build is nearly mystical as to when it will stay open. I encountered several experiences wherein I’d go to select a chair but the menu will collapsed thinking my mouse was off the menu. While grouping-off sections of the world for things like a dormitory or great hall usually seemed fine, I noticed that other things like mining would glitch and at times leave me with floating floors without materials beneath them.

Overall the game is fun, but it takes a while to get to the point where you can actually enjoy it. It’s slow to start and even speeding up time to its highest setting nonetheless required about an hour or two to really get into developing a village. While that’s not horrible, that first hour of mining and getting beds out can become a little tedious. Thankfully, after that the fun factor scales up fairly quickly making up for the initial grind. Given that the game is in alpha I am more than willing to allow that much progress will be made in balancing things out and adding new game elements before release, let alone the beta.

Gnomoria is on Steam Greenlight for your consideration. 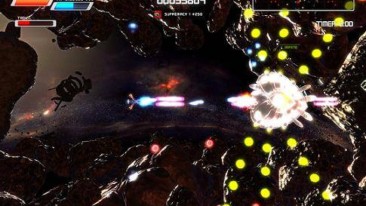