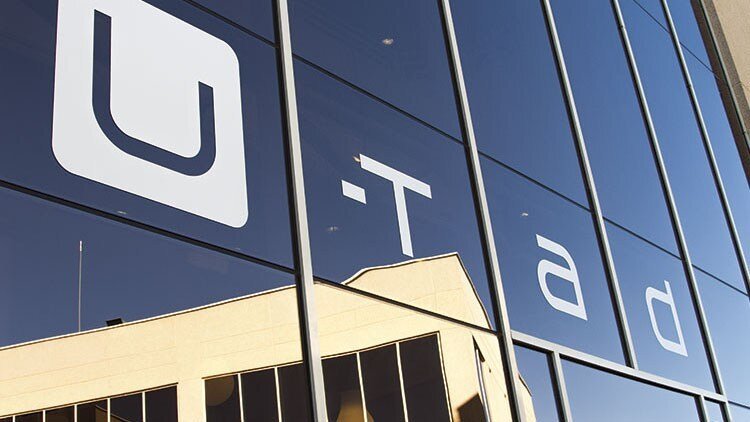 I discovered the Centro Universitario de Tecnología y Arte Digital – or U-TAD, for short – while putting together the free games section of my Column of Curiosities.

As I downloaded and played free game after free game, I noticed a couple of things: nearly all the best ones had ties to the same Spanish university, and more importantly, alumni from this Spanish school were putting out more quality games than I could possibly cram into a single section at the end of a monthly column.

Located in Madrid, U-TAD is a for-profit school funded in part by some of the biggest names in the video game industry, including Sony, Electronic Arts and Ubisoft, and even a peremptory glance at their website reveals an educational philosophy closely tied with industry and preparing its students to enter the workforce.

That’s an approach that has its pluses and minuses – it’s probably not the best school for students who are going to college in part to figure out what they want to do with their lives – but it certainly seems to work for their video games program, which offers a Bachelor’s Degree in Interactive Product Design as well as three Master’s Degree Programs: Video Game Programming, Art and Visual Design for Video Games, and Game Design.

Some recent projects from recent U-TAD graduates, all available as free downloads from Steam, highlight the quality of the instruction: 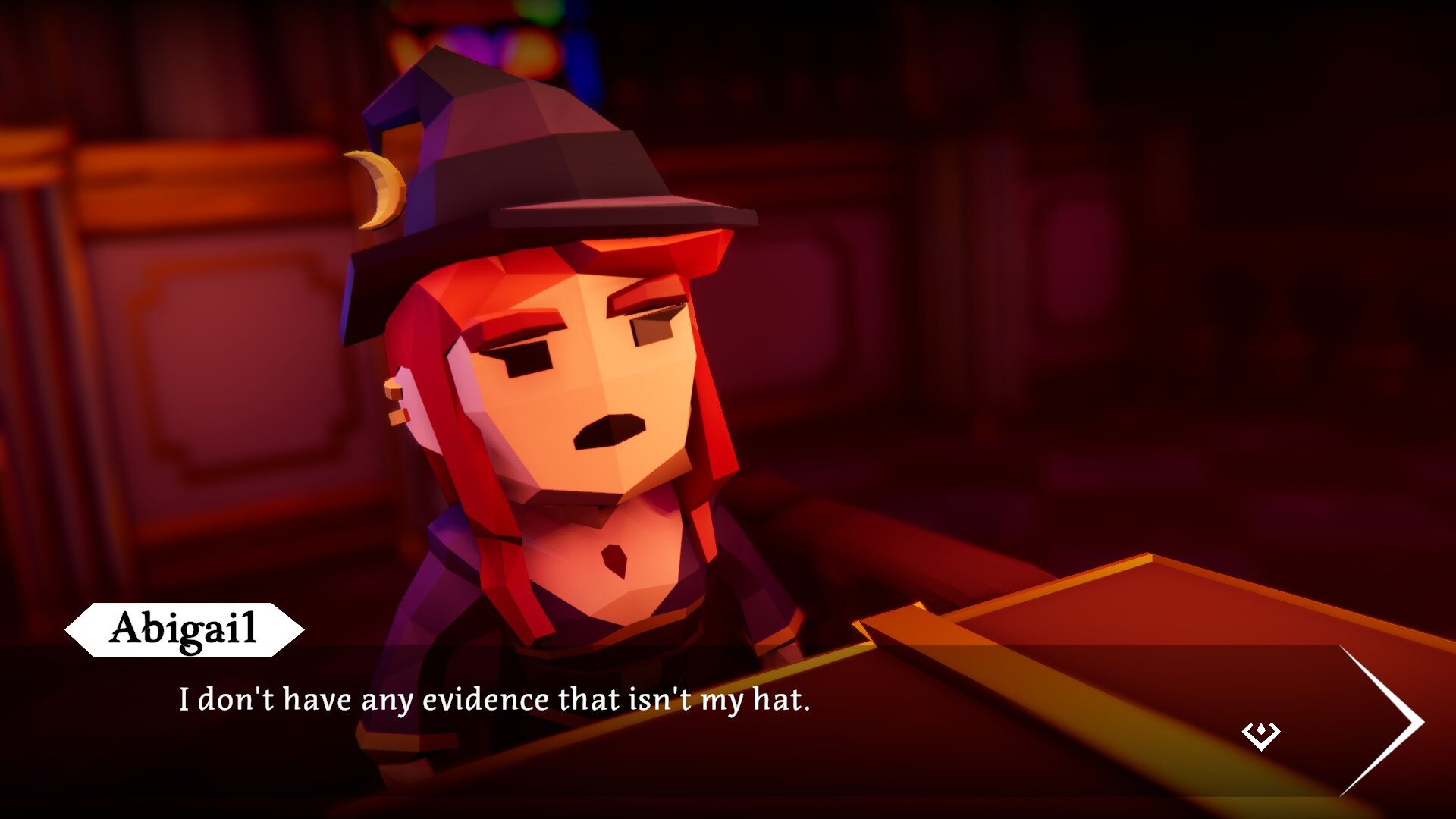 Set in a fantasy village inspired by Medieval towns in general and the Black Plague in particular, Burn Me Twice is a stylish plot-driven adventure game about witchcraft and conspiracies.

As captured witch Abigail Von Rattenhartz, it’s your job to investigate the cause of a mysterious plague and avoid being burned at the stake…again. (As it happens, you’ve already failed once and been brought back to life, thanks to a demonic pact.)

Luckily, though, you’ve got the dead on your side: a key mechanic here is the ability to travel back and forth between the realms of the living and the dead, and you’ll need to thoroughly interrogate the residents of both to solve the mysteries at hand.

Burn Me Twice is driven more by exploration than puzzles – and more by narrative than either – and as a game it’s imperfect, repeating certain scenes if you back-track and marred by occasional typographical and translation errors.

But it’s got such style and character! From the spooky and evocative low-poly art and lighting effects to light comedic elements that enhance the storytelling without overpowering it, Null Reference Studio have a real gem on their hands, never mind that it could use a bit of polishing.

by Not a Serious Game Studio 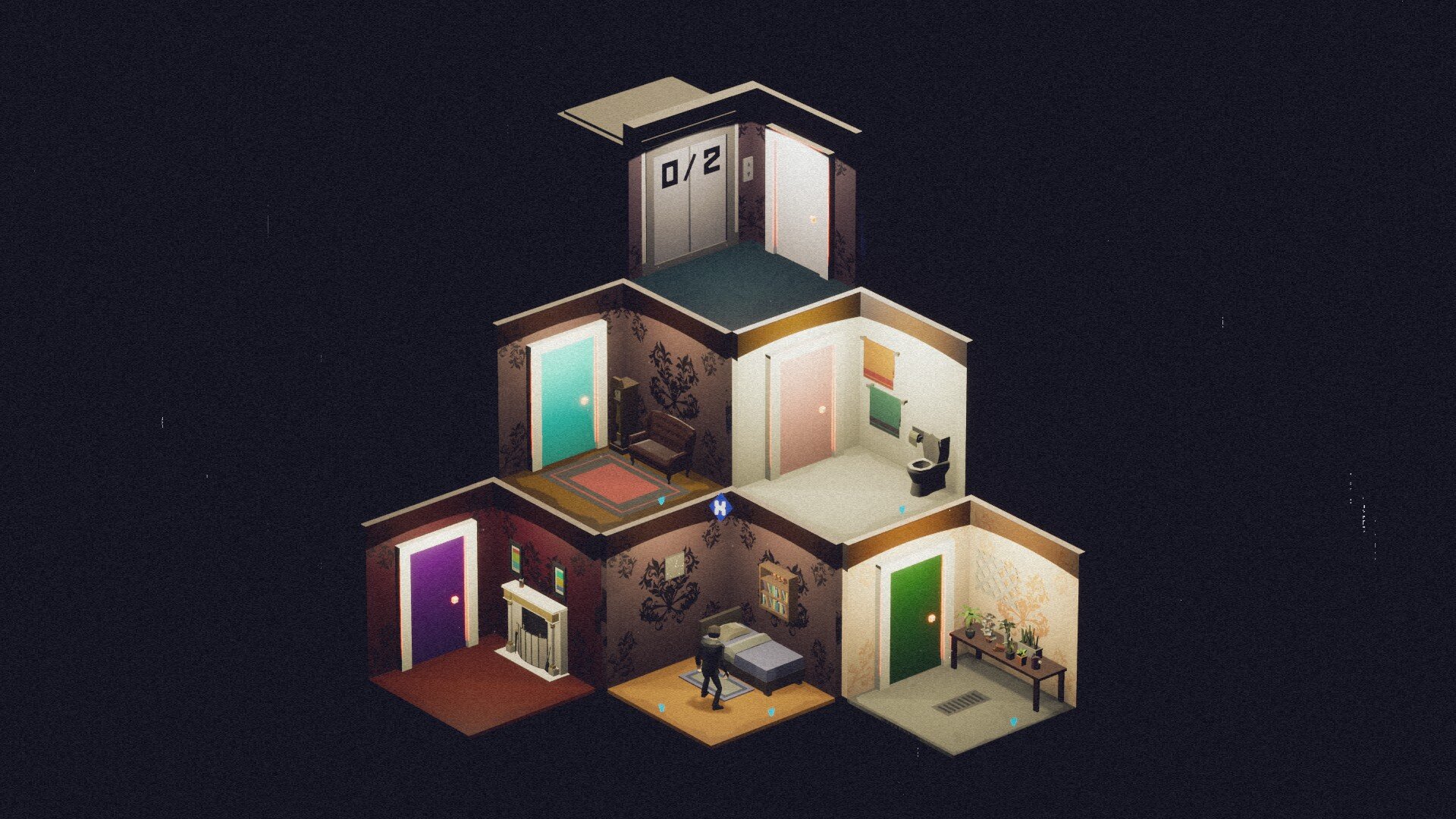 A beautifully presented series of spatial puzzles, Agent-00 stands out for both its presentation and its unusual puzzle-solving mechanics, both of which work perfectly together.

You know those edge-of-your-seat scenes in spy films where the hero sneaks somewhere off-limits to gather crucial intelligence documents and then get out before being caught? Not a Serious Game Company takes that feeling and puts it in isometric maze format.

Each level is a series of small boxes resembling houses or buildings – complete with official seals on the walls and other little details to capture that Cold War espionage feeling – connected by different-colored doors. The trick: remembering which doors lead where – watch out for dead ends – while also rotating the view of each room to catch every detail and purloin every dossier before making your escape.

It ends up feeling like a cross between maze and memory game as you mentally map out the quickest route. A countdown clock (not to mention some classic brass-driven spy movie music) adds to the ratcheting sense of tension.

Not for the faint of heart, nor for the slow-witted or slow-footed, but a beautiful juxtaposition of mechanics and themes. 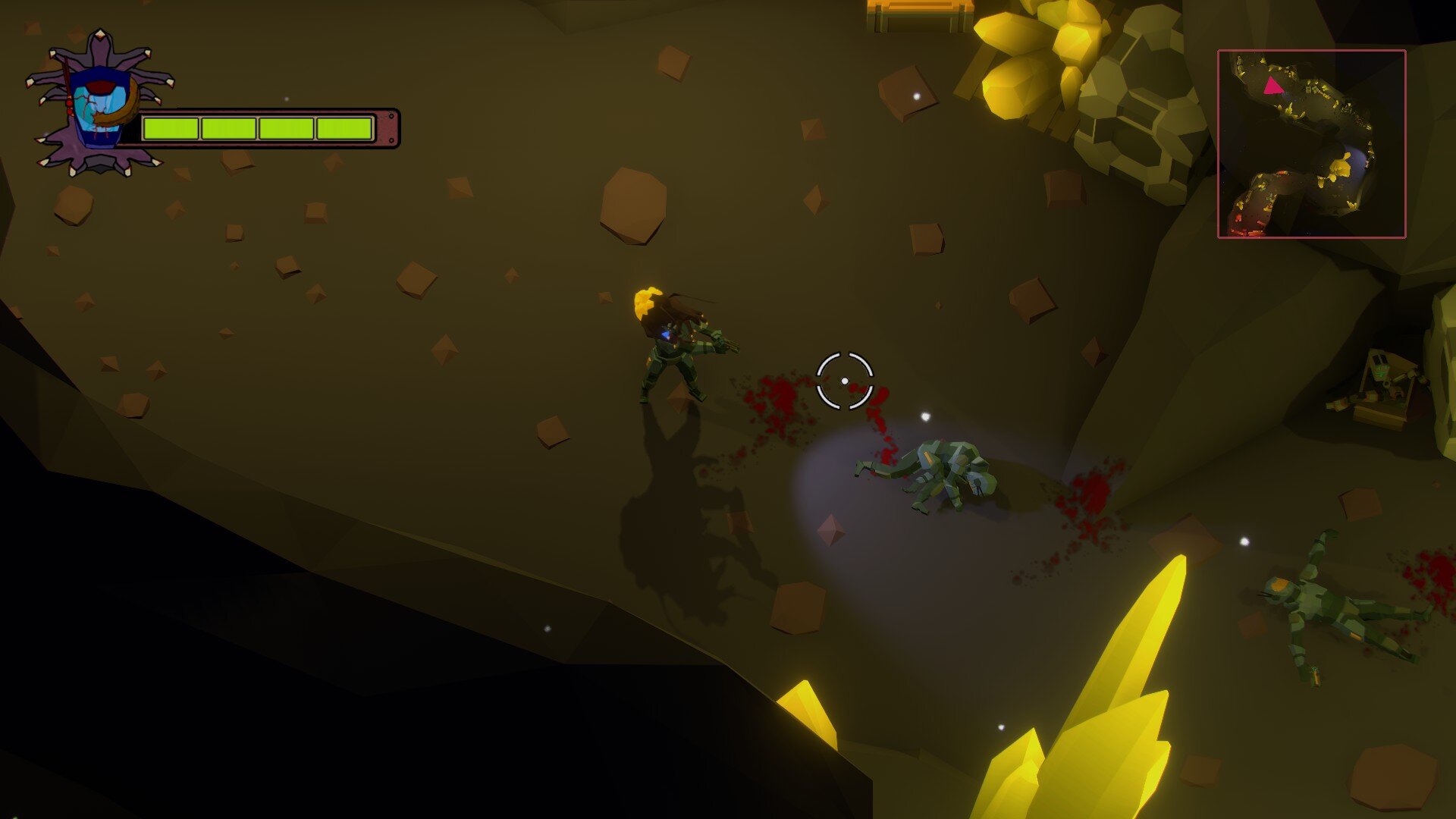 A slightly more conventional offering with a familiar twist, Not Their Will is a top-down shooter about an alien monster that can possess its victims wreaking havoc on a remote research station.

A variety of enemy types, plus added fun like throwing exploding robots at automated turrets, make this a lot more entertaining than a typical top-down shooter, and the vulnerability of your monster in its natural state – which is to say, unattached to a human head – encourages a more thoughtful playing style.

Another big mark in Not Their Will’s favor is its sense of humor. Although the alien itself has an unsettling resemblance to a giant earthling cockroach, the game is more slapstick than space horror, as evidenced by the opening scene, in which a space station worker dances the Macarena in the foreground, unaware that just behind him his coworker is getting his face eaten.

Charming stuff, and the low-poly approach to graphics highlights the humor. It’s Alien crossed with The Thing by way of your favorite obscure PS1-era slapstick game. 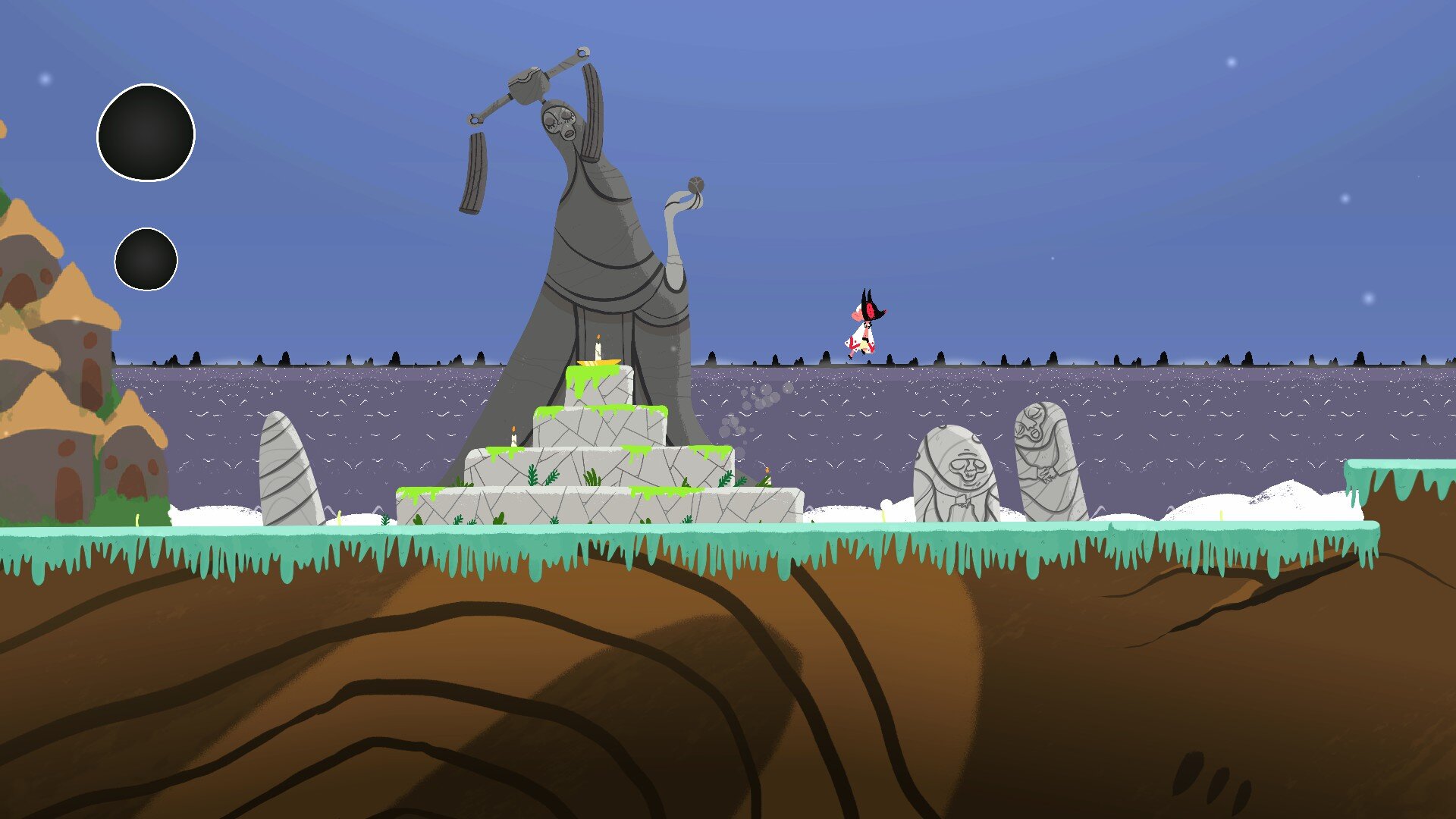 Way to Yaatra is another comparatively conventional offering, in this case a puzzle-platformer, it’s a pleasure to play, thanks to a game design approach that leans on thoughtful planning rather than perfect jumps.

Don’t get me wrong, there are still some brutal jumping sequences, especially late in the game, but by and large, the emphasis here is on working out solutions ahead of time.

The central mechanic involves throwing spears, which can be used both to trigger buttons and as additional platforms, so once you’ve worked out the best placement and sequencing for your spears in a given sequence, the jumping itself is almost an afterthought.

An illustrative visual approach that combines a lot of ancient India and a little bit of ancient Mayan sculpture creates a sense of mystical, storybook charm. 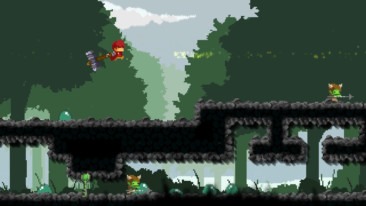 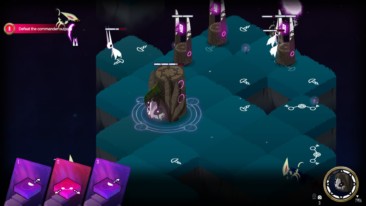